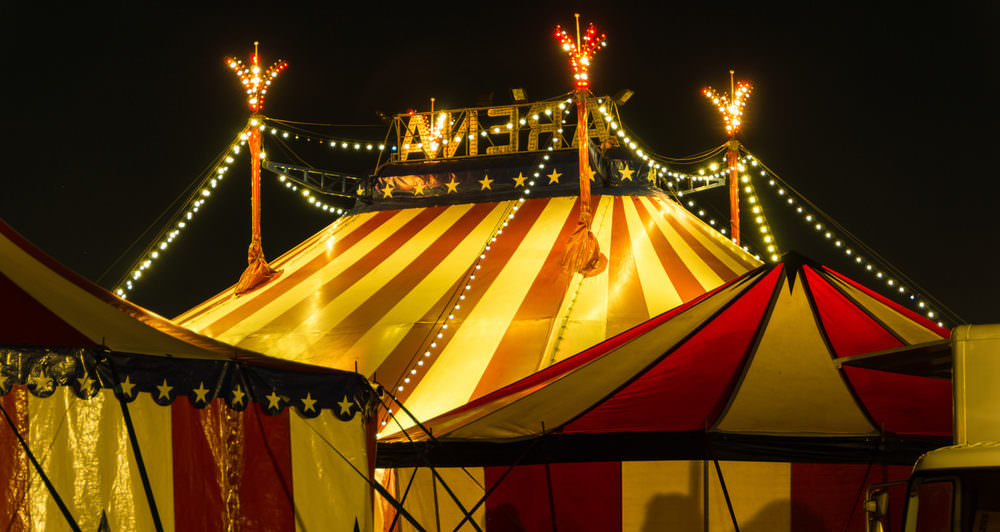 The Ringling Brothers Circus began two decades before the Civil War. After almost 150 years of delighting children of all ages, it has been shut down by the vicious group PETA.

When the circus announced that this would be its last season, it attributed its demise to “declining ticket sales.” They didn’t want to admit that PETA had destroyed them. But a little research makes it clear that the drop in tickets sales was due to the millions of dollars PETA spent on lies about the circus’ supposed cruelty to the circus animals, keeping many people away. Also, the circus had to spend millions defending itself against the repeated, frivolous lawsuits – money that could have been spent making the circus better for everyone (including the animals).

For 36 years this hate group has sued the circus over and over because supposedly it is “undignified” for animals to be on display for the entertainment of humans. Their website lists numerous lies as to what the trainers do to their animals. Now they are bragging that they have destroyed Ringling Brothers. Central on their website is a photo with the caption, “Victory! Ringling Brothers is shutting down.”

It is a shame that a Liberal group with a political agenda has been able to destroy an institution that has brought joy to hundreds of thousands of people for a century and a half.

The irony is that PETA doesn’t even like animals. The kill thousands of pets and wild animals every year. 94.1% of cats and 82.4% of dogs end up in their “kill room. According to testimony by veterinarians and employees, most are healthy animals – many of them puppies and kittens. And they even have a mobile “kill van.” Many people have handed their beloved pets over to PETA to find them “a good home.” In most cases the animals receive lethal injections as they drive away, and PETA employees have been observed dumping them in shopping center dumpsters. Documentation of PETA’s cruelty to animals can be found HERE:

NOTE: This article was originally published on www.ConservativeTruth.org
PLEASE LIKE US at www.Facebook.com/DrTomTV