And the Bimbo Award goes to … Feminists 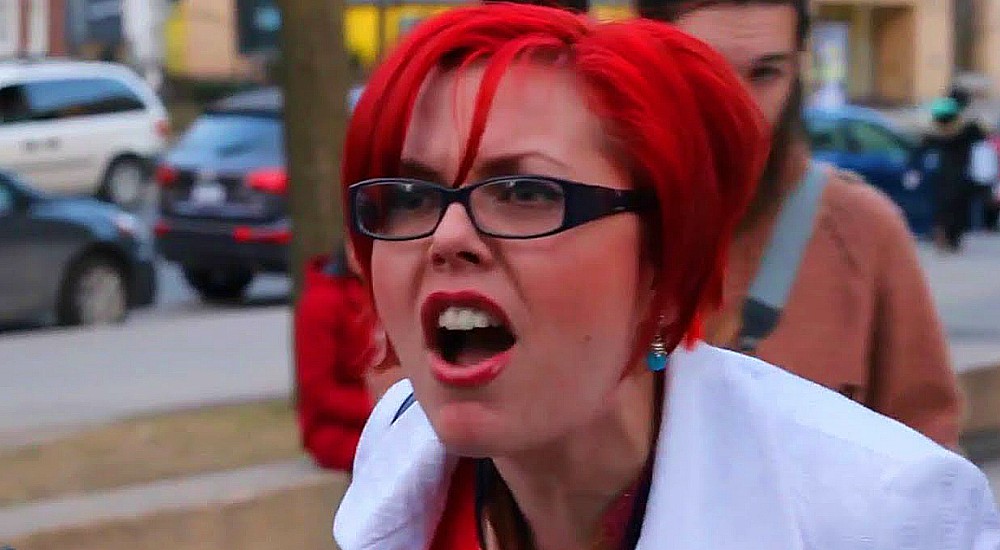 Nothing says “bimbo” like feminism. Case in point; “Police searching for a man on video punching 2 women in Los Angeles food court” as reported by ABC News and Yahoo. As you might imagine, a food court is a popular venue several men stepped up and pinned down this rather large man until police arrived. Except no they didn’t. In fact, no one came to the rescue of the two women who got hit twice each with what appeared to be fists to the face.

What we see here in this story is feminism manifested in its full glory. Whatever triggered this man to punch these women in the face …. twice each, could probably have been avoided.

According to the story, it all started with the man buying a hot dog. Apparently, he wasn’t moving along fast enough and one or both of the women suggested that he hurry up. It probably wasn’t said very tactfully. After being hit the first time both women got up to confront the man again instead of just staying down. The guy looked pretty burly and I doubt too many men would have told him to hurry up. What’s the big deal the guy needed a minute or two? But in 2019 if you’re an entitled feminist the world owes you and men are scum. Imagine their shock when they met the real world for the first time.

Bimbo’s in the streets of Los Angeles aside the other amazing achievement of feminism and equality was that even though many people witnessed the event, no one came forward and the man just casually jogged away. Why would anyone help them? They are women strong and invincible and can handle their own. Besides, it was California so who’s to say which were the women or the men or the …. well whatever. Most of the people didn’t even bother to pick up their cell phones and record it in fact only the last few moments of the manly looking person punching the crap out of the 2 girly looking people and the manly looking person casually jogging away.

Even with all those people around my guess is there weren’t any witnesses willing to testify.

This is what feminists wanted equality with men. They could only see the good side for decades and now they are starting to see the bad. Instead of safe in their homes raising their children as respected wives and mothers they got 40 hour work weeks in a soul-sucking job (just like the men) and a house full of cats and broken dreams. If they do have kids they are likely divorced because men are scum and when those kids turn into adults themselves they often don’t end up wanting to spend a lot of time with a mother who pushed their father away unless of course those adult children are majoring in female studies and need a bit of financial help. So much for only 40 hours a week.

As we can see for ourselves feminism has done wonders for women. Women now have parades in the streets celebrating exactly what kind of filthy sluts they truly are and how excited they are to murder their own children in their wombs right up until the moment of birth. The American woman has gone from family matriarch to street corner hooker monkey branching to the next better John (you know the guy with more money) or just giving up on men and finding beta males without a penis (butch lesbians).

Chin up. This is progress. Pretty soon women will be eating their dead children and selling their virginity on E-Bay. Oh, wait one woman already tried the latter.