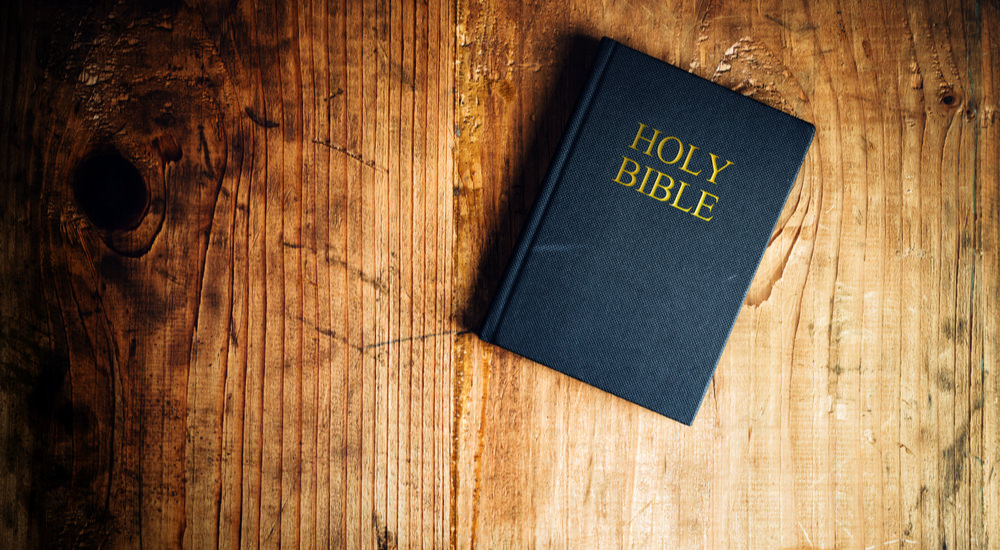 In the book of Isaiah God says (63:5) And I looked, and there was none to help, and I beheld in astonishment, and there was none to uphold; therefore Mine own arm brought salvation unto Me, and My fury, it upheld Me. And I trod down the peoples in Mine anger, and made them drunk with My fury, and I poured out their lifeblood on the earth.’

In the New Testement Jesus is overlooking Jerusalem and he weeps (Matthew 23:37) O Jerusalem, Jerusalem, who kills the prophets and stones those sent to her, how often I have longed to gather your children together, as a hen gathers her chicks under her wings, but you were unwilling! Look, your house is left to you desolate.…

But why did they not want God’s help? The answer is many faceted but the most relevant reason is that the religious and political leaders had become self-righteous and self-interested – that second point being redundant. They had in fact become politically minded rather than submissive to God.

At the time of Christ Judea was ruled by the Romans. The people may not have liked this fact but what could they do about it? Israel split into two countries upon the death of Solomon and remained that way until the destruction of the Northern Kingdom (Israel/Samaria) in 722 BC. In 586 BC the Southern Kingdom (Judah) fell to the Babylonians and the people went into exile. Eventually they returned to resettle the land. Despite the Messianic aspirations of many, at the time of Christ the religious and political leaders of the Jews were less inclined to put their trust in God, preferring instead the practical pragmatic approach to ruling over God’s Chosen People. In short, many of the leaders had no actual belief/ faith/ trust in God and many others who professed such belief had completely missed the clear and obvious teaching of the prophets and had failed to understand the purpose of The Law.

Today many Christians mistakenly believe that Jesus taught a ‘new way’ or a new revelation of God but in fact he taught nothing that wasn’t already recorded in the various books now called the Old Testament. Putting aside at this point the ‘sacrificial’ aspect of the ministry of ‘The Lamb of God,’ what Jesus taught was that righteousness is neither something that can be earned nor an end in itself.

Righteousness is the natural byproduct of being an obedient son of God. Such a person is a giver, sharing with others that with which they have been blessed by God. Caring for the orphans, the widows, the poor, the imprisoned, the sick and the stranger in the land, they give thanks constantly to God for his grace in their lives. They don’t ‘DO’ things to ‘BE’ righteous but rather become transformed into righteous people as they ‘DO’ that which is righteous.

The New Testament in the second book of Corinthians 3:18 makes the statement more clear when it says that we are required to be daily transformed into the nature and character of Christ. This was always the plan of God; to transform the hearts and minds of those who look to him. (Ephesians Chapter 2:1-10)

Unfortunately (and even today in the Christian world this still applies), people mistakenly believe that they can ‘earn the grace’ of God by doing those things which a righteous man does. The fallacy in this type of thinking is obvious when you consider how many (self-proclaimed) righteous, loving, tolerant, non-discriminatory, immigrant welcoming, anti-Trump’s wall, anti-homophobic and anti-islamophobic people there are in the world who would not for a moment hesitate to beat you up, shout you down, hound you, stalk you, curse you, call for your death, seek to have you fired from your job and generally act like nazis toward you simply because you voted for Donald Trump. (Just ask those Gay Trump supporters who were banned from the Gay Pride March and the Jewish lesbians not welcome in the Dyke Parade).

People tend to think that righteousness is attained by following certain rules or saying appropriate things such as ‘Praise the Lord’ or ‘I support Gay Marriage’ or ‘Muslims are welcome here.’ They further believe that provided they break no specific laws, they are righteous people. (Ephesians Chapter Two counters this concept.)

There are many people who would NEVER stoop so low as to steal your wallet but who would, if they saw you drop $100, pick it up and say nothing because they didn’t actually do anything legally wrong. (That is why in Australia at least there is a legal charge titled ‘Stealing by finding’.)

I recently read of a retirement village in the U.S. in which there lives a woman who gets around in a motorized wheelchair and who is constantly on the lookout for any infringement of the rules. She actively demonstrates HER righteousness by seeking out that which most people would neither see nor care about. She earns her righteousness. She does no wrong! She is the one who seeks out those who do wrong. She is righteous and they are not!

In the Gospel of Luke Chapter 21:1-4 the Pharisee sees a poor woman giving such a small amount of money and Jesus’ comments reveal that the righteousness of the act of giving is not related to the amount given but the generosity of the heart doing the giving. One gave from his bounty whilst one gave from her lack. Righteousness is much more than doing. It is about ‘being.’

The religious and civic leaders of Jesus’ day felt neither comfortable under the gaze of Jesus’ MORAL spotlight nor comfortable with the possibility of losing their personal power and prestige, not to mention the possible destruction of the country (Gospel of John 11:50)

The very people who ought to have known and understood the nature and character of the God of the Jews, deliberately chose the morally unrighteous but legally righteous path in seeking to remove Jesus from the scene. He knew what was in their hearts but what they presented in public was something different. They undoubtedly thought of it as responsible righteousness.

Jesus knew the fate planned for him by those whose mouths and hearts were anything but in synchronization and he also knew that the fate of Jerusalem was that it too was to be destroyed with yet another Diaspora to follow. Jesus wept because it would all have been so unnecessary had the people and their leaders understood what ‘righteous’ actually means in the eyes of God.

After 2000 years God has called the Jews back to the land and still their leaders prefer not to trust in the Lord; and the world powers are still trying to turn the Jews out of their land.

There are many ‘good and righteous’ Christians whose hearts are filled with hate for the Jews. Some even have hearts which while hating Jews, love and welcome Muslims. They think they are righteous and loving and intelligent but little do they understand the corruption within their hearts. One cannot love while one hates. One has a heart of love or a heart of hate. One cannot justify one’s hatred whilst professing that one is motivated by love.

That is why you have nutcases going on protest marches who while thinking that they are righteous individuals, behave and speak in the most unrighteous ways. That is why these nutcases whilst proclaiming their love of humanity, spew forth such hatred at people who disagree with them. That is why people who proclaim that they are defending democracy demand complete submission to their views as they deny everyone else their democratic and human rights. That is why they will beat those who do not agree with them, and all the while they see themselves as righteous defenders of truth and justice. What they don’t see, is that they are insane. (Politically Correct Ideology leads ultimately to insanity)

Of course there are also millions who don’t believe in God at all (while supporting Islam – C-R-A-Z-Y!) and therefore there can be no transformation of the soul and character into that of ultimate righteousness. For them righteousness IS ABOUT fulfilling certain ‘self-determined’ definitions of righteous behavior. This is why a woman who chooses to have an abortion commits no crime of homicide while someone who harms a pregnant woman is charged with the fetus’ homicide if it dies as a result of the commission of the act. In the former case the fetus is not human whilst in the latter case it is human. Righteousness today is a construct which is defined, quantified, qualified and ideologically justified but it is never an absolute value.

Righteousness it seems has become something which is only what we momentarily determine it to be.

And therein lays the difference between the liberal/progressive and the religious conservative approach to morality and righteousness.

It also demonstrates the difference between those who truly believe in their country and its values and those who merely wish to use politics for their own ends.

Today America stands divided, with one half of the country pretending that they are righteous whilst engaging in all manner of behavior that is not just unrighteous, but which is clearly reminiscent of so many revolutionaries in foreign lands who stirred up the people under the pretense of a righteous cause but who, once they succeeded, enslaved those same people.

Today, one half of America is both actively and passively and overtly and covertly promoting Islam in the USA. I think that such people should be sent to live in Islamic countries so that they can appreciate what it is that they seek to accomplish in America.

The United States of America was founded under God and proclaimed its trust in God. Today, unless someone stands up to bring forth God’s will, God himself will raise his right hand in Judgment and blood will flow.

Let the day never come when people will look back on the history of the USA and say that when God looked down over the USA… JESUS WEPT!