An Open Letter to the President 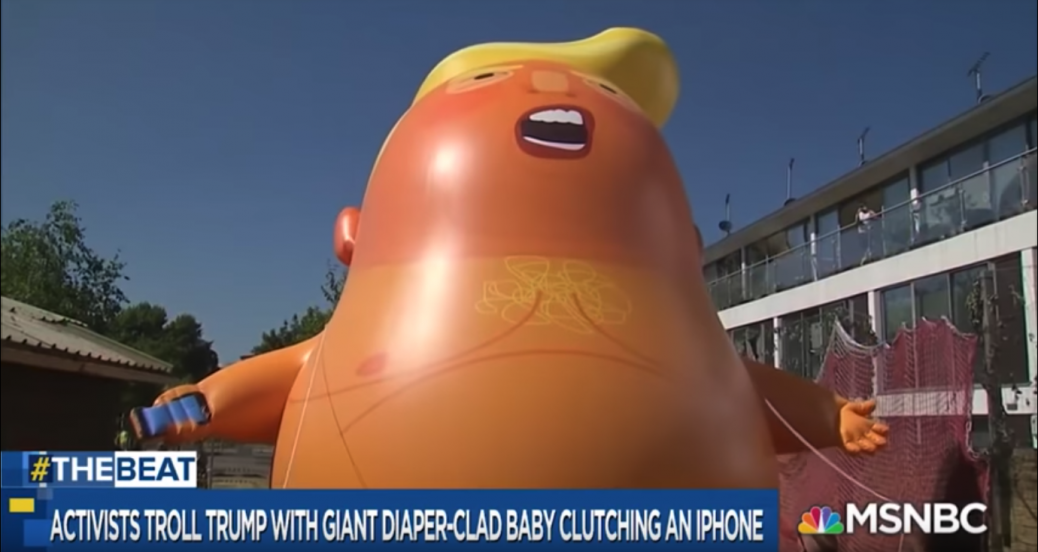 I know you will not have time to read this before your trip to the UK on Friday the 13th, but I am pleading with you not to go. I don’t think that you realize what a public relations disaster for you this trip will be.

Let’s start out with the obvious reason: the Brits don’t want you there. Remember in February 2017 when you were first suppose to go but had to postpone because of the threats of protest.  Well guess what, nothing has changed.  You are still seen as Islamophobic by the Brits, especially the Muslim mayor of London, Sadiq Khan.  Here is a mayor who takes terrorist attacks as part and parcel of living in a major city. According to the Mirror, Khan has approved of the flying of a giant tethered blimp caricature of you wearing a diaper to float above London when you arrive. In addition, according to the state run newspaper the Daily Mail, it is estimated that at least 50,000 rabid, foaming at the mouth anti-Trump protesters will descend on London.  If you want that kind of reception, you could save time and money by just going to Los Angeles for a day. You’d lose your frequent flier mileage but you would be closer to home.

And it will be a PR disaster. Every camera lens, every cell phone camera will dutifully record every car set on fire, every clash between police and balaclava covered antifa protesters, every window broken and every speech read.  World journalists will cry and moan about the destruction quicker than Rachel Maddow crying over immigrants. And all participants will rise up in unison voice to blame and condemn you for everything.  The loyal state run newspapers and the BBC will make the protests their continued 24 hour coverage.  It will be beamed all over the world, including the US and your liberal enemies will have a field day.  Reading the British newpapers, it is clear that a vast majority of Brits want to see you humiliated, mocked, and sent away with your tail between your legs like a chastised dog.

The questions I have to ask is: do you really need this nonsense?  What is so important about meeting with Prime Minister Theresa May?  What is it that needs to be discussed in London that can’t be talked about at one of those “G” summits?  If nothing else, maybe you can leave a copy of your book “The Art of the Deal”.  Seems like she is having problems negotiating a simple Brexit.

In closing, Mr. President, as a loyal Trumper, I will pray for your safety.  I know you want to mend the torn “special relationship” Britain and the US supposedly have but, in all honesty, that relationship died after the break up of the old Soviet Union. Frankly speaking, Brits have less to fear from the Russians than they do the Muslim immigrants they so openly welcome.  I fear that this visit will do more harm than good to you which is why I implore you not to go.