An Open Letter to President Trump on the New Censorship 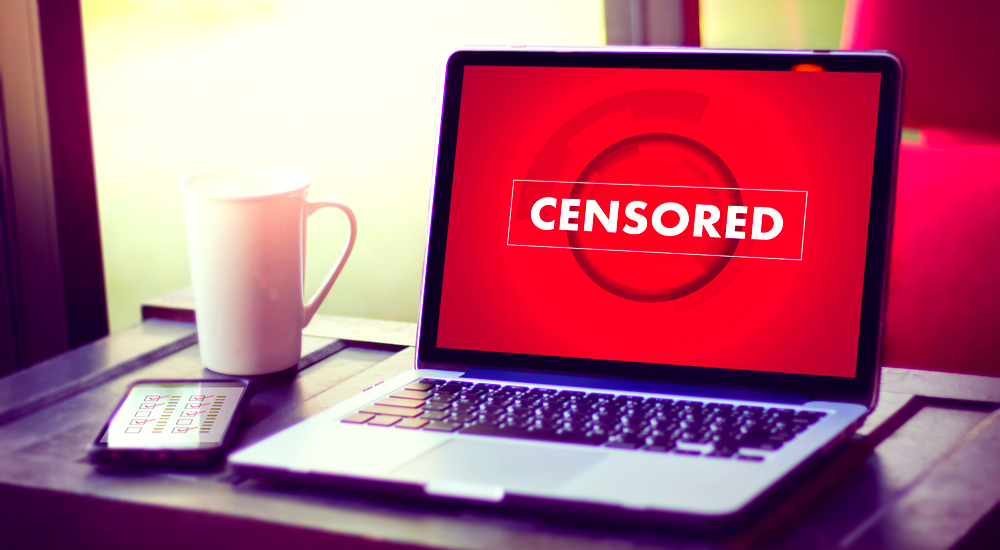 Internet censorship has reached a new level.  Up to now, Facebook (and others) have shadow-banned and denied service to individual postings of their choosing based on their content guidelines and terms of service.  They have now moved on to mass denial of access to individuals and websites per se, regardless of what these people might have to say.

As you know, in their arrogance Facebook has just outright banned Alex Jones, Infowars, Zero Hedge, Louis Farrakhan, Laura Loomer, Paul Nehlen, Milo Yiannopoulos, Paul Joseph Watson and others.  (In the case of Infowars, Facebook and Instagram will instantly remove any posted content containing second-hand Infowars material unless that material is explicitly condemned!)

“I disagree with what you say, but I will defend to the death your right to say it.” is the noble sentiment of Voltaire that has never penetrated the brains of Mark Zuckerberg and today’s censors.  (Indeed, I would not be surprised if they have never heard it.)

Don’t these people realize that what goes around comes around?  (See Robespierre and the French Revolution)

The extreme right was silenced, and I did nothing because that was their problem.

The new extreme right was silenced, and I still did nothing because that was their problem.

Then the new, new extreme right was silenced and still, I did nothing because that was their problem.

And then one day there was no public voice to the right of me, and it was once again time to silence the extreme right.

This has already been said many times, many ways, but it doesn’t seem to be registering.

It’s 4 a.m. and I’m losing sleep because you haven’t acted to reverse the silencing of conservatives on the internet.

When they have silenced all voices of opposition, who is going to report it when you are silenced, Mr. President?

A new Philosophy 101 question for you: If an event (e.g. a MAGA rally) takes place and it isn’t on the internet, did it really take place?  And if you don’t have access to the internet, will it actually be able to take place?  The surreal answer is no.

I remind you that Fox News is now in the hands of the enemy, and Julian Assange has been imprisoned by the British government.

If you don’t take legal action against Facebook, Twitter et al now, you will be left with only the military option later (if that), and it will probably be too late to save a brainwashed nation that no longer wants to be saved.

Indeed, if you do not find a way to restore the likes of Alex Jones, Infowars, Zero Hedge, Laura Loomer, Paul Joseph Watson, Milo Yiannopoulos and, yes, Louis Farrakhan and Paul Nehlen, to full access to the internet it may already be too late.

This isn’t going to stop.  It will continue until nothing can be uttered but politically correct speech.  And even then the PC monitors will be ever on the alert for signs of politically incorrect thoughts.  Evil never stops until it is stopped, or consumes itself completely.

Facebook et al didn’t invent the internet, they don’t own it, they co-opted it.  Indeed, while many individuals and institutions were involved in developing the internet, funding came largely from the US government through DARPA (Defense Advanced Research Projects Agency).  We, the US taxpayers paid for the internet.  Are we now, any of us, to be denied access to our own public square by the usurpers?

Big Tech has gone from quiet shadow-banning to outright denial of access in a very short time, and denial of access not just for some viewpoints, but for individuals.  At each step, you tweet your concern.  But tweet, tweet, tweet isn’t going to solve this problem for us.  Inaction speaks louder than words, and you are starting to lose credibility here (and on the southern border).

Ironically, the invention that has allowed us vastly expanded communication has also set the stage for vastly expanded censorship and unopposed propaganda and thought control.  We must get on top of this before those controlling the internet are totally on top of us.

The lights of freedom are being dimmed.  I implore you to destroy the dimmer and let the lights shine, now, before we are all in the dark.