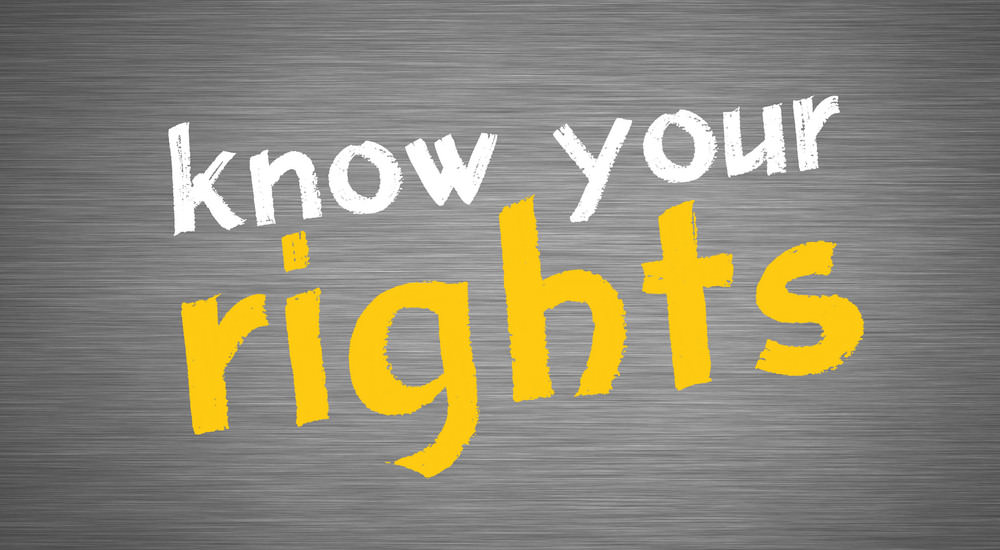 Many people (but not enough) wonder about how a kooky movement gets started.  These people can understand anyone can come up with a goofy idea but they wonder how some stupid ideas gain traction and followers.  The key to understanding this is to look at the professed moral premises of the people advocating such nonsensical ideas as the rights of plants.  This movement is just an extension of the animal rights movement which has as much credibility and no basis in fact.  What kind of thinking went into initiating this notion?

First there is an emotional generalization that concludes that it is moral to dedicate your life to something other than yourself.  This is the root of the altruistic premise that says as long as you do not live for yourself you are moral.  You hear this in churches when the preacher says you must live for the deity, from the podium when a politician tells you to sacrifice for his cause, and from the teacher that tells you to learn to live for others.  The others are never well defined so it leaves open a whole gambit of options, like other people or lower species such as animals and plants and eventually you can speak out that it is more moral to save such undefined abstractions as “ the environment”, the faith, or for the really ambitious , the world.

The emotional generalization derived from accepting and never questioning the tenants of those advocating a false morality is reinforced by observing others agreeing with the presentation and slipping into the comfort of the mob.  If a cult were to arise from this, brainwashing would be claimed to be the mechanism that was in place.  In reality it is an enthusiasm analogous to the acceptance in congregations that hear outlandish statements delivered with such enthusiasm and fervor that the method of delivery overrides the content of the message.  A specific example is the Jeremiah Wright sermons.

The notion that animals and now plants have rights was derived from the idea that man has rights.  It is appropriate that man has rights for he invented the concept to counter the claim of despots that they were subjects of the rulers and as such were disposable.  Living in a society where criminals and rulers could violate a person’s rights by initiation of force which was anathema to a person using his mind and taking action appropriate to his conclusions required human rights be recognized, protected and an agency developed that could perform this function.  That agency was government.  People not recognizing this evolution of the concept of rights translated the concept as open to anything and thought, “ Why not rights for animals?’ and now the plant people say, “Why not rights for plants?”

This is the logic of how movements proceed from using a valid concept and applying that concept to that which it is not valid.  The human mind can imagine things that never were, could never be and are in a word impossible.  This is how characters are derived in novels, such things as dragons and elves are only read about and depicted from the artists vision and photographs are never exhibited.  This imagination can offer entertainment and projection of that which is out of the ordinary but it can also come up with phony attributes to things that in reality have no need and in fact degrade the validity of valid concepts such as human rights.  By positing that animals and/or plants have rights the understanding of what rights are and how they were invented and for what purpose by man is clouded.  This clouding puts man on the same plane as animals and such statements that man is no better than a rat become utterances of the leaders of the movement that claims their stance is “moral”.

Morality for humans cannot just be proclaimed although this has been the common approach though out history and that is why the myriad of moralities that have plagued mankind have proclaimed sacrifice as a duty or a virtue when in fact there needed to be a sacrificial  object whether it be an animal, a man , a woman, a child, a soldier, etc.  Preach sacrifice and hope you are not the object of sacrifice was the creed of this primitive “morality” and it continues today and the results do not change.  You have been asked to sacrifice your diet, your clothing and your sporting pleasure for the rights of animals.  Now you will be asked to sacrifice your diet, your clothing and your pleasure of gardening and farming, flower decorating for your home and keeping a well groomed lawn ( in the name of the rights of dandelions ).  Why?  Because some person dreamed up the idea of assigning the concept of rights to something other than man where the concept properly belongs.

The reason this nonsense gets as for as it does can be traced to the fact that it is never challenged in academia ( for the most part) and other places like the media.  Why?  Because morality is conceded to the proponents .  Much of this can be traced to the guilt many are willing to accept and some can be traced to the apathy that says ideas have no importance.  It evidently is more comfortable for some people to let others decide what is moral and claim to be in the right category as a follower who doesn’t have to think about what is being preached and is willing to support and go along.  The charlatans are willing to rule by this method for they do not have to think or question their propaganda either.  It is this lack of questioning and challenging that encourages this drift that opens morality claims to the purveyors of nonsense.

There are words that need protection much more than replaceable plants and animals.  The word” rights “ is far more sacred than anything that can have the attribute assigned to it with the exception of man.  For when individual rights can be viewed as something that can be attributed to plants or animals the mistreatment of man is not far behind.  The leaders of these movements continue unabated in their drift without a challenge to their decrees unless the root of their escapades are known and exposed.  They are seeking to disarm you and it is your prerogative to disarm them if you understand what they are proposing, where they derived the stance they are advocating and to denounce their morality claim at it s root.  This of course requires that you understand if your morality melds with theirs and if they are making a more consistent case the argument will not fall in your favor.  You cannot denounce sacrifice effectively by willingly practicing it and sanctioning its advocacy.