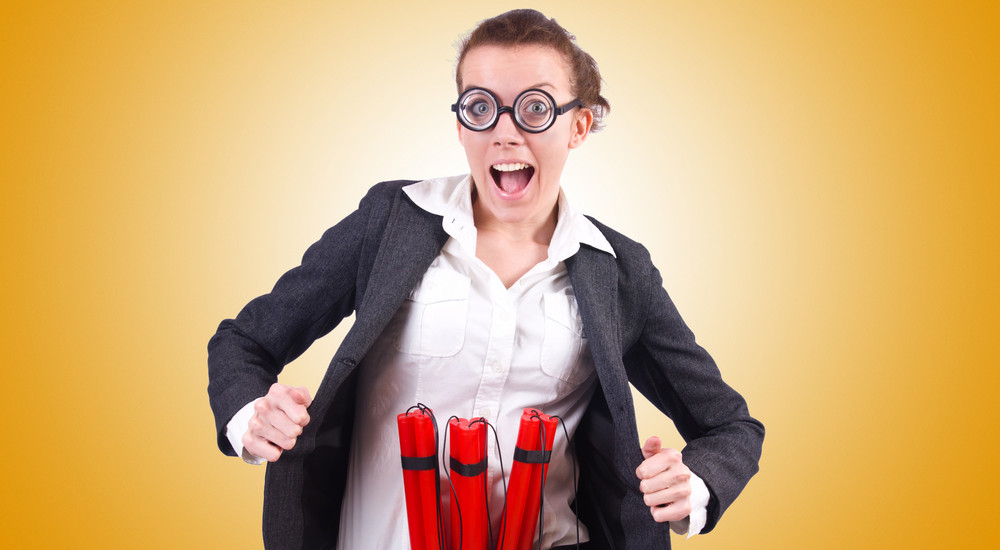 There are more ways to destroy a country than to wrap yourself up in a corset of explosives and set yourself off in a crowd of people.  In fact , as horrendous as this is, it is isolated and destroys a limited amount of lives and property.  Conquest by invasion destroys far more lives and property but there is a vastly more destructive process which is what we are experiencing today in America.  A slow death by a steadily declining standard of living coupled with the strangulation of a runaway government intent on regulation  taxation and unreasonable dictates adds up to torture, frustration and servitude.

Who are the “bombers’ who are making this possible?  Are we really on an irreversible trend that cannot have anything but a disastrous culmination?  What if anything can be done to reverse the trend of higher prices, more government regulation, a lowered standard of living and eventually a security infrastructure that is vulnerable to attack and conquest?

The “bombers” are the advocates of socialism who write and plead for government owned means of production in the form of such failures as “universal healthcare’ ( i.e. socialized medicine), regulation of business, government run businesses and a status quo trend that is clearly evident and frightening.  They prattle in the universities, on editorial boards of national newspapers, on television “news” shows and blog the internet.  They all have a commonality that is easy to identify.  They all advocate fantasy.  They ignore historical proof of theories they advocate that have been tried and failed.  They champion political candidates that blather about the wonders that government can do if only they will be elected.  They buy into the nonsense that government can grow in an unlimited fashion, deal with any issue and has the promise to make a better world.  They ignore such phenomena as the market, economic truisms, the state of government debt and ineptitude and the limited nature of government which only deals in fines , imprisonment, bribes and ever growing corruption when dabbling in the world of business.

These “bombers” wrap themselves in an insulated vest of bromides that need a fuse of encouragement from naive readers and students that take them at their word, never question their information and never challenge their premises.  The explosion doesn’t happen instantly like their counterparts in the Middle East.  The explosion is a slow simmering blast that makes a nuclear conflagration appear as a pile of burning leaves compared to the destruction they create.  Theirs is not a marketplace or a mall but a unique country that allowed them the freedom to propagate destructive ideas under the protection of free speech.  Had this country never been founded they would be the lackeys that beg for permission to live in a dictatorial hell.  But like the child that gobbles candy to the point of illness they push their freedom to blab with no regard to truth or objectivity, only the pandering of political favoritism and the pretense of socialistic solutions.

It is no excuse that they know not what they do.  The evidence of the “grand experiment” has notified the intelligent members of the world that no matter how you argue or how you construe words to hide the nature of your theories, collectivism just doesn’t work and the government is not a wise director of the means of production.  In like fashion an alternative has been presented of what does work , namely capitalism, as has been show by the living standards of those nations most free to produce and distribute with less barnacles of government.  The security that governments are created to provide is compromised the minute the government utilizes the criminal activity of tax collection.  Once this line in the sand is crossed there is nothing the government cannot do that can be legally restricted.  The power to tax is the power to destroy.  And those who see it no other way continue sliding down the slope toward more and more government until the ultimate demise of socialism is upon us.

Every utterance proceeding from the premise of power and every denial of individualism, capitalism, freedom and America is a stick of TNT waiting to explode into the inferno of hate and despair that is the spiritual embodiment of socialism.  Then freedom to achieve disappears under the dictates of the government demanding that all children be fed, all business be regulated, all elders have health care and those who can provide must turn into sacrificial goats to pay the bills the helpless cannot.  Then as the currency dissolves into worthless pieces of paper and the coinage looks like tin foil, the wages cannot buy simple food and shelter, the aristocrats in political office prance around in opulence and the rumblings of revolution begin and all the platitudes that produced this historical cycle dissolve into blood and chaos.

Then to provide order and retain power the most ruthless arises to “straighten things out” and the gullible shout in the streets for the leader who will “save’ them.  You saw this throughout history, you are seeing it today in such places as Venezuela , Zimbabwe and the early stages are emerging in America.  Meanwhile the “bombers’ ignore the obvious, talk of trivia, endorse power hungry candidates, call for socialized medicine and pooh-pooh criticism via ignoring it.  They wrap themselves more tightly in the coat that hides their motives and wait for the fuse to ignite that which they pretend not to wear.

The” bombers” cannot win anything and their efforts are truly sacrificial.  Thus as they perish their suicide cannot be justified for any great cause.  It is simply a maniacal whim that is based on doing what they think their tutors would have them do.  Doesn’t this sound familiar to the physical bombers who die for their leaders as the leaders cry for sacrifice in a cause that only they benefit from?  But the American ‘bombers” don’t feel the explosives they are attaching to themselves.  Therefore in the world of pretend they adhere to they feel safe and whatever nonsense they do or say is not a problem.

It is internal detonation we should be conscious of, not the remote likelihood a cadre of Middle East terrorists will slip though to kill some of us.  From such an attack we can survive and build and grow.  We cannot survive as America if we follow the path the American “bombers’ are charting.  They need to know this and learn that America was not founded to emulate every socialistic dalliance that foolish theories can produce.  It is only neutralization of their ammunition that will achieve the foreclosure they seek.  And this is a rejection of any and all forms of socialism in the name of the moral and practical superiority of capitalism.