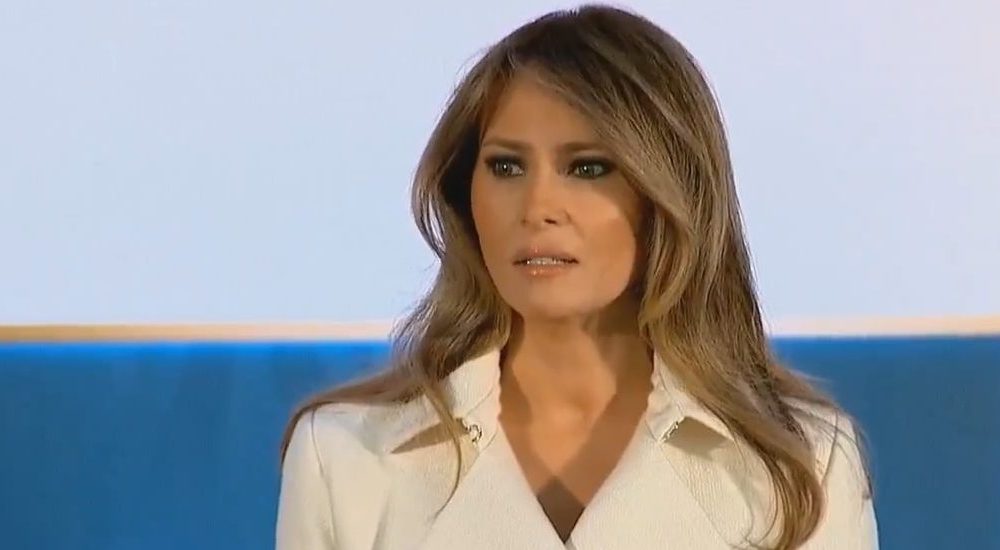 Four have exhibited dignity, eloquence, and pride in their responsibilities in spite of the loss of privacy, and constant overseeing by the eyes of the press. I refer specifically to Nancy Reagan, Barbara Bush, Laura Bush, and currently Melania Trump.

Nancy Reagan, cherished and admired by all as an accomplished actress, left the entertainment glitter and acclamation to be at her husband’s side, and serve the Nation. As the wife of President Ronald Reagan during his two terms 1981 to 1989, Mrs. Reagan, who was born in New York City, was devoted to, and very protective of, her husband and his privacy. While serving the Nation as First Lady she dedicated her time to several programs enlightening our youth to the consequences of drug involvement and abuse.

Barbara Bush, serving with her husband George H.W. Bush, from 1989 to 1993, was yet another example of dignity and eloquence. Loved, respected, and admired by all, she put forth the epitome of Matriarchal beauty and confidence. Born in New York City, she dedicated her years in the White House to conquering illiteracy. She was also a strong advocacate of the concept Family.

Laura Bush, Respected and admired by all for her quiet, unassuming dignity. As the wife of George W. Bush, and the daughter-in-law of Barbara and Pres. George H.W. Bush, she also exhibited a strong confidence of family. Serving with her Husband, President George W. Bush, she, as a previous Librarian, knew and enjoyed the pleasure of reading. During her eight years as First Lady, she was a strong advocate of reading and was eager to share her passion with the young of America.

Melania Trump,  Our current First Lady, serving with her husband President Donald J. Trump, has put the White House, and the place of the First Lady, back on the path of very high respect, unwavering dignity, and strong family values. Many compare her to Jackie Kennedy Onassis, wife of President John F. Kennedy. Her composure during the horrendous time of his assassination, through the unforgettable and heart-rending days of National Mourning, was a true lesson in dignity and self-assurance for our Nation.

Now that all being said, I have just a few words that would encompass the two I have not yet mentioned; i.e. Hillary Clinton and Michelle Obama.

Hillary Clinton served as First Lady with her husband Pres. Bill Clinton. I have always felt that Pres. ‘Bill’ would have been a great man had he not aligned with her. She, in my opinion, is a very self-absorbed person. She had what I saw as a very strong influence on her husband, and was also able to take advantage of her position, and become a popular voice in the Democratic party. She continued to pursue her own goals even after her time as First Lady. She has gained many supporters, but few friends.

Michelle Obama was one of the most controversial women in this position. In my opinion, I question her background, and her education. I question also her class, her deserving of respect, and I am very much against her obvious use of the “race card”, much the same as her husband, President Obama.
The Democratic Party realized it was time for a change; that America was ready for a person of color in the Oval Office. Being half white was a plus for Obama, and consequently, he was in, and Michelle with him. This has proven, in my opinion, a mistake that has had a continuing effect on America.

It will take a long hard time for the United States of America to overcome this fallout.

But we are a strong people, and I have confidence.