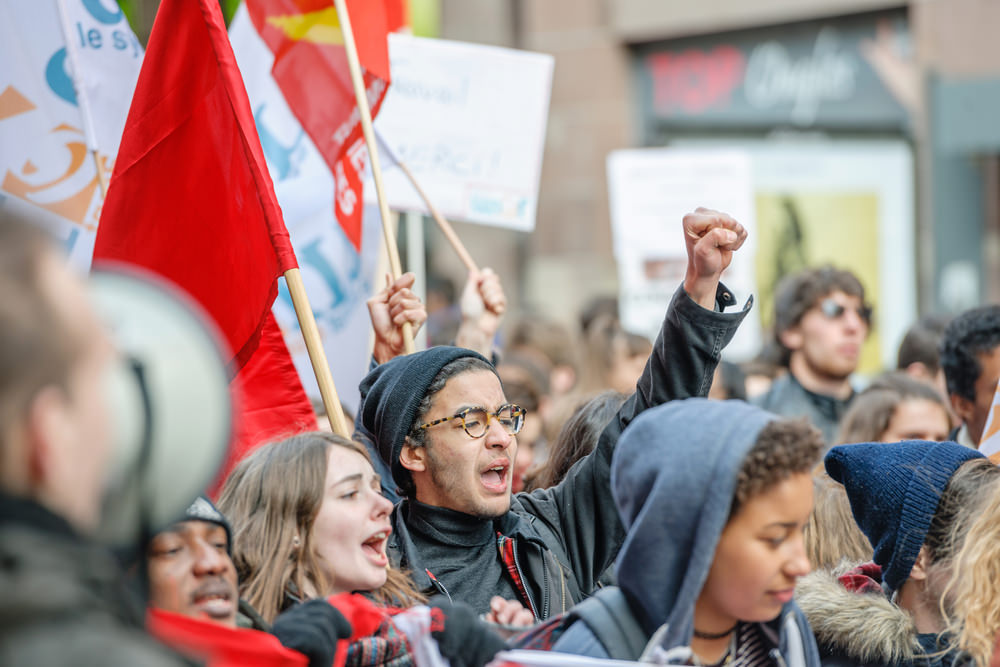 The Left on display as the people of bigotry and hate.

Democrats are the party of slavery, the KKK, monopolies, union thugs, gangsters, Communists, Nazis, and Islamist Sharia Jihadis, anarchists, atheists, America haters, and anti-Christians.  The violence of the Left is always blamed on the Right.  They always call for the Right to do what they want to do to “get along” or suffer the consequences.  The difference between the Right and the Left is that if you disagree with the Right then they won’t work with you, but if you disagree with the Left then you will be punished until you submit.

The DNC, Democratic Nazi Communists, the party of socialist Sharia jihadis took to the streets in what they believe is a righteous display of how to object to the outcome of an election.  The people who were enraged by Trump saying he wouldn’t accept the results of a rigged election are far more enraged that their rigging the election failed to produce the result they wanted.  The people who say they are for toleration and peace are the ones throwing rocks at police and burning stores.

“We have met the enemy and they are us.”

For the gazillionth time the Left has revealed themselves to be the enemies of liberty and democracy.  They are the barbarians are at the gate and the little heathens are being paid to riot by the Democrat donors who believe they can terrorize the good people of America to concede to their demands.  If they can’t guilt the Right into giving away their victory then they’ll try to beat it out of us.  This is why the righteous never negotiate with terrorists.  The only way to deal with terrorists is to destroy them like the rabid animals they are.