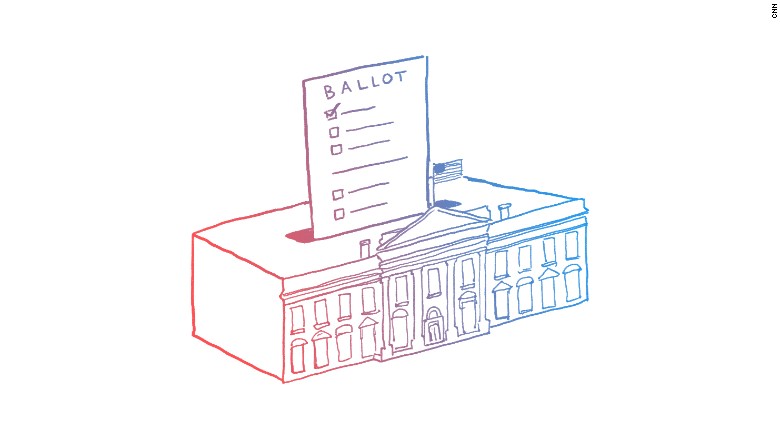 How many people were there in the world just waiting for the US Presidential election to be over and done with? The whole run up was not just boring, but downright nasty and unfortunately, now that the election is over, that nastiness has not left us. Whether it is the liberal progressives or the conservatives, the Hillary haters or the Trump haters, the Democrat haters or the Republican haters, the hate still goes on. This you can see in just about any news item relating to the election.

Of course there are those times when you can do nothing but laugh; like reading that the Democrats claim the electronic voting booths were rigged – against her. That had to be the funniest statement made throughout this whole ordeal.

As a result of that specific accusation and the currently unfolding revelation that her voting supporters outnumbered those of Trump by two million, there is mounting pressure to put pressure on the Electoral College to somehow overthrow the election result and install Hillary as President.

The arguments put forth in regard to this unfolding – never ending story – are that because the popular vote favored Hillary Clinton, then the Electoral College had an obligation to vote with the majority of voters, but according to Tom DeWeese, president of the American Policy Center, this populist concept is not the purpose of the people’s vote.

To summarize by linking some of his key ideas published in a recent article:

The states created the Electoral College to make the election of the President a STATE election. The Founding Fathers, particularly those from small States, were very concerned that they would be smothered by the larger states. Under the plan, the connection to the popular vote was the selection of state electors. The popular vote was to be used to select individuals trusted by the people to select the President. The great mistake Electoral College opponents make is to believe the President was supposed to be elected by the people. It was never the plan.

(Titled “The Anti-Trump Riots are a Smoke Screen The Real Goal – Eliminate the Electoral College,” you can read the full article HERE – or – HERE)

The concept doing the rounds right now in the USA is that because Hillary received more popular votes than Trump, Hillary must be elected President. As you read the article above you can read why that concept is incorrect. Furthermore, if that was the original intent, then there would never have been the need for an Electoral College.

The reality behind what is going on right now may be as Tom DeWeese suggests, that invisible powers are trying to destroy the Electoral College, but it does not detract from the fact that right now, on both left and right, nasty people are bringing America into disrepute and the worst offenders in that endeavor are the various media outlets.

From media reports to editorial comments to readership comments on all manner of articles and on Facebook and other social media outlets, there is a hate war going on. Is this what America truly is? A country of hate-filled people?

As I wrote on November 9 in Trump’s Presidency will not bring peace Will America pull together now? I don’t think so. I think the real stink is yet to come and it will be engineered by or certainly promoted by those self-same ideologues that pretend to be ‘humanitarian.’ God help us all!

Whether you are politically left or right, there is no point in pointing the finger at other people. When you behave like the enemy then you become the enemy.

America and Americans need to come to grips with reality; to accept their Constitution and the inherent meaning of democratic rights and freedoms and to practice the love and tolerance that so many political and social causes claim to believe in.

Right now in the USA, all that the world can see is a bunch of spoiled rotten, nasty little temper tantrum children throwing stones at each other.

God will not bless America if Americans do not likewise bless her!