Only the American People Can Save Us Now 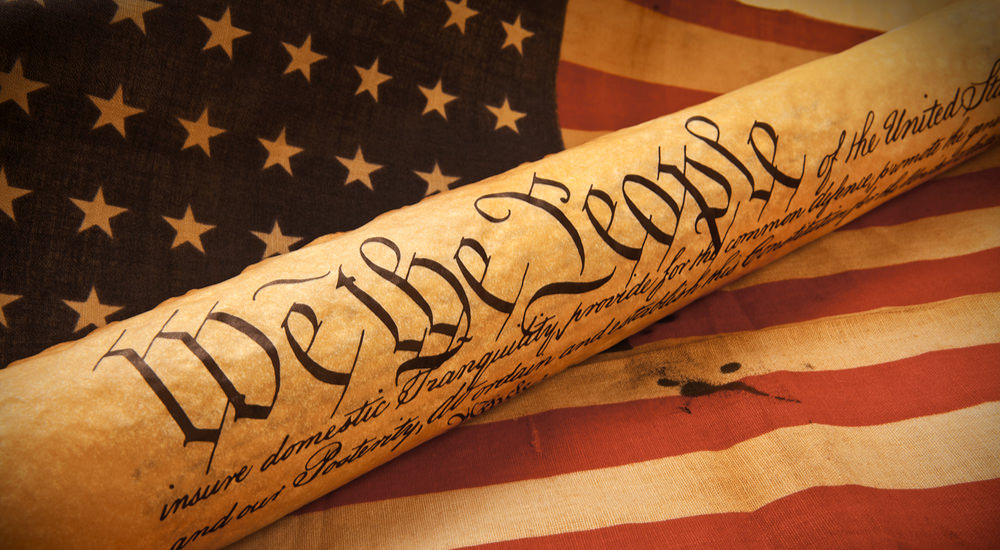 A grassroots movement is one in which the people in a given district are the basis for a political or economic movement. These movements are associated with bottom-up, rather than top-down decision making, and are considered more natural or spontaneous than more traditional power structures

This election year has seen the rise of a grassroots movement previously unequaled. I believe it is in response to what has been the status quo in Washington for too long. We American’s are intuitive – we see exactly what’s going on.  Obviously, Americans are finally tired of this mess.  I have never under-estimated the power of the people.  And, then along comes Mr. Trump!   And our spirit is re-kindled. Go Donald!

I heard one quote saying that after the dust settles, America will be a three-party system. Not the Libertarians, not the Green Party, but the Republicans (old guard), Democrats, and the Trump Party.

Trump has had to fight multiple battles – on multiple fronts – and still fights on! Could he be that he really does have our best interests at heart?  I think so.  He has visited and listened to folks all over the country, trying to determine a series of plans to change the “deplorable” conditions in society today.  Louis Gohmert, Texas Republican from Dallas, was interviewed about Saturday morning’s conference call.  He stated the following:  11 out of 12 on the call choose to remain on the Trump Train.  They understand the importance of keeping Hillary out of the White House.  They know the future of America and inevitably the world is in the hands of the one who, in January, will reside at 1600 Pennsylvania Avenue.

I saw the news clip where House Leader Paul Ryan spoke about the “elephant in the room” at his event on Saturday morning. I heard the crowd chanting “Trump”, “Trump”, “Trump”. He obviously didn’t hear them.  His appearance at that event was after he announced that he would no longer campaign for Trump.  I don’t think he ever did support him.  So all he did was merely dis-invite Mr. Trump to the event, but it appeared as though he absolutely antagonized those who came to the event expecting Trump to be there.

Ryan says he is concerned about losing control of the House. It is possible the voters who support Trump will vote Straight Ticket Republican – just to give Mr. Trump the tools he needs to effect change.  Mr. Ryan doesn’t appear savvy enough to see this.  His dis-loyalty to the party nominee is simply a position taken to protect himself and others like him.  He knows Trump wants to mess things up for those currently in power, (The Washington Elite). He (and those who agree with him) is not afraid Trump’s loss will hurt them, they are afraid he will win and bring them down.  They really fear he’s gonna mess up the donor sponsored playground they have built and have been enjoying for years.

Has Mr. Ryan given up the things he says the party stands for? He claims to have been unable to accomplish anything because they (The Republicans) do not have the White House.  Now that they have a good chance of their candidate occupying it, why would Mr. Ryan sabotage the campaign?  Instead of coming out after the debate – congratulating Mr. Trump on a job well done, he ran for the hills, but not before he called the Main Stream Media to advertise his defection.  He not only deserted the ship, he seemed to encourage other Republican leaders to do the same. Thankfully, the overwhelming majority (11-1) have minds of their own.

And, for whatever reason Mike Pence did not appear as Trump’s substitute, he does not turn tail and run when things get tough. He stood by Trump, even in the face of the distraction caused by the opposition.

Mr. Trump now feels that “the shackles have been taken off” and he no longer needs to play the “Powder Puff Football” game that the Establishment has been advocating. I am proud to be a Trump supporter – and will not waiver.  The stakes are too high this time.

How long can we go on rewarding the bad behavior exhibited by the Democratic nominee? Whether you believe in the right to “leak” E-Mails or not, what has been exposed by publishing them shows their behavior is strategically planned – and planned for the purpose of winning the White House.  It shows the behind the scenes attitudes, behavior etc. that they intend to use everything at their disposal to win.

Wikileaks also revealed the Democratic Party wanted Trump to be nominated. Remember that they ‘cheated’ Bernie out of his nomination.  What’s the old adage about being “careful what you wish for”?  They thought they could easily defeat him.  Surprise!!!!! He is the outsider that the public has been praying for.  His campaign is extraordinary.  And the Establishment is terrified.

I urge those of you who still have principles you live by, and American values that you want to protect, and the courage to support our God-given liberties to vote in this election. It is so important.  We must all speak to the injustice being carried out daily by the current political structure.  And we must stand together to heal the great divide that exists in America today!   This is who we are.

Conservative Supreme Court Justices versus Destruction of our God-Given Constitution?

Selective Prosecution versus Liberty & Justice for all?

And, as always, say your prayers, and VOTE!