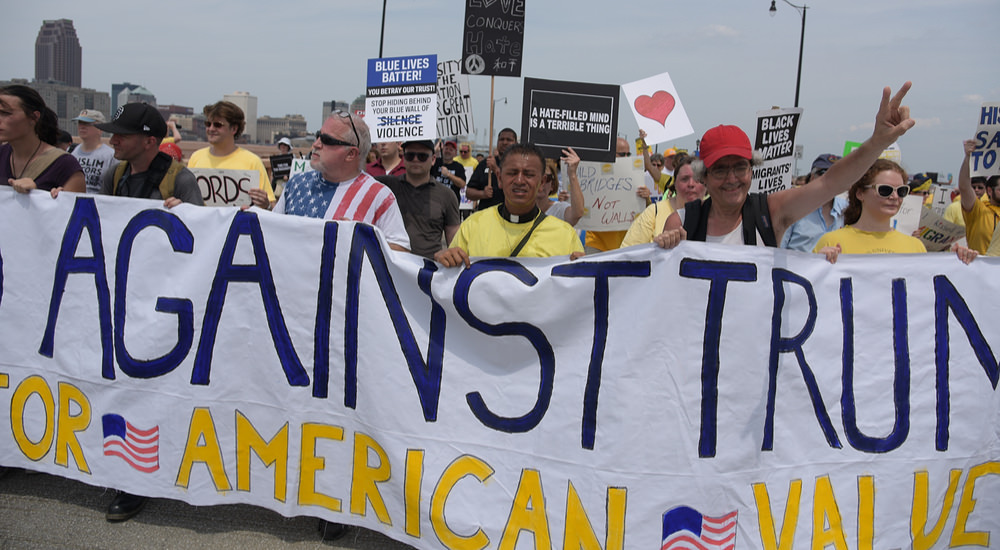 The American Left: We Hope He Fails!

Watching video on her phone, my wife Mary laughed hysterically at ridiculous answers to man-on-the-street questions. The young interviewees knew everything about the cast of Jersey Shore. They were clueless about who won the Civil War; who is our Vice President and who we fought to gain our independence.

I didn’t know whether to laugh or cry. Clearly, Leftists controlling America’s public education has successfully dumb-down our youths. America history, reading, writing and arithmetic have been placed on the back burner. First and foremost is teaching LGBT indoctrination, how America is destroying the planet and hating ones self for their white privilege. Another top priority is teaching that Republicans are racist, sexist and homophobic.

Now that the Left has created millions of brain-dead zombies incapable of reasoning or thinking for themselves, the Left can be hypocritical with impunity, knowing their followers will consume whatever excrement they feed them.

For example: Remember how the Left (Democrats, Hollywood and mainstream media) went nuts when Rush Limbaugh said he hoped Obama failed? Rush explained that he hoped Obama’s illegal fundamental transformation of America failed. Despite the scumbag mainstream media knowing exactly what Rush meant, they spun it to brand Rush a racist. Democrat operatives masquerading as media shoved microphones into the faces of Republicans, demanding that they denounce Rush, a flaming racist. At the WH Correspondents’ dinner, actress Wanda Sykes accused Rush of treason and said she hoped Rush’s kidneys failed. Obama laughed.

Spineless Republicans criticized and distanced themselves from Rush. Still, the Rush-ster hung tough; standing by his comment. I love that folks. I am so sick of our side allowing our evil shamelessly hypocritical enemies to dictate what we can and cannot say.

The Left’s national narrative was it is unpatriotic and racist, bordering on criminal to say you hoped Obama failed. Then, We the people elected Donald Trump. And look how the Left is responding. I am talking hypocrisy on steroids.

Here are just a few examples of the Left, in essence, saying they not only hope, but intend to do everything in their power to ensure that Trump fails.

Enraged Democrat Rep. Maxine Waters passionately proclaimed, “I will Not work with him! I will fight him every inch of the way!”

Democrats have targeted for destruction and vow to block eight of Trump’s cabinet picks.

The Left is using social media to block Trump with #NotMyPresident, #TheResistance and so on.

Hollywood elitists had the audacity to demand that congress block everything we elected Trump to do.

In an outrageous unprecedented attempt to thwart the will of voters, the Left tried to overturn the 2016 presidential election. Hillary’s minions demanded recounts that failed. Incredibly, Hillary’s hit squad even tried to bully electors of states Trump won to not cast their state’s vote for Trump.

Obama will be the first former US president to stay in Washington DC to actively pursue the failure of the incoming Administration.

For 8 years, the Left said opposing anything our American president wanted to do was racist, unpatriotic and treasonous. The Left knows they can get away with such blatant hypocrisy because they have successfully dumb down millions; created meat-heads who hold TMZ in higher regard than the US Constitution.

Implementing the Left’s socialist/progressive agenda trumps everything. Insidiously, Leftist educators purposely dumb down our kids to create an army of Leftist zombies; students clueless regarding their constitutional rights who reject the principles and values of their parents.

Thomas Jefferson wrote: “An educated citizenry is a vital requisite for our survival as a free people.”

Thus, by the Left creating dumb citizens, the Left is free to repeal our freedoms at will; forcing their anti-America, anti-God and anti-freedom agenda down our throats unopposed.

Foaming-at-the-mouth with outrage, the Left launched a frenzied assault to destroy Rush for saying he hoped Obama’s anti-America illegal agenda failed. Now, those same Leftists are claiming moral high ground trying to block while boldly hoping for the death of our president Trump.

These evil arrogant hypocrites are totally unworthy of our respect.