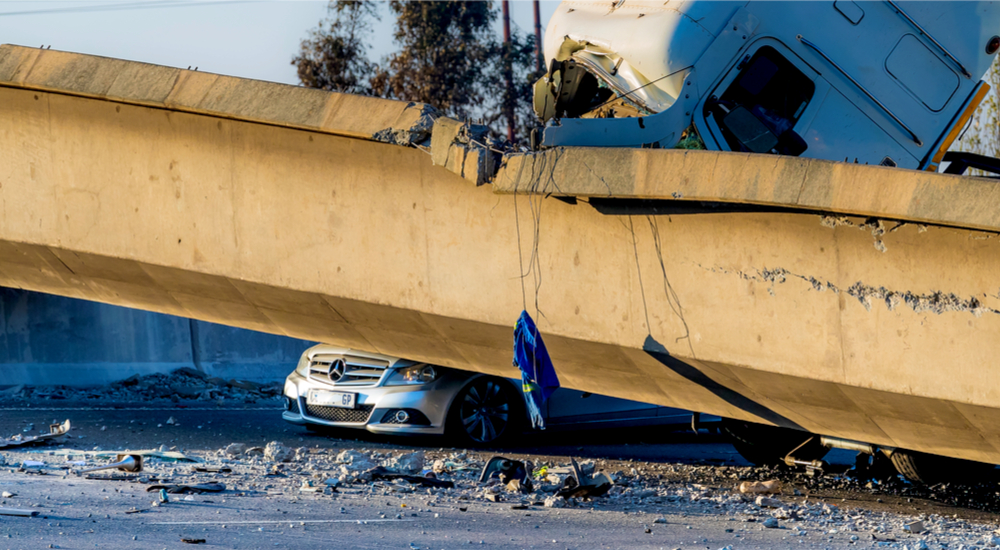 American bridges are decaying under the weight of traffic, Cities cannot use their water supplies because of contamination, while children go hungry, VETs go without medical treatment, and the elderly have to forgo medication and doctor visits so they can pay housing and have food to eat. Is this truly what has happened to America? Why would anyone suggest spending billions on any wall before taking care of the country’s citizens, and infrastructure?

America must first take care of its own before paying off enemies, paying for weekly golf trips to Donald J. Trump’s golf courses, and paying for a security detail for the first lady to go shopping in other cities. America needs to wake up to reality. There is no longer a question of need, but exactly how bad the need is.

Almost 2 million veterans are without health insurance, along with 3.8 million members of their households, a new study finds. Among the 1.8 million uninsured veterans, 12.7 percent are under 65. this is truly shameful.

An estimated 48.8 million Americans, including 16.2 million children, live in households that lack the means to get enough nutritious food on a regular basis. As a result, about 1 in 5 children go hungry at some point during the year. We are starving our future to death by not assisting with the necessity of real food for three good meals every day.

Almost one-quarter of U.S. seniors didn’t go to a doctor in the past year when sick or they didn’t get a recommended test or fill a prescription because they couldn’t afford it. Our Moms and Dads go without medical attention to pay their bills. This is so sad. 25 percent said they worried about having the money to buy food or pay rent or bills for heat or electricity or medical care. We should never force our Senior Citizens, those who fought to keep America free, those who built the interstate road system, those who built the huge buildings around the country to choose between food, rent, heat or Medical Costs.

President Trump’s 2019 budget proposes to cut the Supplemental Nutrition Assistance Program (SNAP, formerly food stamps) by more than $213 billion over the next ten years — nearly a 30 percent cut — through radically restructuring how benefits are delivered, cutting eligibility for at least 4 million people, and reducing benefits for many others.  The unemployed, the elderly, and low-income working families with children would bear the brunt of the cuts.

President Trump has put forward a 2019 budget that cuts basic assistance that millions of families struggling to get by need to help pay the rent, put food on the table, and get health care. The cuts would affect a broad range of low- and moderate-income people, including parents, children, seniors, and people with disabilities. Taken together, the cuts are far deeper than any ever enacted and would deepen poverty and hardship and swell the ranks of the uninsured.

Policies that make it harder for many eligible people to get and retain health coverage. The budget doubles down in both areas. It cuts Medicaid and subsidies for private coverage in the marketplace by $763 billion over the next decade, with cuts reaching $172 billion annually by 2028. The 2019 Trump budget cuts SNAP by more than $213 billion over the next ten years — or by nearly 30 percent. It imposes large benefit cuts on most households even though current benefits average just $1.40 per person per meal.

Nearly all households receiving rental assistance that is headed by a person who is not 62 or older or disabled would have to spend 35 percent of their income on rent, up from 30 percent under current law. Working families would bear the bulk of such rent increases and be especially hard hit, because they also could no longer subtract child care expenses from their incomes in determining their rent payments (i.e., rents would be raised from 30 percent of income after deductions for costs like child care to 35 percent of gross income). The budget also raises the minimum monthly rent to $150, which means rents would triple or more for the poorest families; this change would largely hit households that live below half of the poverty line, and it would likely result in more evictions and homelessness.

As any American can see, this is not saving money, but torturing American Citizens. The time has come that The Federal government is overhauled from the ground up. All elected officials need to have their salaries cut in half, and no more free rides on postage, trips, or other waste. America needs to see that its political leaders are leading the way if there is to be sacrificed.

Last year Trump released a plan, $1.5 trillion for infrastructure, but to date, not much has been accomplished. The wall that Trump wants to build is 5.7 billion compared to the needs of the citizens, but remember why he closed the government down. Trump closed government over a needless wall that would cost in total, the actual physical cost of the wall would be about $25 billion. Then there would be an upkeep cost of 133 million annually. How many Americans could be given good homes, food, and clothing for that same amount as the cost of the wall, just for building?

Any American who cannot get behind an Independent thinking politician who believes that America deserves better than what Donald Trump has cursed America’s debts with surely is not an American at heart, but a selfish denier of truth. We need people like Evan McMullin, Beto Orourke, and another middle of the road younger generation, new thinking to be elected in to be the next elected President during the Presidential election.