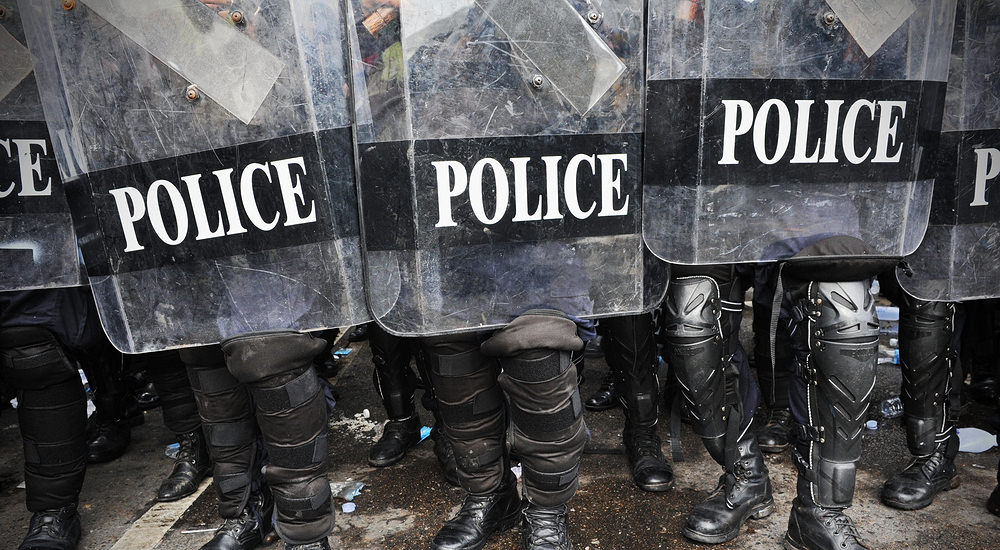 If you look at the history of world-wide martial law, you see there are several components that are crucial to its initiation:

In America we have spots of unrest but not the level of dissatisfaction such as we see in Venezuela. Many countries have spots of unrest based on various factions dissatisfied with their  government’s actions or inaction.  Such isolated incidents do not constitute a general rebellion.  They are usually handled by local law enforcement and quelled.

Rumors and plots and yes, conspiracy theories of possible government overthrow abound in any society where government becomes invasive in individual lives.  Theses are shadow desires that don’t reach beyond the imagination of the discontented.  They don’t trigger the reaction they dream about.

A unified message is the spark that creates the kind of pandemonium that can trigger a coup attempt which then may require a declaration martial law.  In America there is no unified message, only grumbling and discontent.  In Russia the Communist’s had a united message based on an ideology that people bought into and the implementation came quickly.  The government was overthrown and a miserable substitute implemented.  The martial law of the Czar was ineffective because the message was compatible with the discontent of the masses.  Thus martial law only fueled the rebellion.

In America there is discontent.  There is discontent with the Obama administration’s disregard for the law and the Constitution which by the way government  officials took and oath to uphold and protect. No wonder there is discontent. When a former Secretary of State is investigated by the FBI and the Director of the FBI points out she showed carelessness in handling classified documents and then recommends no indictment by the Justice Department discontent is natural response.  When the Justice Department announces before the findings by the Director of the FBI they will accept whatever he recommends.  There is discontent with a Department whose major job is justice. This demonstrates corruption of the highest order.  Yet this is not what can trigger martial law.

An election is on the horizon and the option America has is a peaceful transition of power as has been her method for over 200 years.  Americans realize this is how you punish corrupt politicians and their actions.  You vote them out and replace them with people who recognize the flaws exhibited and vow to remedy them.  We have such an election coming up.

To declare martial law in America at this stage would require what is commonly referred to as a false flag attack.  It would require an attempted coup and an organized mob that would present a resonating message. If President Obama attempted to create a false flag attack his dilemma would be the issue of whether the military would support him or the opposition.  He has no SS troops, no unified military and cannot rely on the citizens he is attempting to disarm to be his defenders.  He has only the future peaceful displacement that will place him in the same ineffectual showcase of all former presidents.

Martial law is a desperate measure for a despot who has unlimited tenure and stands to lose it by rebellion.  Obama has no unlimited tenure and no means to implement martial law.  His declaration would mean nothing if the troops to enforce it denied his orders.  This is not a danger to the union that Lincoln faced.  This is only a misguided president who tried to make America into something she could never be. America is not ripe for any rebellion or martial law as long as the Constitution is intact and peaceful transfer of power is possible.

You can see the level of disruption and despair that brought Venezuela to her knees and the need for martial law.  Contrast that with a country that is tossing an incompetent “leader” who draws red lines and steps back.  There is also another component for martial law that Obama doesn’t have and never will have.  He fears the ire of the American people and realizes any false flag attempt would in all probability end in him being deposed.  There will be no martial law in America.  Our Constitution and way of life rejects such an imposition.