America vs. the Welfare State 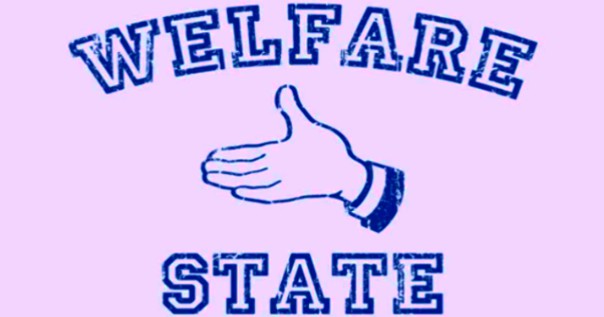 America is currently witnessing the collapse of an ill-conceived government takeover of its healthcare network, which is said to be about one-sixth of the nation’s economy. The federal government, led by President Barak Obama and the Democratic Party strong-armed individual state governments to participate with the federal government in this partial takeover of the American economy. This vicious neo-fascist takeover, headed by anti-capitalist leaders in the Democratic Party, has been an ongoing project since, at least, the 1920’s. Early in the 20th century many western academics and journalists were fooled into believing communism and socialism were future roads to utopia. In America, the deceit and subversion for such statist political policies were admitted long ago;

“The American people would never vote for socialism, but under the name of ‘liberalism,’ the American people will adopt every fragment of the socialist program. One of the traditional methods of IMPOSING statism or socialism on a people has been by way of medicine. It’s very easy to disguise a medical program as a humanitarian project. Most people are a little reluctant to oppose anything that suggests medical care for people who possibly can’t afford it.” (Norman Thomas; American Socialist, 1927)

Americans may get fooled from time to time, but when it senses blatant coercion by corrupt government officials trying to force some aspect of Socialism down the throats of the people, they react like they just caught a whiff of smelling-salts. Much of America may tolerate some Keynesian-fascism, but when it gets too close to resembling ‘Socialism’ the warning bells go off like a fire alarm. Thus, when the deceptions of subversives like Barak Obama, Nancy Pelosi, Harry Reid, Bill and Hillary Clinton, are exposed and come to light, the majority of Americans stand-up and take notice. This was manifested in the stunning and historic election of Donald Trump for president; a non-political candidate.

America and the rest of the Western-World is now witnessing the slow collapse of welfare-state economics whether they want to admit it or not. Not only has the modern welfare-state not achieved a reduced percentage of “the poor” overall, it has helped destroy the ‘spirit’ of individual recipients of statist-welfare. As a result, there is now widespread unrest and violence erupting throughout the western-world by disenfranchised special-interest groups reacting to these changes.

Early on in the Apostolic Christian church, the care for the needy proved to be overwhelming for the Apostles to handle; so, the office of deacon was established to fulfill ‘Levitical duties’ as a help to the Apostles. Deacons were thus given Levitical duties as a ‘new order’ of Levites. The Levitical duties of Levites according to Numbers (18: 25-26) were care of the sanctuary, its music, health, education, and charity. All were under the (Hebraic) Levites care and control. In the early church, the diaconate (body of deacons) was a full-time, paid office. Early church deacons were called Levites and were meant to be local ministers of God’s grace and mercy as they fulfilled their duties.

Today’s welfare-state economics in the Western-World, with powerful centralized-governments has steadily encroached on the role of church deacons and their personal ministering duties to their local congregations and community’s. The extremely high anti-biblical taxation demanded by ever-expanding centralized fascist governments has effectively cut deeply into church treasuries for fulfilling the deacon’s ministerial duties. To fully restore the diaconate, local congregations will need to make a focused effort through their tithing and gifts to combat the encroachment by statist governments.

The ‘economic-democracy,’ or welfare-state economics of western democracies must also be scaled back to resemble more of a biblical free-market economy in order to produce long term economic growth. As Dr. Gary North has noted; “When Christianity adheres to the judicial specifics of the Bible, it produces free market capitalism…Free market capitalism produces long-term economic growth. Socialism and middle-way economic interventionism by the state produce poverty and bureaucracy. If your goal is to keep poor people poor, generation after generation, you should promote socialism.” If you have been, or are being taught by a pastor, minister, or teacher that the Bible teaches some form of Socialism, be aware that they are a false-teacher, teaching what is contrary to any honest theological study of biblical economics.

In certain Christian sects, the term “government” used to have a much broader meaning than it has today. First, government meant the ‘self-government’ of the individual. Second, it meant family government. Third, it meant church government. Fourth, the school or education was a government. Fifth, our vocation governs our work relationships. Sixth, are community relationships, groups, clubs, organizations, etc. Seventh, is the civil-government; just one among other spheres of government. In the Christian view, each of these aspects of government are under the authority of Jesus Christ; and each has its own limited sphere of authority.  So, when professing Christians defer to the state, or civil-government as ‘the government’ they have unwittingly conceded unlawful power and authority to an alien-lord. Such a mindset denies the all-encompassing Lordship of Jesus Christ and His total authority.

The Word of God teaches that Jesus Christ is our Priest, Prophet, Lord and King. Isaiah 9: 6 says; “For unto us a child is born, unto us a son is given; And the government will be on His shoulder. And His name will be called Wonderful, Counselor, Mighty God, Everlasting Father, Prince of Peace. Of the increase of His government and peace there will be no end, upon the throne of David and over His kingdom, to order it and establish it with judgment and justice from that time forward and even forever.”

In proclaiming the Great Commission Jesus said; “All authority has been given to me in heaven and on earth. Go therefore and make disciples of all the nations, baptizing them in the name of the Father, and the Son, and of the Holy Spirit, teaching them to observe all things that I have commanded you; and lo, I am with you always, even to the end of the age.”

Daniel’s prophecy (Dan. 7: 14) about Jesus said; “…to Him was given dominion and glory and a kingdom, that all peoples, nations, and languages should serve him. His dominion is an everlasting dominion, which shall not pass away, and His kingdom the one which shall not be destroyed.”

As our Priest, Prophet, Lord and King, Jesus has authority and dominion over every aspect of our lives; over every sphere, spiritual and material. He rules over our individual lives, our family lives, our church lives, our vocations, our community’s, even our civil-governing. Everything is under His authority whether we recognize it or not. If believers do not recognize Christ’s government and authority in all areas of life, they become ‘faithless’ in those areas by giving authority and dominion over to other lords, or false-gods. As Scriptures clearly testify, when God’s people allow other lords or false-gods to have dominion over them, God will give them over to the entanglements and control of their enemies because of their faithlessness and disobedience.

Surveys and studies have shown that Christian tithing in America runs on average, about 3%. This is a far cry from the biblical-tithe of 10%. This decline reflects the faithlessness of much of Christianity. The church for the last several decades has surrendered much of its power and authority over to the state and its wasteful, corrupt bureaucracies; thus, putting more faith in anti-biblical statist government than in the kingdom of God. Many Christian individuals now give more money to the state than they give to their local churches. This shift in American attitudes about the civil-government’s role in the lives of its citizenry has weakened the positive influence of churches; causing communities to deteriorate, and allowing increased tyranny from the civil-government.

Authority and power from our federal and state governments grew tremendously throughout the 20th century. In Europe, it has produced totalitarian-states where charity has almost entirely disappeared. In America, government expansion divides communities, causes turmoil between classes, and pits special interest groups against one another as they compete for special funding. Charity in America still remains comparatively high to the rest of the world, but as culture becomes more secularized, churches and local community organizations have declined in their cultural influence. A revival of local influence in community churches and a restoration of the proper biblical role for deacon leadership could go a long way in influencing congregations to stimulate positive changes for local churches and their communities.