America at a Crossroads

It has finally come to the point where a line has been drawn in the sand.  The dreamers are ranting and raving that they want their benefits whether or not there is any money to pay for them.  The dreamer counterparts in the political arena are running from their obligations because they don’t want a vote brought up that they know their constituency will not like.   The realists who will have to pay the bill are speaking up but no one on the other side is listening.  The issue is not about whether a union can bargain but whether a union can “bargain” when there are no funds to bargain for.  This reality should have been a component of every union in its charter but narrow minded union organizers only had the objective of being henchmen to wringing as much from the organizations paying the bills as they could but never looking at the long term consequences of such a policy.

We have been able to struggle along in the public arena as long as the borrowing and taxes carried the day for additional salary and benefits. Like the politicians who have believed the day of reckoning would never come ( at least not on their watch) so too the union bosses have always blindly contended there would always be money to be squeezed out of the employer.  It has been a fantasy which had some sobering events that were ignored such as the closing of private companies who were closed down due to high labor costs.  One only has to look at the auto industry to see how the gouging unions wiped out thousands of jobs.

It is time to reexamine the role of collective bargaining.  People may be dissatisfied with their wages or benefits but demanding what cannot be paid for is not a rational approach to resolve wishes and realities.  The traditional union approach has always been to hold the strike card in the back pocket when “negotiating” which has been a fear tactic that often squeezed more in benefits than was affordable.  The notion that higher prices ( or in the case of public unions, higher taxes) could always be instituted to pay for these benefits, ignored the realities of inflation, the limits of taxpayer compliance and the reality of a necessary profit for businesses to continue to operate. Now we have seen in a most visual manner just what this ill thought out approach actually reaps.  It cannot only ruin a business but put a country into chaos and revolution.  Like taxation collective bargaining has the power to destroy.  Like taxation it must be restricted or it will be destructive.  Since there is a reluctance to self regulate in either of these arenas of government and unions, what is the solution? 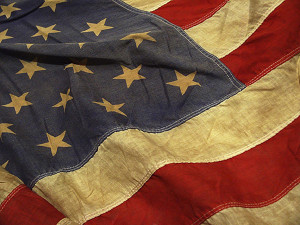 I have spoken of the necessity of making government revenues voluntary as allowing a limited taxation process will naturally expand as we have seen happen.  Again, the millions that show up voluntarily in coffers of politicians proves that people will voluntarily contribute to their government.  Now about collective bargaining.  Can we allow a little of this to grow into the kind of overriding demands that disrupt the economy and bankrupt us?  Such an approach is suicidal.  So how do we limit collective bargaining?  We can constitutionally cancel the right of the government to tax.  We cannot limit “negotiations” without attacking such rights as right to assembly and even free speech.  There has to be a better way.

As a beginning proposal I offer the following.  Whenever a union approaches an industry and solicits membership it should be honestly forthcoming on the risks involved just as investors are cautioned before they put up their money.  The downside of union overreaching should be plainly exposed and a selling point to a union would be the reputation it had gained by not having a string of shutdowns in its history.  This would put collective bargaining on a voluntary reputation basis instead of a promise that could turn into a disaster.  The method and strategy of unions today is obviously flawed and leads to the impending disasters we see ahead of us.

Too long people have thought if only there was law all would get straightened out.  Man made laws that are in conflict with natural laws just don’t work.  You cannot spend what you don’t have and likewise you cannot demand what cannot be provided.  Schools could teach these principles if they were private and aware of the consequences of taxation and collective bargaining.  Teachers with a vested interest in both of these are not likely to teach anything about adverse consequences of both practices.

America can no longer pretend the money tree is going to grow forever or even return to prosperity as the politicians continue to dream about.  The spending has put the nation in the precarious position that no amount of continued spending will repair the damage.  More spending will not reduce the debt and the debt must be addressed the only way debt without adequate resources can be addressed and that is with a reduction of spending. America has to decide if she will attempt to descend into collapse or decide to  hitch up her belt, work toward paying off her debts, stop the demands and promises that cannot be honored and rise from the ashes of fiscal folly.  There is no longer any gray area to retreat to.  We either prosper or we’re broke.