America as a Caliphate? 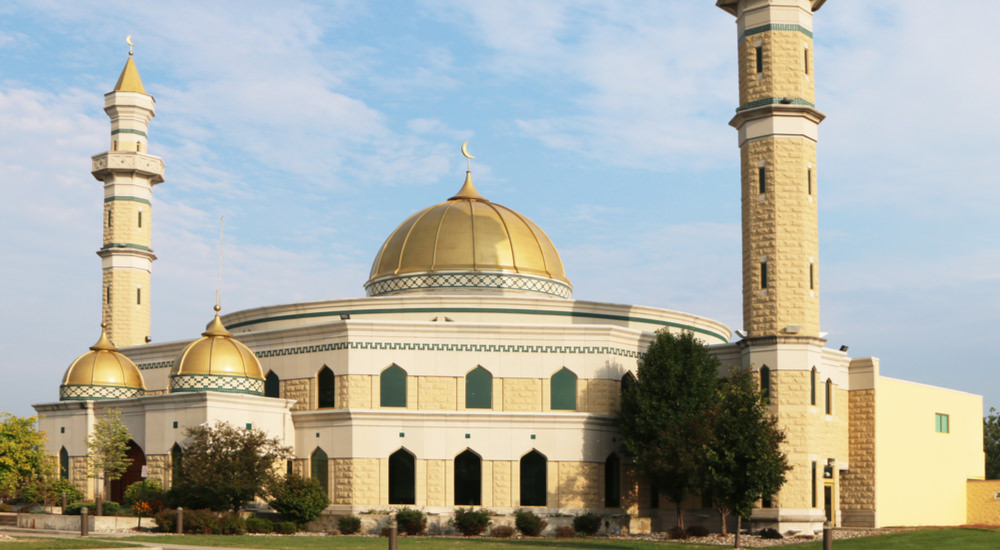 In the America, which is now called Americanistan, the conquest has been completed.  It wasn’t done in a bloody revolution, although blood was shed.  It wasn’t done in a week, a month, or a year.  It actually took a couple of decades, but no one was expecting it, and it was done in such a manner that no one even suspected what was happening before their very eyes.  The conquest was all-encompassing…nothing was left to chance.  There was, and had been, a plan in place for the conquest of the United States for many years.  In fact, the steps taken were in a very planned manner, almost guaranteeing that America would become an Islamic Caliphate.

Let’s step back, take a look at this new Islamic state and try to figure out how it came about.  We said it wasn’t a bloody revolution, so that’s out.  Just what were the “baby steps” that were taken, and which resulted in Americanistan?

First, we need to understand what Islam is, and isn’t.  For starters, it is a cult, but that is just my not-so-humble opinion.  Sometime in the 600’s a man claimed to have had visions, revelations, dreams…call them what you will.  Mohammed said he had a new religion, and wrote down some things which eventually became the Qu’ran.   Of course, infidels like me tend to question some of the “laws” because they tend to sound like a vindictive person.  There’s a lot of violence in the Qu’ran, directed at infidels, as well as pleasures for those that act on the violence.  What we DO know about him is that he was a particularly vicious warlord, and that he was a pedophile.  Now we have the basis for Islam.  Muslims are people that have submitted to Islam and if they are true believers, they will follow the directives of the Qu’ran.

Islam is not interested in history, taking the attitude that nothing of any importance existed before Islam.  This sometimes shows itself in the wanton destruction of all sorts of historic things…statuary, churches, books, and people.  The world has lost priceless treasures because of this.  There was a museum in Mosul, Iraq, where the jihadists went in and demolished just about everything.  Islam is not tolerant…of anything or anybody if they are not Muslim…and the right kind of Muslim at that.  Islam is not, and never will be, content to rule a country, or a region.  The Islamic idea of peace, Dar as-Salam, is when the entire world is Muslim.  That does not come about easily or quickly.

Recently, I came across “The Plan”, which is how Islam does what they do to initiate a caliphate.  Here’s how it works: Stage 1…Muslims begin moving to non-Muslim countries in increasing numbers and the beginning of cultural conflicts are visible, though often subtle.      First migration wave to non-Muslim “host” country.   Appeal for humanitarian tolerance from the host society.   Attempts to portray Islam as a peaceful & Muslims as victims of misunderstanding and racism (even   though Islam is not a ‘race’).    High Muslim birth rate in host country increase Muslim population.     Mosques used to spread Islam and dislike of host country & culture.  Calls to criminalize “Islamophobia” as a hate crime.       Threatened legal action for perceived discrimination.    Offers of “interfaith dialogue” to indoctrinate non-Muslims.

How many nations are suffering from Islamic infiltration? One? A handful? Nearly every nation? The Islamic ‘leadership” of the Muslim Brotherhood and others wish to dissolve each nation’s sovereignty and replace it with the global imposition of Islamic sharia law. Sharia law, based on the Koran, Sira and Hadith, condemns liberty and forbids equality and is inconsistent with the laws of all Western nations. As the author and historian Serge Trifkovic states: “The refusal of the Western elite class to protect their nations from jihadist infiltration is the biggest betrayal in history.”

Is there a pattern here? Theo van Gogh is murdered in the Netherlands for ‘insulting’ Islam; the Organization of the Islamic Conference demands ‘anti-blasphemy’ laws through the United Nations; France is set afire regularly by ‘youths’ (read Muslims); the rise of (dis-) honor killings…holocaust denial…anti-Semitism…deception re the tenets of Islam; hatred toward Christians and Jews and Hindus and Buddhists.  The pattern for all to see is the rise of Islamic intolerance and the covert/cultural jihad to remake host societies into sharia-compliant worlds – to remove host sovereignty and replace it with Islamic sharia law.  Sharia law that condemns earthly liberty and individual freedom, that forbids equality among faiths and between the sexes, that rejects the concept of nations outside the global house of Islam, that of Dar al-Islam.

STAGE 3: OPEN WAR w/ LEADERSHIP & CULTURE…Open violence to impose Sharia law and associated cultural restrictions; rejection of host government, subjugation of other religions and customs.   Intentional efforts to undermine the host government & culture.    Acts of barbarity to intimidate citizens and foster fear and submission.    Open and covert efforts to cause economic collapse of the society.    All opposition is challenged and either eradicated or silenced.    Mass execution of non-Muslims.    Widespread ethnic cleansing by Islamic militias.    Rejection and defiance of host society secular laws or culture.    Murder of “moderate” Muslim intellectuals who don’t support Islamization.    Destruction of churches, synagogues and other non-Muslim institutions.    Women are restricted further in accordance with Sharia law.    Large-scale destruction of population, assassinations, bombings.    Toppling of overnment and usurpation of political power.    Imposition of Sharia law.

The website www.thereligionofpeace.com  keeps track of the number of violent jihad attacks as best it can. The site lists more than 14,000 attacks since September 2001. It is worth a visit. What is occurring, however, that is likely inestimable are events where muslims are bullied by other muslims for not being “muslim enough,” where non-Muslims are intimidated into doing or not doing what they desire, where remnant populations are in a death spiral simply for being non-muslim in a predominantly muslim area. Christians, Jews, Hindus, Buddhists Animists and Atheists meet with death, property destruction or confiscation, forced conversion, rape, excessive taxation (the jizya), enslavement, riotous mobs and various other forms of islam (in-) justice at the hands of muslims in Sudan, Philippines, Kenya, Malaysia, India, etc.  And let us not forget ‘death to Apostates’ the world over.

Freedom of speech and the press eradicated.    All religions other than Islam are forbidden and destroyed.    Destruction of all evidence of non-Muslim culture, populations and symbols in country (Buddhas, houses of worship, art, etc).The House of Islam (“peace”), dar al-Islam, includes those nations that have submitted to Islamic rule, to the soul crushing, liberty-condemning, discriminatory law of Sharia. The rest of the world in in the House of War, Dar al-harb, because it does not submit to Sharia, and exists in a state of rebellion or war with the will of ‘Allah.’ No non-Muslim state or its citizens are “innocent,” and remain viable targets of war for not believing in ‘Allah.’ The Christian, Jewish, Coptic, Hindu and Zoroastrian peoples of world have suffered under subjugation for centuries. The Dhimmi-esque are forbidden to construct houses of worship or repair existing ones, economically crippled by the heavy jizya (tax), socially humiliated, legally discriminated against, criminally targeted and generally kept in a permanent state of weakness, fear and vulnerability by Islamic governments.

It should be noted that forced conversions (Egypt) and slavery (Sudan) are still reported. Homosexuals have been hung in the public square in Iran. Young girls are married to old men. Apostates are threatened with death. “Honor” killings are routine. Women are legally second-class citizens, though Muslim males insist they are “treated better” than in the West. These more obvious manifestations may distract from some less obvious ones such as the lack of intellectual inquiry in science, narrow scope of writing, all but non-existent art and music, sexual use and abuse of youth and women, and the disregard for personal fulfillment, joy and wonder. Look into the eyes of a recently married 12 year old girl to see the consequence of the moral deprivation spawned by Islam.

Parting shot: That, my friends, is how Islam has planned to take over America…and the world.  As a military general might plan a campaign, so has Islam planned for the ultimate “peace” in the world.  You have been warned, so heed the warning.