America in 2016: A House Divided Between Adults and Spoiled Brats 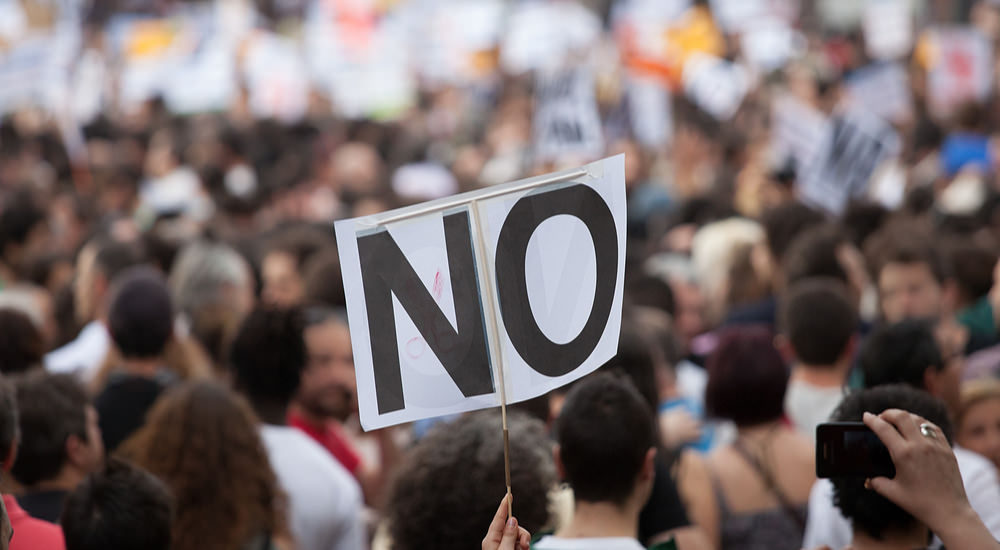 Remember the Republican riots of 2008 when Obama was elected president?  Patriots realized that Americans had just overwhelmingly elected an anti-American, anti-Christian Moslem socialist to be leader of the free world at a time that the world was engaged in war with Islam.

America has not been so divided since 1860.  Only now it isn’t about ending slavery.  It’s about freeloaders who would make taxpayers their slaves by demanding entitlements they have not earned.  America has had a lawless president who undermined everything for which America stands over the last eight years.  Democrats have been in control of the economy for the last ten and what they have wrought they have blamed on Republicans, capitalism, and Christians.  Now, with the election of Donald Trump, there is hope that the eyes of the ignorant will be opened to their folly.  The difference between a conservative and liberal is that conservatives knew when Obama was elected that America would suffer.  Those pitching a tantrum and crying in the fetal position over Hillary’s loss need a lesson in growing up.  That’s not what we did when you gave this country over to the hands of Obama and the Democrats eight, ten years ago and we had to watch them wreck it.  No it’s time for the adults to take charge and put this country back together that you liberals in your foolishness have torn asunder.

Liberals are proving that it is they who are the haters, the bigots, the ignorant, the arrogant, and the ill-bred.  The difference between a conservative and a liberal is that liberals suffer from greed, envy, ignorance, and hate, while the conservative is a liberal that grew up by learning morality and responsibility.  Liberals resent us because we have what they want.  They see rich older men and ask why they aren’t rich without understanding that those men worked their entire lives to become wealthy.  They resent us if we stop them from taking what they want because they believe they are entitled to it and if it isn’t give it to them then they think they are entitled to steal it.

Sixty million people voted for Hillary, an equal number as voted for Trump despite 70% of Americans believing the nation is going in the wrong direction and that Hillary is dishonest.  The Left says Trump’s campaign is all about hate and racism, but they know the truth is that his campaign is about law and order.  The ignorant masses are both duped and deluded in believing what they are told by the leftwing-nut propaganda machine and think it’s the older, wiser, more experienced people who are the ones being fooled.  This is a sad statement on the quality of America’s misguided, uninformed, and poorly educated youth.

Trump excited people and turned out voters who hadn’t voted in years, while Hillary had the opposite effect.  But the Washington outsider effect must also be taken into account for those who reject an unknown.  Hillary got 10 million fewer votes than Obama got in 2008 and Trump got 3 million fewer votes than Romney in 2012.  This despite Obama illegally giving five million illegals citizen voter rights, California’s governor allowing illegals to vote, and Virginia’s governor pardoning sixty thousand felons to allow them to vote and actually flipping the state.  This is why the popular vote does not elect the president because it is too easy for corrupt governors to stuff the ballot box.  But Trump ignited the passions of patriots who have been forced to watch their country degenerate for the past decade under the hands of radical leftists.

Every time leftists gain power they always make matters worse whether they are radical leftist Democrats or moderate leftist Republicans.  The country is in the shape it is today because you chose this!  Now you know why Rush Limbaugh said “I hope he fails.”  The problem is if you voted for Hillary then you are still too ignorant to understand it.  Millennials were told Hillary was the most qualified person ever to seek the presidency only because she’s been around people in the presidency.  They were taught that Trump was unqualified because he’s a businessman, not a politician.  They voted for Obama whose lack of qualifications they ignored because they were mesmerized by his charismatic expression of platitudes.

The fact is that the business of America is business and there is no one more qualified to be president than a magnum business leader.  The state of the nation and the world that Obama has wrought proves incontrovertibly that a know nothing political hack has no ability to lead this nation let alone the free world.  Time to let a businessman, who not only understands how companies prosper, but who puts America first who will, as leader of the free world who is against the leftist agenda, take charge and set the nation and the world back on the right track.

Rush Limbaugh, like all conservatives, expressed his concern that Trump may fall victim to Republicans asking him to moderate his tone, to mollify liberal Democrats that he won’t do all he said he would.  Radicals are out terrorizing Americans with riots and threats of greater violence if they don’t get their way, while college wusses curl up in their safe spaces and write petitions asking the Electors to select Hillary in direct opposition to the vote.  The real question is; what would the election look like if all the Democrat voter fraud of Obama and his governors had not been permitted to take place?  It is this kind of corruption that is causing the loss of American liberty.

Liberalism was defeated!  Now is not the time to mollify them!

Conservatives are more concerned with Trump becoming like Boehner than of his becoming like Hitler and being subverted by Washington corruption.  But he gives no indication that he could be so easily misled.  The fact is that Obama has been the closest thing to Hitler America has ever come by and if the people knew one tenth of what he has been doing while in the White House they would crap their pants.  Of one thing you can be certain; you can bet there are operatives in the Obama Regime right now who are shredding documents and bleach bitting servers so that his treacheries will not be discovered when Trump moves into the White House.