Alter or Abolish – the Time has Come for a Fight 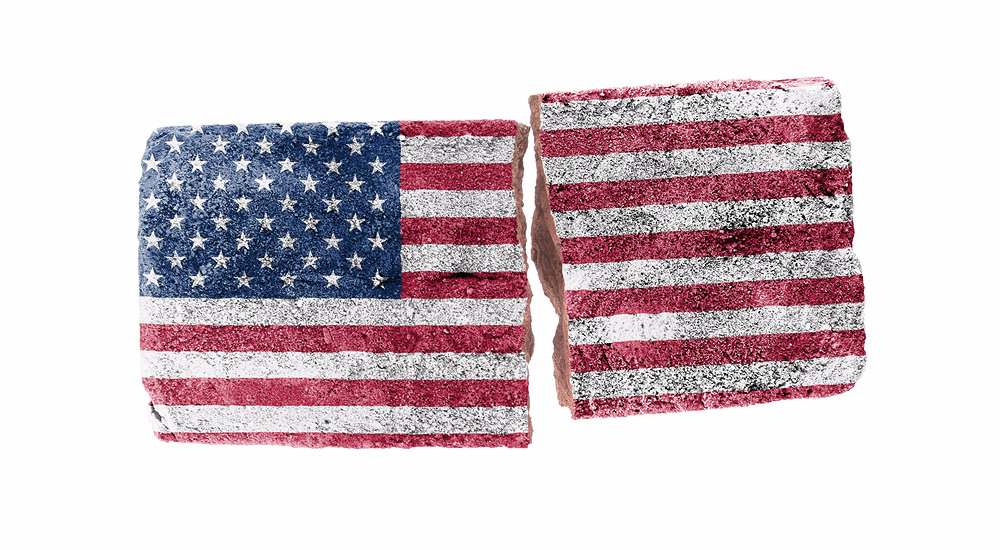 Thomas Jefferson wrote, “Whenever any form of government becomes destructive of these ends [life, liberty, and the pursuit of happiness] it is the right of the people to alter or abolish it, and to institute new government…”

After decades of free trade giveaways like NAFTA that proved Ross Perot correct when he warned about a giant sucking sound as jobs left the United States, the American middle-class is at best moribund and at worst, only a nostalgic memory lying on the scrap heap of the 1950s-style American Dream.

The idea that this sad state of affairs has been brought about by members of Congress, many claiming to be conservatives, seems utterly ludicrous. Don’t Republicans, at least, want smaller government, lower taxes, fewer regulations?

They campaign that way. They vote otherwise, however, and hope their constituents won’t notice. For a long time, we didn’t. But, that is changing.

Somewhere along the line, the Republicans joined with Democrats to bring about a very old idea, what President George Herbert Walker Bush called a New World Order. Gone was respect for the Constitution that was written to tie the hands of the federal government. Gone was the rule of law, replaced by a need for cheap gardeners and pool boys.

Somewhere in the recent past, the idea of a Shining City on a Hill dimmed. Now, Republican voters fully expected the Democrats (Demmunists) to rally for open borders, sanctuary cities, and wage-crushing illegal immigration. We knew the Left needed new voters after having nearly aborted themselves out of existence.

But, when did the Republicans combine with the Left to become a joint District of Columbia Party? Probably after they realized they could vote for themselves largesse from the national treasury. The Political Class gets six-figure salaries, nice homes, cars with drivers and a retirement package second to none. Then, after they leave government, they join a lobbyist firm and make seven-figure incomes chatting up old times with old friends in Congress.

We the People get trickle-down EBT cards and 99 weeks of taxable unemployment benefits. (Remember when unemployment benefits provided money about equal to a worker’s take-home pay? That was before Clinton got the brainstorm to tax those benefits and steal more money for government.) Ninety-five million Americans have given up looking for work. They get what is strictly forbidden to Yogi and Boo Boo in Jellystone Park—handouts. Don’t feed the bears because they will soon depend on humans and forget how to fend for themselves. But, it’s perfectly okay for Americans to queue up for their daily fish handout. How better to control their lives than make them dependent on government?

But, and this is where things get dicey, the American people have been awakened. The question is, are their enough of us still around that remember the days when the federal government wasn’t the proverbial 800 pound gorilla? We will see, I guess.

In the meantime, though, don’t expect anything to change.

Two years ago this month, Eric Cantor, Republican House Majority Leader, was shown the door by his constituents over his pursuit of immigration “reform,” open borders, and the globalist agenda.

Eleven days ago, Renee Ellmers, the open borders advocate who also pursued the globalist agenda despite the number of Tea Party votes that elected her, was unceremoniously dumped by the rabble with pitchforks. Next year, Congress will just have to learn to get along without a fellow aristocrat.

Six days ago, the son of radicalized immigrant parents from Afghanistan, walked into a nightclub and murdered fifty-three people in the name of Jihad.

Four days ago, Randy Forbes, Chairman of the House Prayer Caucus was fired by the voters of Virginia, replacing him with Virginia Delegate Scott Taylor, a former Navy Seal, who went hard after Forbes for giving the president everything he wanted on the Trans-Pacific Partnership, another free trade giveaway that would subject Americans to a new NAFTA agreement, as in Giant Sucking Sound II.

And yet, just two days ago, thirty House Republicans joined every Demmunist in voting against amendments that would forbid spending tax dollars to recruit ILLEGAL immigrants into the United States Armed Forces. The tallies were 207-214 and 210-211.

Now, you’d think maybe those thirty Republicans would at least give it some thought before thumbing their noses at the Republican base. I do not doubt all thirty are sympathetic to the #NeverTrump murder-suicide pact that results in Madame Mao becoming the Secretary General.

We have to stop thinking of these people as traditional or conservative Republicans. They are globalists bent on erasing America’s borders, allowing mass immigration, and a permanent end to the United States Constitution, in particular the 2nd Amendment.

Donald Trump wants to make America great again. The DC Party hates Donald Trump and wants him murdered, or at least stabbed in the eye like Glenn Beck would like to do. Trump voters are hated and attacked by rent-a-mob communists who are so close to achieving a communist dictatorship they’re not about to let Donald Trump or the American people get in the way—even if they have to attack women and children.

The Republican Party is not our friend. The Establishment hates the base. They need to find a new base, and they don’t mind saying so.

Just remember when you walk past the Leftist rent-a-mob and into the voting booth. Donald Trump is going to make America great again, and that means the next giant sucking sound you hear, it will be globalists and their Leftist allies abandoning the ship of state.