Allah and Yahweh’s Ancient War: A Diagnosis Through a Historical Perspective 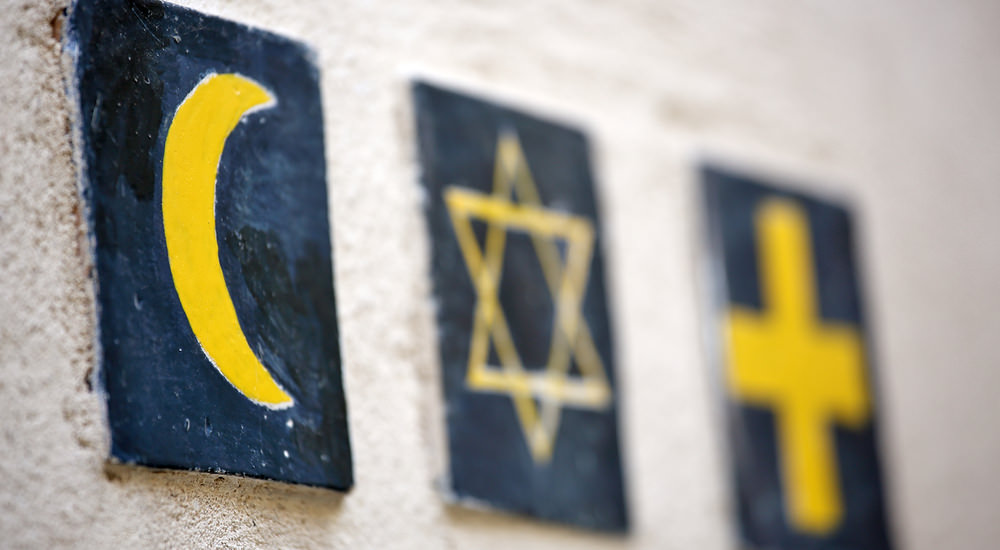 I am a practitioner of medicine by trade. My job is to examine ill people through various means and arrive at a diagnosis. Then I select an appropriate treatment based on that diagnosis to restore my patient’s health.

Let’s imagine you have a cough. Now a cough could be a symptom of a number of conditions. But for the sake of simplicity, let’s say you have one of two diagnosis: an allergy flare, or pneumonia.

This cough has been bothering you for weeks, and it is starting to get worse. So you seek medical attention. You arrive at my clinic, I examine you and diagnose you with an allergy flare. I give you allergy medicine and send you on your way.

A week later, you are no better. Now you feel like the cough is not just in your throat but in your chest. You are producing green mucus and have called out sick the past two days from work.
Again, I stick to my allergy flare diagnosis and this time give you a shot and increase the strength of your medicine.

Three days later you have started to have a fever and are wheezing. You return looking worse than before. I put you on a nasal spray and refer you to an allergy specialist.

One week later, you are dead.

My diagnosis was incorrect, and this incorrect diagnosis led me to prescribe an incorrect treatment. Each time you returned I was unwilling to consider that my diagnosis might be wrong or get help from some of my more experienced peers. I was stubborn, unyielding…. and it cost you your life.

This example is extreme, but it reminds me of how our political leaders are treating Islam and Allah. We are told time and time again that this is a religion of peace and that Allah is the same as the Judeo-Christian God, Yahweh. While the symptoms of Christianity mirror the symptoms of Judaism, and vice versa, the same cannot be said of Islam. The symptoms, are in fact, polar opposite.

Nevertheless, we prescribe Islam the same treatment we have given Christianity and Judaism: welcoming open arms. We expect this will lead to harmonious coexistence, a fulfillment of those bumper stickers you see plastered on hipster vehicles. Instead, our treatment of Islam (the equal treatment we have given every other religion) yields shootings, stabbings, bombings and a more and more fearful population of people of all faiths. The treatment is not producing the desired results (a peaceful co-existence either here or in the Middle East) which leads me to conclude that the diagnosis is incorrect.

This leaves us in a bit of a spot doesn’t’ it? If Islam is not a religion of peace, then what is it? If Allah is not Yahweh, the Judeo Christian God, than what is he/she/it?

Since Islam comes from the demands of Allah, let us first address Allah and his diagnosis. And since he is unavailable for exam, we have to look at his followers. I am not talking about the “Friday Muslim” who rarely reads the Koran, goes by the Golden Rule more than he goes by Mohammed’s teachings. I am talking about the devout: the Isis’ the Boko Harams, the Nidal Hassans. On exam of their psyche, we find three characteristics: hatred of the non-Muslim, profound devotion to Allah, and little regard for human life. Their symptoms mirror the desires of their god.

We have to dig through history to find a god like this because everyone and their dog is too wrapped around the false diagnosis to even consider a different possibility for Allah. Our modern information is ill equipped to aid us in our diagnosis.

However, when we sift through history, four distinct examples can be found. Indeed, we find one such god among the Phoenicians, one named Baal or Molech to whom infants were burned. How is Allah connected? Both entities love child sacrifice (Mills, 2013). Mohammed himself instructed that “Even two (sacrificed children) will shield (a woman) from the hell fire.” One of the most famous scenes in American Sniper involves Chris Kyle shooting a young boy who is encouraged by his own mother to commit jihad against Americans. (Eastwood, 2015). To this day countless young Muslim lives are lost to the cause of jihad.

Yahweh, on the contrary hates child sacrifice. True, He initially demanded that Abraham sacrifice his son, but He stopped it just as quick. The purpose of this famous scene in the bible is was to stamp something into the minds of all who call him Almighty: DO NOT KILL YOUR CHILDREN FOR ME (The Geneva Bible, 2015).

We also find a god named Alla among the Babylonians in the Epic of Atrhasias. This is an ancient Babylonian flood and creation story, less famous than the Epic of Gilgamesh but fascinating still. In this tale, the god Allah (spelled as Alla by the Babylonians) throws a rebellion against the main god, Enlil after he was making Allah and the other gods work too hard carving the Tigris and Euphrates rivers (Shoebat, 2013).

We know that the ancient Babylonians and Hebrews had contact because Nebuchadnezzar took them captive into Babylon (Mills, 2013). Could it be that the Babylonians heard of Satan’s rebellion against Yahweh, and tweaked the story to fit their landscape and history? If this Allah is in fact Satan himself, or a confidant of Satan’s, it would explain why he hates Christians and Jews and wants them dead.

Moving forward we find another reference to Allah originating out of Canaan. In the story of Jericho, the Hebrews were told to circumnavigate the city seven times before blowing the horns and tumbling the walls. While the name of the deity is different, Yarikh, this deity was a moon god and the city’s namesake. To this day, Jericho is still called the “city of the moon.” I also find the circumnavigation interesting because to this day Islamists circumnavigate the Kaaba. Could there be a connection? Were Yahweh’s instructions to the Israelites intended to mock the moon god? (The Geneva Bible, 2015)

The last reference to Allah we find is in the very landscape that Mohammed came from, Saudi Arabia.

The Kaaba was at one time a shrine that housed 360 gods, the most popular being Allah, the god of the moon. Mohammed even sought council from his Uncle, who was a priest of the pagan god Allah to arrive at the conclusion that what had accosted him was an angel of Allah. To this day, the moon still shines on the top of the mosques, and Ramadan moves in rhythm with the lunar cycle. Eating is only permitted when the sun goes down and the moon is coming up (Warner, 2014).

For my diagnosis, based upon historical evidence, the massive suffering resulting from doing homage to this god, and the hatred of Yahweh’s people (Christians and Jews) I propose that Allah is not the same as Yahweh. He is in fact a pagan moon god, a combination of the creation of the Ancient Babylonians, who possibly borrowed from the Hebrew’s concept of Satan, the Phoenicians’ Baal, the Canaanites’ Yarikh, and the pre-Islamic Arabs’ moon god Allah. He may also be Satan himself, since his narrative in the Babylonian Epic so closely matches the story of Lucifer’s fall. I am not 100% sure that Allah and Satan are the same, although this remains a possibility.

I also purpose that these two separate entities are at war, a war has persisted for centuries. This would explain why Mohammed went after Christians and Jews in his later life and left a prescription for his followers to do so after his death. This in fact, would explain all of Jihad. Humans have a way of getting wrapped up in spiritual conflict whether or not they would admit to it.

I will address this moon god’s religion, Islam in a follow up article. I have a diagnosis for this also, and look forward to sharing this with you. May Yahweh bless you all.