All Hands on Deck for Operation Mid-Terms 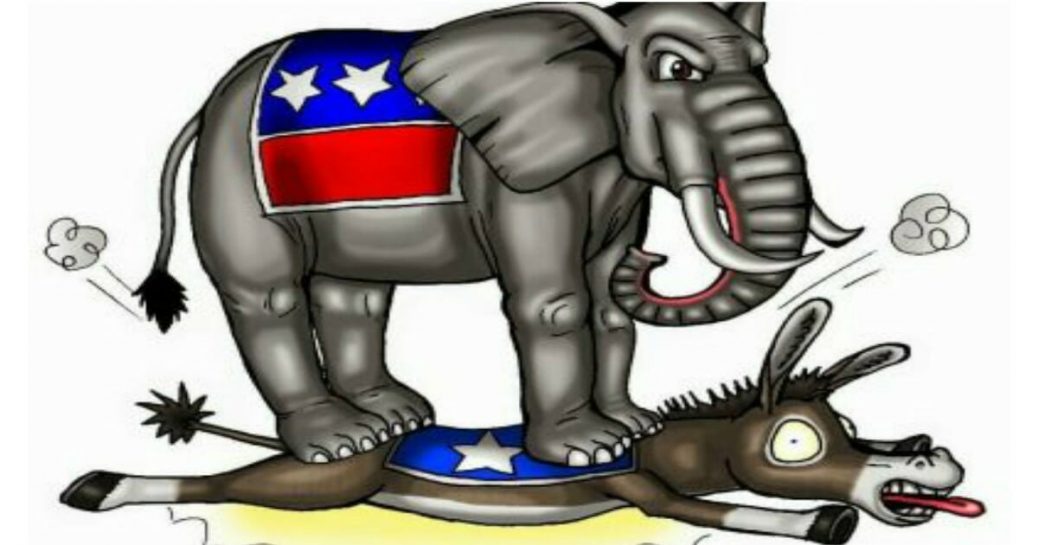 All Hands on Deck for Operation Mid-Terms

Almost a year ago, Mary and I moved from Florida to West Virginia to be closer to our parents. June 1st, my dad passed at age 90. We’ve enjoyed living in small town Trump country USA. I ate tomatoes, a cucumber and a green pepper in my salad from Mary’s tiny garden.

We recently campaigned in Montana for conservative Republican Matt Rosendale for U.S. Senate. We campaigned for Rosendale so early because Democrats are dumping tons of money into house and senate races early, using lies to destroy republicans. Yes, our Conservative Campaign Committee team will be going back to Montana for Rosendale. https://bit.ly/2mORaH9

Now that summer is about over and the kids are headed back to school, please join us in focusing on the extremely important tasks at hand. The 2018 mid-terms are swiftly approaching and demand patriots’ all-hands-on-deck participation.

We’ve hired the pet-sitter to watch Sammy our elderly Greyhound, Mary’s 8 birds and two cats. August 5th, Mary and I are flying to Arizona to join the Conservative Campaign Committee to work for the strongest conservative in that race for US Senate.

I am particularly excited about our CCC team going to Michigan to campaign for an exciting 37 year old black conservative republican and vet, John James. https://johnjamesforsenate.com/ Running for US Senate, James has been endorsed by president Trump. Wow folks, a black guy running who loves his country, doesn’t desire to punish white America and doesn’t view himself as an entitled victim. Awesome!

James’ white opponent in the primary spent $5 million of his own money. Boldly spouting conservatism, James has pulled ahead with a 7 point lead in the polls. I only brought up James’ opponent’s skin-color because leftists claim white voters will always vote against a black.

Folks, we have got to get this guy in there. Beyond James’ obvious assistance in furthering Trump’s agenda, black America desperately needs to see more outspoken black Americans who hasn’t drank the American left’s blacks-are-inferior-children, need-special-concessions and are victims-of-eternally-racist-white-America Kool-Aid.

Texas is on our CCC team’s agenda because Ted Cruz is shockingly slipping in the polls. I realize there has been anger and resentment between Cruz and Trump supporters. I traveled the country over a year campaigning for Cruz for president. When Cruz dropped out, I jumped aboard the Trump-Train with no regrets. God in His infinite wisdom, put Trump into the White House. In short, Trump has been amazingly wonderful for religious liberty, our economy and so on. https://bit.ly/2AVaNlx Ted Cruz is brilliant, a courageous warrior for conservatism. America needs Cruz in the Senate. Please dismiss any election-hangover resentments to help Cruz retain his seat. https://bit.ly/2K43pZC

As I stated, Democrats are spending tons early to spread lies and fear regarding Republicans. Liberal Democrats of the Senate Majority PAC despicably lied, claiming Republican senate candidate Kevin Cramer talked about cutting medicare and social security. https://bit.ly/2LGP4qW Politifact.com says Senate Majority PAC has a history of playing fast and loose with the truth. Our CCC team will campaign in North Dakota, countering Democrats’ lies with the truth about Cramer for US Senate. If you see our CCC team on a street corner waving “Cramer” signs, please honk.

Here’s the deal folks. God gave our nation a reprieve from the expanding tyranny and accelerated cultural rot that would had happened if Hillary were elected. More and more Americans are beginning to realize Trump is simply a concerned citizen who desires to see his country do well; fulfilling her God given role as the world leader. Trump has firmly put the breaks on the American left’s anti-Christian and anti-America agendas.

In an unprecedented display of evil, immorality and lawlessness, the American left’s resistance to Trump has no limits. And this is what makes it so dangerous. Democrats are stealthily spending big, using lies, to drive Republican candidates down in the polls. https://bit.ly/2K2uaxG We must stay engaged in winning the mid-term elections to keep the GOP in control of congress. If Democrats win control of congress, the huge boot of the American left will slam the breaks and make a sharp u-turn on Trump’s Make America Great Again agenda. A Democrat controlled house will immediately impeach Trump.

I caught trailers for two upcoming TV specials. One featured the supposed murder of a black man while in police custody. The second TV special appears to elevate Trayvon Martin to sainthood. Folks, I am not saying blacks are never mistreated by police. But, what is disturbing is both these TV programs are designed to sell leftists’ irresponsible evil lie that says police routinely murder blacks.

The Southern Poverty Law center is a hate group which has branded hundreds of Christian organizations and institutions hate groups for not embracing the American left’s extreme anti-Christian agenda. Inspired by the SPLC, a wacko shot up the conservative Family Research Council, wounding a gentleman. https://washex.am/2LRAwFe Attacks of normal Americans are happening across our nation due to the insane hate-speech spewed by the American left. Can you believe Democrat congresswoman Maxine Waters actually told their zealots to attack members of Trump’s staff at gas stations, restaurants and while shopping in department stores? https://bit.ly/2KcUN7l Leftists are also physically attacking people caught wearing, “Make America Great Again” caps. https://bit.ly/2OoWGNk

My point is the American left has become domestic terrorists; relentlessly selling their lies, hate and deceptions. These enraged Democrats seek to halt Trump’s agenda by any means necessary. Brother and sister Americans, we must keep president Trump behind the steering wheel. For this cause, Mary and I will travel across America working on races with the Conservative Campaign Committee most of this year until after the November mid-terms. We must keep the GOP in control of congress.