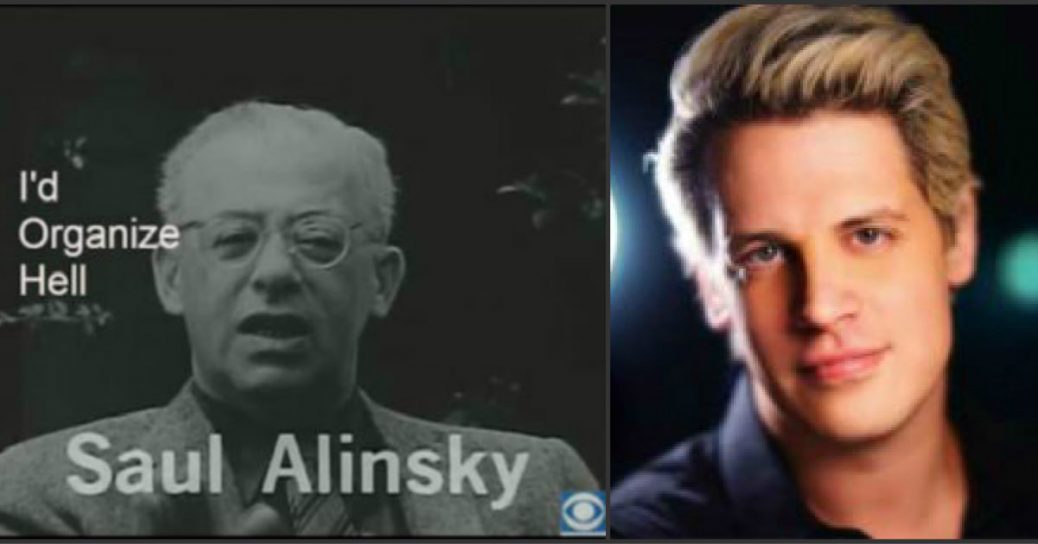 Thought requires courage. But, when a person expresses thought, he makes himself a personal target for those who squelch thought by squelching the thinker.

What you saw with Yiannopoulos is how Alinsky tactics work against the person, TO PREVENT OTHERS FROM CONSIDERING HIS THOUGHTS. His conservative thoughts are now ignored because he was discredited as a person. And he was discredited because he interjected his likes, dislikes and personal experiences which are completely irrelevant to his thoughts.

Yiannopoulos had no business trying to justify what he is or has done in his life. It is an error of inexperience against socialist Alinsky tactics. Alinsky always goes for the human jugular. Alinsky tactics are useless against thought that is not tied to a human target. They could not have attacked Yiannopoulos had he written anonymously and spoken wearing a mask — BECAUSE Yiannopoulos HIMSELF WOULD ONLY BE ABLE TO FOCUS ON THOUGHTS, NOT FEELINGS, NOT BELIEFS. He would simply not have talked about his sexual inclinations.

Who cares what an antenna “FEELS”?

Alinsky tactics work because they attacks human weakness — the desire for personal fame. It does not and cannot attack reason. His personal likes and dislikes are irrelevant to his thoughts. They only serve to provide a target for Alinskyites. The power of thought comes through, much easier, much better and with much less risk, when the thinker is anonymous. Fame is YOUR NAME in lights, and it comes with a price — the price is much less if your name is not included. The cost is that you do not get recognized, or paid. So, when you know you will be personally attacked you work for pay or you work for reason.

The Donald accepts no pay to work for justice — it is just his duty. That is why the media’s personal attacks on him are feckless. They don’t know how to debunk reason, they just know how to attack people.