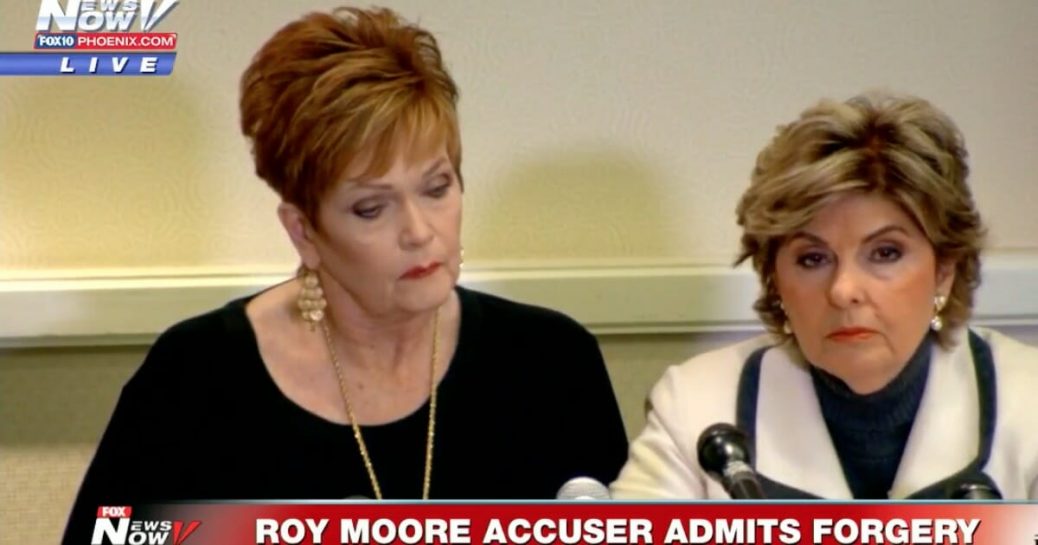 MONTGOMERY 12/9/17– Alabama, stand firm. You have no idea of your importance in history as this coming Tuesday’s election proves to be the pivotal point for the future of America with you, dear people,  at its base.  Actually a SECOND pivotal point, the first being the election of Donald Trump as President of the U.S.

We came through a frightening looming disaster with a presidential possibility from Hellary.  For George Soros the election was in the bag, for the bag, and by the bag. So much so that fireworks were purchased and set on the banks of the Hudson River set to go off at the conclusion of the results.

Newsweek Magazine released an issue with Hillary’s mug shot on the cover titled, Madame President, which was released–TWO DAYS BEFORE THE ELECTION. Yep, it was all in the bag. So they thought.

Never before has this writer observed the huge amount of corporate prayers being sent up by millions of Americans as took place before this past presidential election. This writer was one of those, rising before dawn each morning, getting on my knees and praying for the preservation of our country. These were all earnest Abrahamic Prayers asking God to open the way for Donald Trump to be placed in office.

Millions upon millions of Christians who had stopped voting long ago, came out of the shadows with their votes, and I believe were urged by God, and President Trump now sits in the Oval Office.

THE SECOND PIVOTAL POINT is coming up this Tuesday the 12th when Alabama votes for their new Senator.  The Libs have their colons in a twist over this one. Judge Roy Moore is a patriot who is pro-life, does NOT agree with gun control or ‘sanctuary cities’, and has proved to uphold the law for the sake of all society.

First let’s get this our of the way:

Beverly Young Nelson was the latest to come forth and state that Judge Moore had made improper advances toward her. And to prove it, she showed her high school  year book with a personal message, a bit flirtatious,  handwritten and signed by Judge Moore 40 years ago. Really? We saw a photo of that page of the yearbook that was published in the lying media.

This columnist was the first to point out that the message on that year book was NOT the handwriting of a man, BUT A WOMAN! Others came to examine it and came to the same conclusions.

Nelson had ambulance chasing lawyer, Gloria Allred represent her. Then her story greatly expanded. Under close scrutiny Nelson finally admitted that she had forged that message on the high school yearbook.

Just last week, Nelson’s stepson went public stating that his mother is lying. One of Nelson’s boyfriends from that same era said the same thing.

Nelson claimed she worked as a waitress at a local restaurant where Roy Moore ate dinner EVERY NIGHT. And his wife stayed home while he ate out every night and sat at the bar where Nelson “personally served him?”  NONSENSE!!

There is so many more lies she told but we don’t have space to print them all. However, two waitresses and a former policeman who frequented the restaurant during that time, all say that ‘they never saw Roy Moore even once in that place. The cop said he knew Moore personally and never saw him there.

And guess what? They NEVER saw the accuser working there either! One of the waitresses (a retired church music director) wrote a letter to the media pointing out that none of Nelson’s physical descriptions of the restaurant or parking lot (where Moore supposedly locked her in his car and tried to seduce her), were correct.

Another yarn was that Roy Moore was banned from the mall because of his coming onto young girls. RESIDUE OF A BULL!! The mall was contacted and the manager said that ban NEVER happened and that was backed up by security.

So as can be clearly seen, ALL of these false accusations were created by George Soros and the Communist Party that hopes to take over America. DO NOT FALL FOR IT.

During my years as an evangelist, I preached throughout New England. After one tour there, I received a handwritten letter from a woman who thanked me for my services and how blessed she had been by attending them.

As a courtesy, which I would always extend, I wrote her back on my stationary thanking her for for her encouraging note and wishing her God’s Blessings. It was actually very generic.

Then, all hell broke loose.  This woman showed up at my post office in Forest Hills, New York carrying a large box, asking them when I would be coming in to pick up my mail. This went on for over a week. Fortunately I was out of the area.  The postal worker said, “Do you really know him?”

She then said, “Yes I DO know him, in fact here is personal letter I recently received from him.” She showed the envelope from my personal stationary that had that postal box as my address. The postal worker then said, “What is in that box you are always carrying?”

“A wedding dress,” she said matter of factly, opened the box and showed him. Yep, she declared, she was going to marry me even I knew nothing about this, nor my wife, nor did I remember her. I shook hands with many people following each service.

When I flew down to the PTL Club in North Carolina for my regular appearance, there she was again with her box. She managed to go down there and got a job in the restaurant to wait for me to come. Security had to be called to get her out of there.

She would next proclaim this big story of how I came on to her and she had fallen in love with me and……A church of God woman minister contacted me by phone and raked me over the coals since I would not talk to her or meet with her, then accused me of thinking I was too big to talk to her….etc. etc. etc.

She would later brag that she kept me out of New England. Yes, all my services there were cancelled on the spot based on this mentally disturbed woman whom I did not even know. Nobody contacted me to check on this yarn. They eagerly took the word of a very unstable woman.

Many ministers were jealous of the ministry God had entrusted into my hands and were anxious to find anything they could use against me. I thought I had left all that jealousy behind when I left show business.

For example, after a spectacular week at the Millville (New Jersey) Assemblies of God where many miracles took place, the pastor, Rev. Garret Kenyon, stood before the congregation and said, “I don’t understand why God would use someone like Austin Miles….who was once a circus ringmaster…when my parents were missionaries and God has never used me like that!”

I kid you not. I was told that by friends of mine in that congregation who heard him say it from the pulpit.

Since that time I have never personally answered any letter from someone unknown that may come into my mailbox. This is why many with high public profiles distance themselves from people.

Roy Moore was targeted by George Soros and The Communist Party for destruction since they want a Democrat who is pro-abortion, supports Sanctuary Cities, and gun control in the Senate. And that is Democrat Doug Jones running against Moore.

It is vital that good patriots work together to get the conservative vote out in Alabama for next Tuesday. We must spread the news of these latest revelations  especially that the yearbook inscription is indeed a hoax. All the opposition against Moore consisted of lies.

So Alabama, it is in YOUR hands. Do not let the Northern Democrats influence your votes. Reject anything they try to pull off as phony. You are the one state that can help us bring America back to greatness. This is your moment. So talk to neighbors, people on the streets, in the shops and use the phone to get the word out, then, get out and VOTE for Roy.

And please share this on social media, your news sites and all of Alabama. We Americans are counting on you.