Why are All of our Aircraft Carriers in Port? 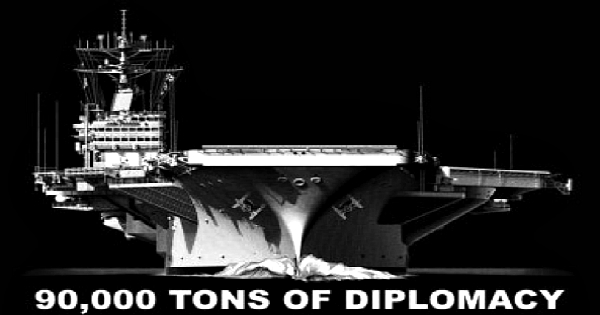 At the risk of being awarded the Chicken Little memorial trophy, Alert, Alert! Warning, Warning!

All United States aircraft carriers have been recalled to their home ports. According to Fox News, this is the first time since WWII that there are no, zero, US carriers at sea.

Of course, since the world is now safer than at any time since WWII, there is really no reason to have these forces deployed – not.

I believe they were out there for a reason: deterrence of aggression.

Naturally, and frankly rightly, the U.S. Navy would not comment:

“We are not going to discuss the timing of operational movements of carrier strike groups into and out of the U.S. Central Command area of responsibility,” said Capt. Terry Shannon, a U.S. Naval Forces Central Command spokesman,

Unfortunately, this bizarre move fits in all too nicely with the notion that Obama is trying to start a war before he leaves office; either so as to not to have to leave office, or to hand President Trump the makings of WWIII.

This is particularly ominous in light of the recently passed UN Resolution 2334, that basically puts international law on the side of the Muslim world via a vis Israel. (See “Obama’s last Days Are a Blueprint for World War,” iPatriot, 1/2/16)

Just in case there was any doubt in the minds of Israel and the Muslim Brotherhood (ISIS et al) that US abstention on the UN Resolution signaled an abandonment of Israel by the US, Obama has now withdrawn most of our air power from the region. It looks like he is tempting the Muslims to attack Israel.

But any war will do. All carriers have been recalled. Is there now a carrier strike group in place to deter China from “annexing” Taiwan? No, there is not.

And, of course, this move is coordinated with the gratuitous buildup of NATO forces on the Russian border.

This situation is creepy.