After Twitter Files, 63% of Americans Want FBI Investigated for Violating Our Free Speech 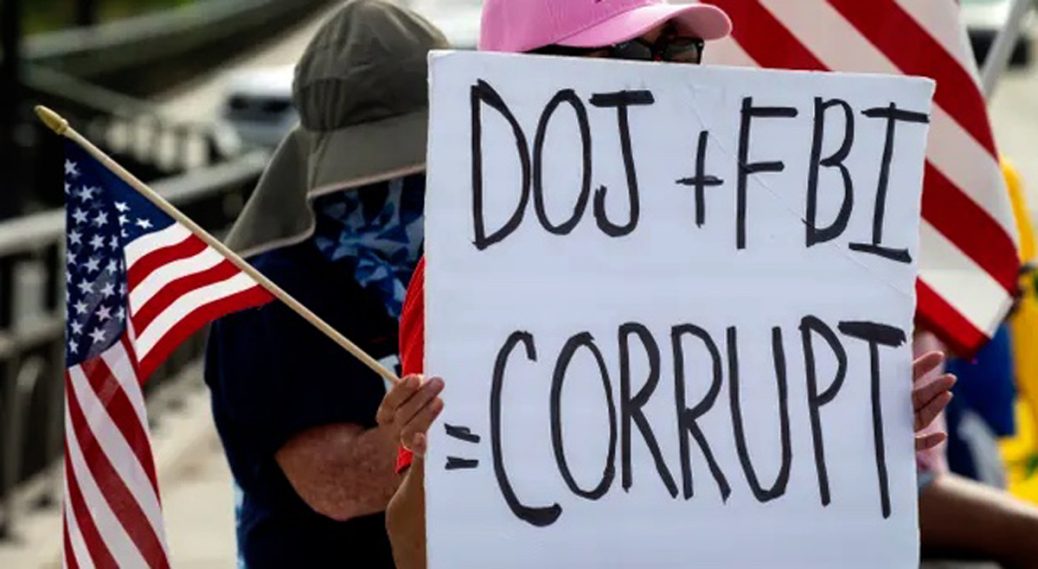 The information revealed in the reams of Elon Musk’s Twitter Files have convinced most Americans that the FBI has turned into a criminal, anti-American, lawbreaking, and partisan organization.

A new survey shows that people are fed up with it all. And they want the criminals at the FBI held accountable.

A new national telephone and online survey by Rasmussen Reports and Miranda Devine’s Laptop From Hell finds that 63% of Likely U.S. Voters believe Congress should investigate whether the FBI was involved in censoring information on social media sites. Only 22% oppose such an investigation, while 15% are undecided. (To see survey question wording, click here.)

Twitter has released files showing the FBI’s communications with the popular social media platform. Last week, Ohio Republican Rep. Jim Jordan, who is set to take over as chairman of the House Judiciary Committee, voiced “serious concerns about how and why tech companies suppress, silence, or reduce the reach of certain political speech and speakers.”

Sixty-three percent (63%) of voters believe it is likely that the FBI encouraged social media sites like Facebook and Twitter to “suppress, silence, or reduce the reach of certain political speech and speakers,” including 43% who think it’s Very Likely. Twenty-seven percent (27%) don’t think it’s likely the FBI encouraged social media to “suppress” or “silence” political speech, while another 11% are not sure.

Rasmussen added that the political split is also quite evident in how people feel about the FBI.

“The perception of political bias at the FBI is clearly reflected in public opinion about the bureau. While 74% of Democrats now have a favorable opinion of the FBI, that view is shared by only 34% of Republicans and 40% of voters not affiliated with either major party. Forty percent (40%) of Republicans and 28% of unaffiliated voters now have a Very Unfavorable opinion of the FBI, as do 10% of Democrats.”

But remember this, the left has always hated the FBI. Until now. All of a sudden, when the FBI becomes a corrupt arm of the Democrat Party, yeah, all of a sudden, the Democrats love the agency they have mistrusted and hated for 70 years.