The Advancing Kingdom of God 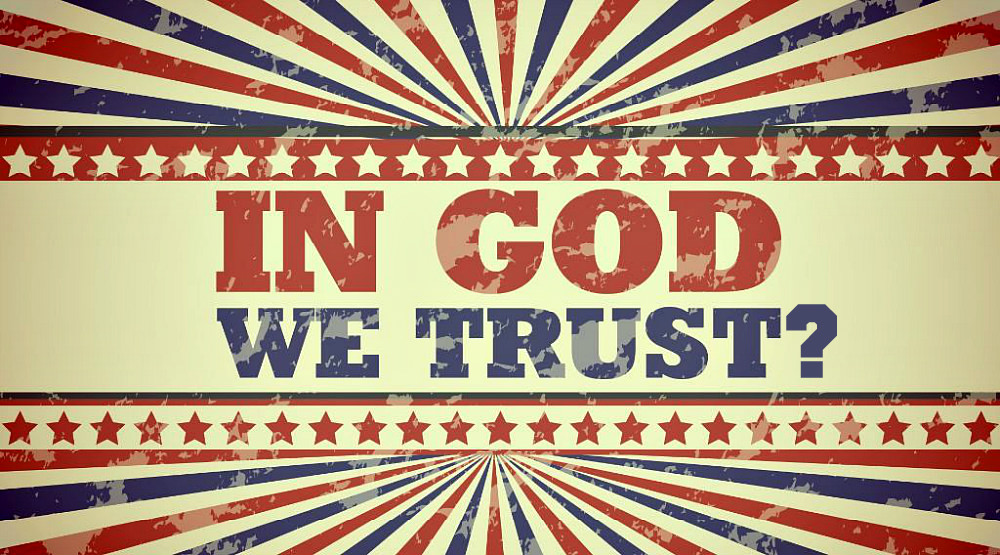 Since the fall of mankind in the Garden of Eden, man has moved himself from the jurisdiction of God to a place of self-autonomy. In this mythical realm, mankind makes his own laws and rules apart from those of God’s divine order. Man, thus, sees himself as the ruler of his own destiny, the captain of his own future, and the definer of his own morality. Of course, this reality is based on his own imaginary perception with the help of that ingeniously crafty serpent spoken of in Genesis.

Mankind was originally created in communion with God, in paradise. God extended to man a delegated authority to have dominion over the whole earth and everything in it. But, man exploited that power and responsibility and revolted against his own creator. In much the same fashion, Satan, as a ‘spiritual being’ living in Heaven, led a war-revolt against God that also brought down one-third of the angels with him. Satan was the original anti-god revolutionary.

In the ancient world, Egypt was the greatest, longest lasting empire-kingdom of all. Egypt was ruled by 31 family dynasties from 3100 B.C. to 250 B.C. Its three main eras of strength lasted from 2700 B.C. to 1100 B.C. Egypt was religiously polytheistic, believing in many gods, including the ruling Pharaoh, who was considered one of the most important gods. When Egypt enslaved and persecuted the Hebrews, God humbled and defeated Pharaoh and his army. After 1100 B.C., Egypt was dominated by Libya, Ethiopia, Persia, Greece, and the Roman Empire. Egypt was under Roman Empire rule from 30 B.C. to 642 A.D. when it was then conquered by Muslims.

In biblical history, the infamous model for a ‘collective society’ that unified against God, is in the Genesis account of The Tower of Babel. The Tower of Babel symbolized the pride and rebellion of mankind; a counterfeit paradise, a humanist inspired Eden, a one-world-order made and created by man’s own will and determination, apart from and in spite of God. This was a unified rebellion, a deliberate act of self-glorification for mankind. But, God broke-up that rebellion and dispersed the people.

Babylon was another ancient city which was the capital of the Babylonian people. It was a city described in Jeremiah and Daniel as pagan and idolatrous. Its most glorious days were with king Nebuchadnezzar, the greatest king of Babylon. Like Babel, he also built a tower called a Ziggurat, a religious temple-tower to the patron god, Marduk, a false-god. But, Babylon’s glory days eventually passed and fell to Alexander the Great, in 331 B.C. Thus, God’s judgment ultimately fell on Babylon for their destruction of Jerusalem, just as the prophets Isaiah and Jeremiah predicted. Babylon also represented mankind’s vain attempt at proving he could have unity, peace, and brotherhood, on his own terms, in his own created kingdom paradise — apart from the true and sovereign God.

In the New Testament, the Babylon of Revelation was once thought to be Rome, or the Roman Empire (which later fell). But, a close examination of Revelation reveals it is referring to Jerusalem. Jerusalem had not only become idolatrous, but it also rejected its long-awaited messiah, Jesus Christ. The book of Revelation not only revealed specific problems Jesus had with certain first-century Christian churches, it also chronicled warnings to New Testament Churches to prepare for the soon coming tribulation and ultimate destruction of Jerusalem. This was Jesus coming judgment upon Jerusalem (Mystery Babylon) for rejecting Him and His authority. Just as Adam and Eve had rejected their Creator, and just as previous kings rejected God’s sovereign authority and rule – Jerusalem and the Jewish people also rejected their God and Savior.

With Israel’s ultimate rejection of their true messiah, the nation of Israel was indicted and cut-off from the kingdom of God. As Jesus proclaimed, “The kingdom of God shall be taken from you, and given to a nation bringing forth the fruits thereof.” (Matthew 21: 43). The Jewish Temple and the Jewish religious system were cut-off from the renewed kingdom of God and its new covenant. Jesus Christ became the new ‘temple’ and His church (His bride) become the chosen people of the kingdom. Israel was replaced by ‘the church’ as the apple of God’s eye.

Like Babylon, many great kingdoms have fallen throughout History; Egypt, Assyria, Rome, the Roman Empire, etc. Also, empire builders like Alexander, Caesar, Charlemagne, Genghis Kahn, Napoleon, Hitler, Mussolini, and Stalin. Some nations have declared an end to Christian influences and the promotion of the scientific-state, or the advance of some new humanistic utopia. It still goes on and rumors arise periodically about some new political or philosophical threat to Christianity – something that will eventually crush, overtake, and eradicate any semblance of God’s sovereign law-word in the world. But, like all previous pagan empires and anti-Christian revolutionaries, they will all be crushed under the feet of Christ. Today’s vain Leftist-Liberalism, like all variations of Renaissance and Enlightenment philosophical movements, will be crushed and trodden down as well. So too, will the worldwide threat of Islamic terrorism.  All anti-Christian movements may pretend to be the progressive unfolding of some new-world utopian order, yet, they all mimic a return to the pagan humanistic orders of the ancient world, wrapped and repackaged as if they were something new.

With Christ as the head and His church as His body, the movement of Christ’s kingdom through history moves onward in spite of its enemies. Jesus Christ is in the process of putting all His enemies under His feet until the last enemy, death, is conquered. This is the movement of history – and increasingly so since the life, death, and resurrection of Jesus Christ. (“I will build My church; and the gates of Hades [hell] shall not overpower it.” [Matthew 16: 18].

Jesus’ new covenant church began in the first century with a few thousand followers. The Worldwide Christian population by the 1800’s was around 400 million. By 1910, (the early years of dispensational premillennialism) it had reached about 600 million. In 2010, it was 2.19 Billion people and is still growing. Evangelical Protestantism is growing 3 times that of the world’s population rate, and twice that of Islam (Pew Research). Research data also shows that about 1.6 million adult American Jews now identify as Christian (mostly Protestant). About 64,000 Argentine Jews also identify as Christian, and roughly 17% of Russian Jews identify as Christian.

Other studies in recent years also show that worldwide, hundreds of thousands of Muslims are converting to Christianity every year (World Christian Encyclopedia). In South Korea, the Christian population has grown from 2% in 1945, to about 30% today. China has also had significant increases in Christian conversions as well. These are just a few examples, many more can be cited.

Christianity’s growth has been by conversion. Islam, which is comparable in numbers to Christianity, has grown primarily by family-births, coercion and force; which, in the long-run cannot be sustained. Eventually, Islam’s numbers will begin to stagnate and reverse as Jesus’ gospel message of grace, mercy, and love overpowers its inferior faith system.

The bleak ‘end times’ outlook by many ‘dispensational-premillennial’ churches ignores the true gospel advances and progress around the world. Jesus Christ is still conquering the world and His kingdom continues to grow in spite of the fear-mongering in certain ‘Christian’ quarters. Jesus is not asleep at the wheel, nor will He allow His enemies to have dominion over His Bride, the Church.

I'm a Husband, father, grandfather and concerned citizen interested in Americana, religion, politics, history, and other good stuff. Periodically enjoy throwing my opinion into the ring with others of like interest to add to the mix. I also maintain a blog at www.gospelbbq.wordpress.com.