Actress Says Texas Destruction Due to Voting for Trump 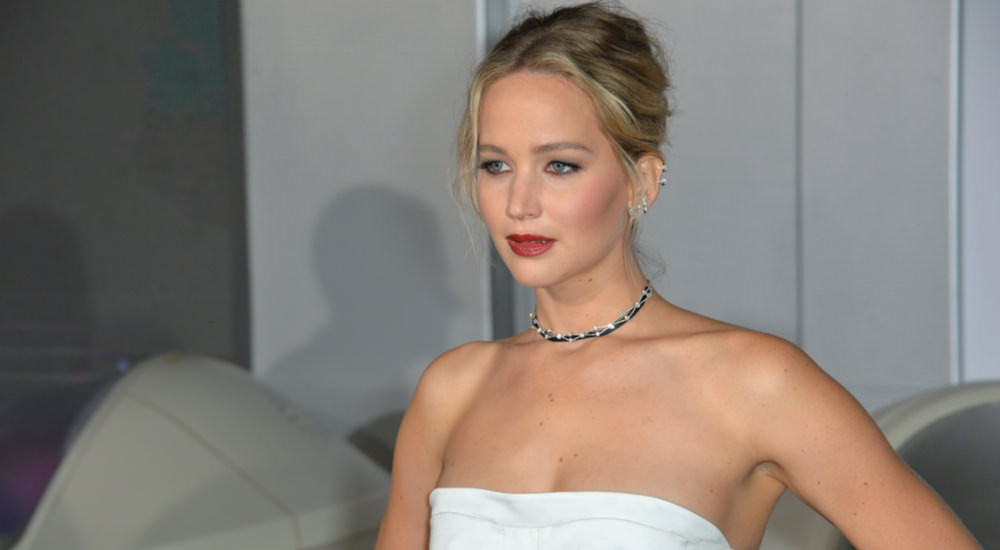 Actress Sez Texas Destruction Due to Voting for Trump

LA LA LAND 9/9/17—Yep, it’s official. President Donald Trump caused the deadly hurricane that struck Houston. It is all his fault doncha know.  Film actress Jennifer Lawrence made this clear on Channel 4 in London at the site of her latest movie premiere, Mother.

Yep, President Trump’s a rascal by golly, who causes nothing but destruction and can even manipulate nature that to our knowledge is only manipulated by God. These movie stars seem to think they ARE God who can advise us on all issues and stick their noses into the politics of our country which most of them do not have to live under.

Here is another daffy Hollywood “star” who thinks she is qualified to analyze all activities politically, support those who would make all  America Communist as she remains in gated communities while enjoying mass wealth. We recently discussed the Plague of Stupidity that has stricken America, which apparently is accompanied by the Plague of Ignorance. Apparently a double plague is more common than thought.

Babbling on to the British media just before the screening, the actress suggested that “the recent hurricanes to hit the U.S.are punishment—Mother Nature’s—for voting Donald Trump into the White House. It’s scary,”  the movie actress told the Channel 4 reporter. She also babbled on about all things political including the “settled” science of man-made climate change and the election of Donald Trump who rejects man-made climate change. She was attempting to imply that it was God who was upset with those who voted for Trump.

All of this is total nonsense! It was God Who put Trump in the White House to give America one more chance. She has no knowledge of God, Mother Nature, or science. And God is not punishing Trump for rejecting man-made climate change which is a hoax to justify a world wide tax “in order to stop global warming which will burn up the earth without such a tax to fight it.”

Al Gore has pocketed hundreds of millions of dollars fronting that ruse. We are told that he is promised a billion dollars if he manages to get that tax through.  He made a documentary titled, “Inconvenient Truth” the title of his book, borrowing words from this columnist. He was given an Academy Award for this documentary which was only so-so by industry standards. There was so much pressure on this that he was given a second academy award for the music of the film. That music was absolutely terrible.

This writer is the easiest person in the world to please with music. Frankly, I would not want to live in a world without music, or dogs. But Gore’s music can be described by a term in the Bible—it stinketh!  Talk about payoffs and politics! A lot of money changed hands over that atrocity.

It is to be noted that a few actors got together to petition that those statues given Gore be taken back. Unfortunately nothing came of that.  Also, his follow up documentary—More Inconvenient Truths—absolutely bombed at the box office. There were only a few people at the showings. Folks are beginning to catch on.

Let’s discuss man-made climate change as invented by Gore. After all he told us that he invented the internet and of course, he brags, he and Tipper (his wife at the time) were the inspiration for the movie, Love Story. Sure!

Climate is dictated only by the sun, which makes it hot, or cold. Nothing else. It has nothing to do with man, carbon, cow farts or hair spray. The sun only dictates climate, hot or cold. NASA confirmed this to me.  Due to man’s own mishandling, we do have smog, bad air quality and downright pollution. Those problems are all due to OUR actions but nothing to do with the planet being hot or cold.

We respectfully ask Jennifer Laurence to please simply stick to her acting even though many of us will not be in the audience. As for the rest of us, isn’t it ridiculous that we buy expensive tickets to their movies, plus more than double that amount for refreshments such as coke and pop corn which makes these film actors and actresses obscenely wealthy so that they can try to sabotage our way of life by their meddling? And insult families and God?  Ridiculous!

Oh yes, in closing, here is an acute case of the Plague of Stupidity:
“My fear is that if North Korea nukes us, Trump gonna get us into a war”!
US Rep Maxine Waters…