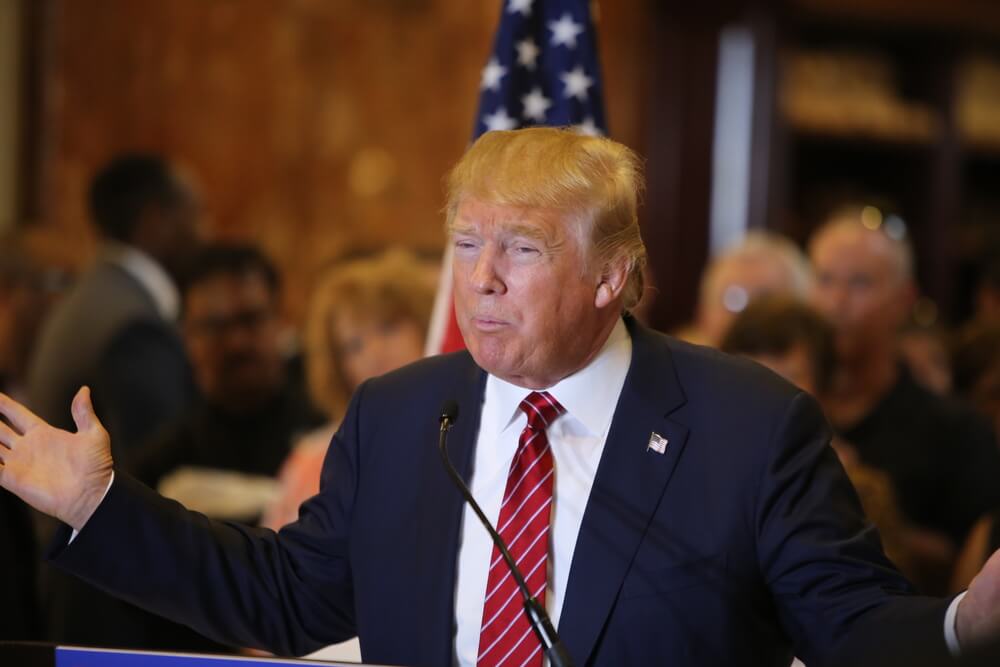 The Dallas Morning News ran an interesting article on May 21 2016 entitled: Pieper and Henderson: 10 Reasons You Can’t be a Christian and Vote for Trump. I don’t know much about Mr. Pieper and Mr. Henderson other than that they describe themselves as “Sociologists of Religion”. Quite a title, I guess they must be experts but I will attempt to refute their assessment on how “Christians” should vote nonetheless.

First, I find it so interesting that Mr. Pieper and Mr. Henderson never state whether they are practitioners or adherents of any religion but instead Sociologists of Religion like religious people are some kind of some scientific oddity that requires study. Second, why wouldn’t these “Sociologists of Religion” do the scientific thing and compile 10 reasons why Christians should vote for Hillary Clinton?

It’s only logical and part of the scientific method! Let’s look at their 10 reasons shall we:

1. He lacks compassion.
2. He appeals to fear and anger
3. He is enamored with “greatness” and ego, but has no concern for “goodness” or service.
4. He lies- a lot
5. He is hostile to women
6. He speaks about his daughter in a disrespectful and sexualized way
7. Does not intend to love his enemies but instead cultivates antagonism
8. He does not model sacrifice or altruism
9. Doesn’t seem to care about the poor
10. His love of money is more apparent than his love for God

I am speaking now as a Catholic Christian and I guess, a religious person.

1. He lacks compassion: I guess Christians must deny their American citizenship when voting. We are not voting for a SAINT but for a President and leader. I have not really heard that Mt. Trump is not compassionate. In fact I have heard that he is quite generous and has funded many charitable institutions. As for compassion, Hillary seems to lack that virtue in spades: Babies in the womb have no rights, advocating abortions up to 9 months, lying to the family of Benghazi victims, insulting the women raped by her husband through the years.

2. He appeals to fear and anger: Mr. Trump’s message is “Let’s Make America Great Again.”. Does that sound threatening? His message is hopeful and speaks of rebuilding the economy and putting America first. Hillary’s message is the one inciting fear declaring that a Trump presidency will be disastrous to the US and the world. She brings no real incite or vision for our country except to continue the disastrous policies of Barack Obama which have weakened us economically and militarily.

3. He is enamored with “greatness” and ego, but has no concern for “goodness” or service: Excuse me but the cult of Barack Obama doesn’t smack of ego? Mr. Trump has always downplayed himself and has never pretended to be anyone else but himself. I guess his donations to the veterans during his campaign is just for show. Check the Clinton Foundation and see how foreign monies have been funneled into their organization with very little charity going on acting more like a slush fund. Charity Watchdog reported in April 2015 the following: “The Clinton Foundation’s finances are so messy that the nation’s most influential charity watchdog put it on its “watch list” of problematic nonprofits.”

4. He lies- a lot: OMG!! This is too funny!! Hillary Clinton and Benghazi- ENOUGH SAID!! Obama: You can keep your doctor and medical plan! Don’t mention lying here!! We still have to see if Mr. Trump has lied about anything he has said during his campaign but there is plenty of evidence on the other side for sure!!!

5. He is hostile to women: The Clinton legacy- Jennifer Flowers, Paula Jones, Juanita Broaddrick and the list goes back 30 years with Hillary threatening and defaming these women of Bill’s sexual assault. ENOUGH SAID!!

6. He speaks about his daughter in a disrespectful and sexualized way: The article refers to a quote about his daughter Ivanka: “I’ve said if Ivanka weren’t my daughter, perhaps I’d be dating her.” This is more of a compliment than an actual desire to date his daughter. This is quite a stretch by these “eminent” Sociologists of Religion. Again I bring up the Philanderer in Chief and his association with convicted pedophile Jerry Epstein and visits to Mr. Epstein’s sexual island getaway by Mr.Clinton. A place where underage girls were frequently on the menu for these perverts!!

7. Does not intend to love his enemies but instead cultivates antagonism: This is so absurd- I don’t want my President to love our enemies! Does ISIS deserve our love and understanding? These so-called Sociologists of Religion should actually read the scriptures of the people they study Ecclesiastes: A time for war and a time for peace. Even Popes have sanctioned “just wars” throughout history. How would a pacifist President have fared against the Nazis? Just like Obama with ISIS! Terror will be coming here soon. Hillary won’t even name who the enemy is! Case closed.

8. He does not model sacrifice or altruism: Like I said we are not electing a Saint for President. His business career speaks for itself. What has Hillary accomplished or sacrificed? She has sacrificed her family for political ambition and power. She lies and cheats to get what she wants and disrespects those who do sacrifice- namely the military who were not permitted to wear their uniforms in the White House when she was there. Next!!

9. Doesn’t seem to care about the poor: I don’t know about you but promising to bring jobs back to America sounds like just what the poor need! The New plantation owner is the Democrat Party who simply want government to grow and keep people poor and dependent. I will quote President Reagan here: “The best welfare program is a job.”

10. His love of money is more apparent than his love for God: Like I said we are not electing a Saint here. Also, who doesn’t love money? Money is important and it’s what you do with it that matters as a Christian. We know what Mr. Trump has done- it is stated in Wall Street Journal that he has donated $100 million to charity and now I will remind you of what I stated in No. 3- The Clinton Foundation is under investigation as a slush fund with less than 10% going to charity.

I think these so-called Sociologists on Religion should be a little more scientific and less bias and agenda driven. This was too easy!! Vote Trump for President!!