Was It Abuse That Killed a Marine Recruit? 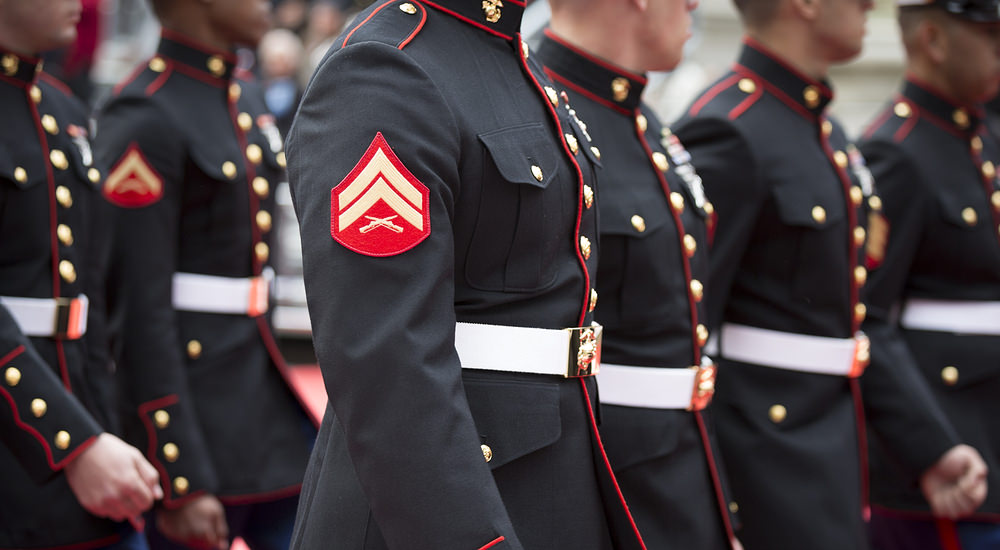 Scroll down for audio version

Basic training, or boot camp, in the military is a unique and enlightening experience. It can be rigorous, both physically and mentally, depending on your mindset, maturity level and preparation.

Some fare better than others, and in my recollection, some don’t fare at all. As I recall, boot was more an exercise in mental toughness than it was physical. I was quick to discover the purpose of the drill instructor was to break down the recruits’ individuality, or autonomy, and replace it with a sense of unit cohesion – thinking as a group and following orders without question. In the heat of battle, these are the things that will keep them alive.

During training, the recruit was constantly badgered by the drill instructors, called any number of pejoratives and forced to perform the most menial tasks. Again, this was, as I saw it, a test of mental toughness.

Through this process one could see the cream rise to the top, while others were less capable of dealing with the abuse. To an observer, this may seem harsh, but it worked. That was many moons ago, when we were not so concerned with the precious feelings of our recruits.

As I stated, the process of breaking down and building a soldier, sailor or Marine is sometimes not a pretty one. It’s kind of like making sausage. The finished product is good, but you don’t want to see how it’s made.

Yet occasionally something tragic happens that shines a light on the process. Such it was on March 18 of this year, as a Marine recruit killed himself during the first week of boot camp at the Marine Corps Recruit Depot Parris Island, South Carolina.

Of all branches, Marine basic training is the toughest, but for one recruit, Raheel Siddiqui, it was particularly tough, and ended in his suicide.

It began on March 13, when the recruit, prior to his first full day of training, threatened to kill himself. “He described a plan to jump out a squad bay window, investigators found, but later recanted and was allowed to remain in training.” That’s not a very good start and a red flag in my book. He was obviously not prepared for what was to come.

During the investigation, it was found that his drill instructors referred to him as “a terrorist, presumably in reference to his Muslim background. One drill instructor asked the recruit if he needed his turban,” officials said.

Now one might think that this is totally out of line and insensitive, yet they also found that the instructors, “referred to one recruit born in Russia as ‘the

Russian’ and ‘cosmonaut,’ and asked him if he was a communist spy.”

This is what happens folks – guys are singled out from time to time. I’ve seen it – I’ve experienced it firsthand. You suck it up and move forward – that’s what you do. These guys are being trained to be Marines, not Girl Scouts.

Military.com reported that, “in Siddiqui’s unit, recruits were subjected to unauthorized incentive training, in which they would lift footlockers, day packs and other heavy items and clean the squad bay in uncomfortable positions using small scrub brushes for hours. Drill instructors would push and shove recruits in use Marine Corps Martial Arts Program training as an opportunity to pit recruits against each other, sometimes in physically unfair matchups.”

Well boo freaking Hoo – having to lift heavy objects and scrub toilets with a toothbrush. Whoop-dee-do! And yes, having to fight somebody bigger and stronger than you is unfair, because it will never happen during an actual operation or deployment.

Drill instructors told investigators that recruits would occasionally fake injury, illness or even tell of suicidal thoughts to be excused from training. So what were the drill instructors supposed to do? Capitulate to every whiner in the squad? Their job is that of a drill instructor, not a nursemaid or psychologist.

On March 18, Siddiqui asked to go to medical, saying he was coughing up blood overnight and was in pain. Instead, one of the drill instructors told him to do get-backs – sprints from one end of the squad bay to the other. Siddiqui began to cry and then collapsed on the floor, holding his throat. It was never determined if the recruit actually passed out or was faking.

“In an effort to wake him, the drill instructor slapped Siddiqui on the face hard enough to echo through the squad bay. The recruit became alert, ran out of the squad bay, and vaulted over the stairwell railing, sustaining severe injuries in the fall.”

He later died from injuries sustained from the jump.

It’s obvious this kid had a screw loose. He should’ve been walked out the front gate five days earlier, when he first said he was contemplating suicide. But HE recanted that claim and HE wished to remain in the program, as it were.

In all, 20 Marines have been sidelined, facing court-martial and other charges from this incident.

“The report did find evidence that some drill instructors made a practice of exploiting recruits’ ethnicities as a way to harass them.”

Is this not the Marines?! Other than special operators, they are the toughest men in our or any military. I’m sorry for the death of the recruit, or any recruit, but this is an exception. The fault should lay at the feet of those who originally evaluated this young man upon his first suicidal claim, not the drill instructors. Their sole job is to stretch the recruits to their physical and mental limits, thus preparing them for war, which is surely to be worse than anything a drill instructor will throw at them.