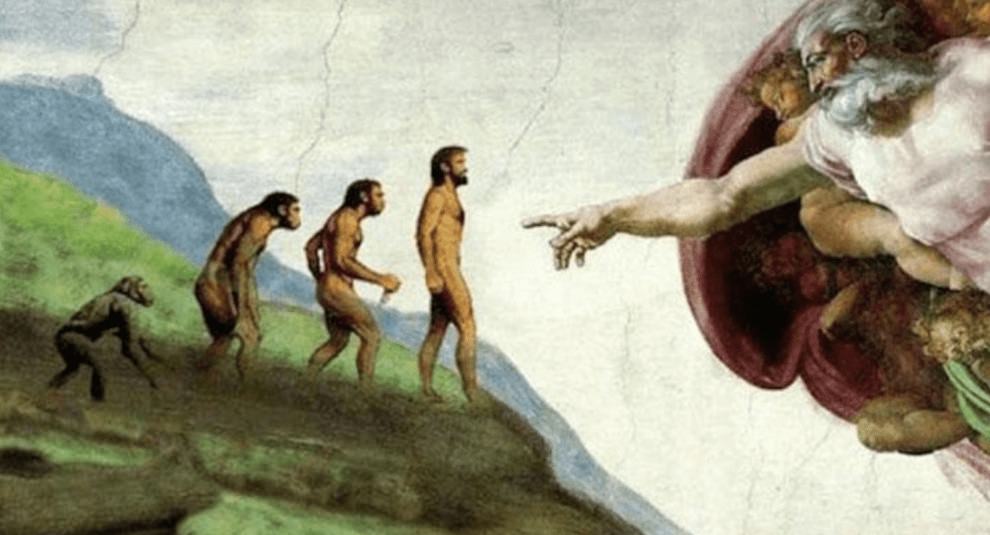 Let us borrow from John Adams (who borrowed from David Hume) and make a distinction between a rational animal, and a reasoning animal. A rational being seeks the truth and allows truth to guide his/her choice; a reasoning animal, or being looks for advantage over his/her opponents and uses his/her cognitive abilities to ascertain the most efficacious means of realizing his/her interest.

As an aside, the case is that all humans are potentially rational animals; if rationally ordered “truth,” “justice,” the “moral good,” etc. are of greater importance to them than their personal gain; humans generally – in this culture-of-death – are merely reasoning animals, such as they would have little patience for pursuits of the superlatives of virtue. This is something to which Plato, makes passing reference to in the Republic, as he contrasts the disposition of the philosopher – whom in seeking wisdom, is appalled with the “madness of the many” i.e., those who warlike animals over a kill – Plato is warning the philosopher that engaging in politics may get him killed (as it did – his Master/Teacher – Socrates)…

The “reasonable” is moved by the force of an argument i.e., a reasonable individual holding that XT & Z promotes health and well-being, when presented with evidence to the contrary would alter his/her view regarding XT & Z and its’ ostensible health benefit; similarly, if it is held that X – an integer, is an element of the set of evens, but 2 does not divide X in the integers (i.e., if dividing X by 2, produces a non-integer quotient), then X is an odd number; a reasonable individual will adjust their claim regarding whether X be even or odd based upon that evidence, and conclude  that X is in fact odd. So the “reasonable¹” are moved/changed – or have their opinion, and their advocacy, altered by information that renders as tenuous, their former opinion, belief or advocacy.

¹ Note: how few people‘s view change by facts, today. Although, there is an abundance of evidence that render’s Special Counsel Robert Mueller’s investigation a political witch-hunt – as POTUS Trump has claimed repeatedly – it is treated by many in the Press, in Congress and Hollywood types as if the Trump campaign did something untoward in winning the Presidency. Moreover, the same members of the Press, Congress and Hollywood place to the side the obvious crimes of Hillary Clinton, Barack Obama, Obama’s and Trump’s intelligence and investigatory agencies although a fair-minded individual could not explain why a 2nd Special Counsel hasn’t been appointed, and is unlikely to be appointed unless Republicans retain the House of Representatives this fall (2018 mid-term elections), and POTUS Trump rids the Justice Department of A.G. Sessions, and D.A.G. Rosenstein (note: If Trump appoints someone like Joe Digenova, or perhaps Larry Klayman (Or Ted Cruz, if Cruz doesn’t win re-election…) as A.G.; Rosenstein might as well stay; if Rosenstein has a hand in the corruption of the Justice Department the new A.G. will remove him quickly enough, and re-assign him to a jail cell!)

For several hundred years, within the Ivory Halls of the University, a subtext argument has raged amongst intellectuals, irrespective of whether the argument was consciously declared or not. Most recently the Oxford-Movement argued for Christendom (the rational worldview upon which Western culture ascended; the view which animated the Founding Fathers…), and for a time held sway over Christendom’s metaphorical opponent – the 7 headed dragon (unfortunately the beast is a Hydra); each of the 7 heads were removed, only to regenerate and multiply. As the champions of the Oxford-Movement have departed for the hereafter, the dragon –with its’ multiple of seven heads has devoured much of Christendom, as cancer enervates and emaciates its host…

A historical weakness on the part of those whom have argued from fact, truth and logic – as they defended or championed Christendom, thinking that because they had refuted their opponents – demonstrating the dubiousness, or outright contradictions and falsity of the positions staked out the opposition – is that, as victors, thinking that they had won over their opposition, because they refuted them, and if their opponents were reasonable, as argued above, that would have been the end of it. Unfortunately, only those who subscribe to view of the world in which there are objective truths, and an objective reality – the truths and reality, as objective, are of course independent of the judgments of any contingent being – can be won over; those which reject objective truths and an objective reality, are goal oriented…they practice fideism (irrational faith) and misology (reflexive hatred of rational argument). Once they were refuted, they did not, and do not, change their mind, nor their advocacy, they changed their tactics; theirs is an advocacy-of-will, not of truth, right or justice! In light of this intransigence, they are implacable paragons of Nietzsche’s übermensch.

Of late, an unspoken, and undefined, but more ubiquitous understanding of reasonable has been asserted rather organically, to wit: “the acquiescence to the morally decadent cultural advocacy.” Or as Barack Obama put it – regarding made-made global/climate change viz: “It’s settled science.”  One may interpret Obama and those on the social-political Left as saying: “Yes, we’ve decided that there is no longer any need for opinions which may differ from those we espouse; so shut up if you know what is good for you!” Erstwhile, such would have been considered scandalously immoral or unabashedly dictatorial²; Examples everywhere abound e.g., the “’science’ regarding global warming” (Oh, it has been changed to “climate change;” to be safe, maybe they should have gone with “global change,” or “changing change,”…) and then there is the advocacy of the homosexual lifestyle, “homosexual marriage” “the LGBT lifestyle” etc. There actually are some, and probably a majority of University graduates – of those whom would dare³ to offer an opinion – which is alarmed by arguments which hold that opposition to homosexuality, should be criminalized, but they’ve been cowed to silence. And this is why social-activist movements successfully advance, and why they should ubiquitously and incessantly be intellectually opposed; this requires the practice of dialectical discourse.

²Although, Chris Wallace and the fair-and-balanced crowd at Fox News (didn’t think Obama was dictatorial, but regularly intimates POTUS Trump is lawless… Fox is social-political Left but seems conservative in contrast to the other mainstream news outlets…

³ The majority, having witnessed the brow-beatings their contemporaries were subjected to for daring to differ with the University advocacy – once the very, very, very smart intelligent professors (did we mention how very smart they are?) decide what is so, any argument to the contrary has gotta be something like “treason of reason…” – i.e., the social-activist professors and their concomitant sycophants pillory the student that dares to argue a dogma contrary to those espoused by the University today; thus Academicians – in advance of encountering intellectual disagreement regarding a direction decided upon by the University – have magnanimously labeled would be dissidents: “Flat-Earthers.” Flat-earthers are mentally challenged and unworthy of intellectual discussion… GET THEM OUT OF HERE!!!!!

For years the social-political activist movements have desired and worked to codify into law a mandated subordination of all opposing views to theirs (the advocacy in opposition to ‘bullying’ is a ‘sibling’ of silencing moral opposition)… It is quite understandable, why such Leftist social-political advocacies desire/demand mandated acceptance, viz: in a dialectical discussion (a reasonable process whereby intellectual opponents define terms, so as to establish an intellectual common ground; from whence their agreement is compelled by the circumscriptions established by reasoned argument…) the Leftists inherent contradictions (such is corollary of rejecting objective reality) are exposed and rendered self-defeated and completely unreasonable; for those of the social-political Left – as they play God – they can abide no dissent, and should they ever gain the control they seek (they almost had it with Obama, and Hillary would have put the finishing touches on Obama’s designs), rest assured those which disagree with them will be made permanently silent!