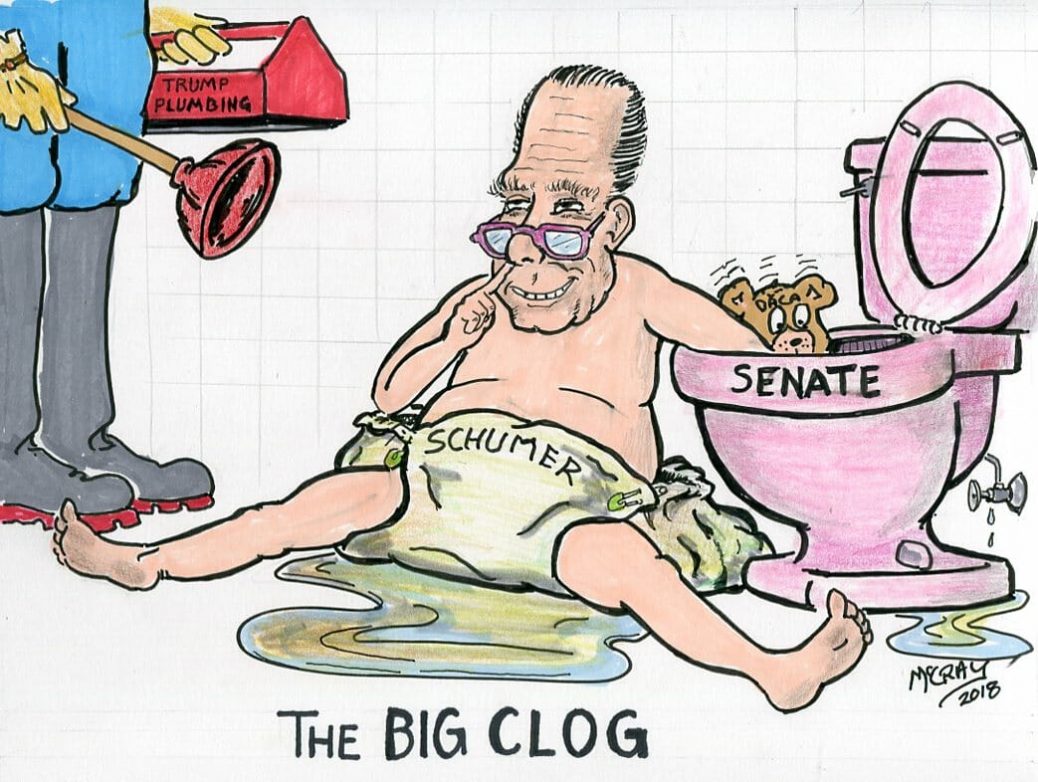 Senator Schumer and his lock step Democrats in the Senate will do anything to block Republican legislation, they can’t allow any legislation through that could make Pres. Trump look good.

The Democrats hatred for Donald Trump is off the scales for two reasons.

First the obvious one of the election loss of their Dear Leader Hillary Clinton and second, Pres. Trump is dismantling the under pinning of a One Party Socialist Government that the so-called Democrats have been creating for years.

Trump wants to preserve the United States and the socialist in the Democrat Party want to destroy the Country.