A Quiz on Fascism 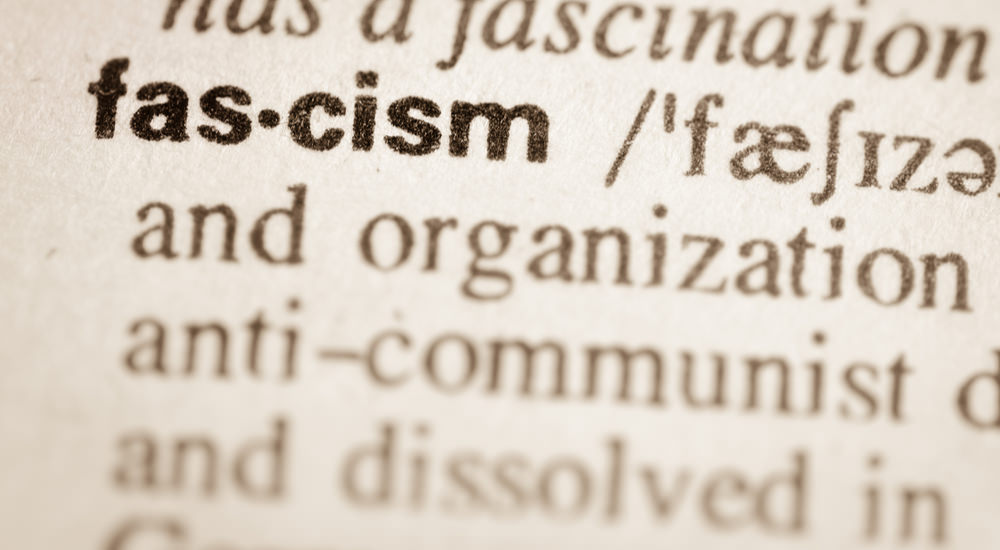 Since President-elect Donald Trump is being falsely accused of being a fascist, it will be interesting to define the term, then give you a quiz on fascism and similar political systems.

Most people know that fascism is a bad political system, associated with Hitler, but would you be able to recognize it when you see it? Allow me to define a few political systems, then name a few countries, and you can match the system with the country.

First, consider the following political systems. According to Webster’s Dictionary, they are

Republic – “… a political community in which the supreme power in the state is vested either in certain privileged members of the community or in the whole community, and thus varying from the most exclusive oligarchy to a pure democracy.”

my rephrasing – A handful of people, who may or may not have been selected by the citizens, rule the country.

Fascism – “A totalitarian form of government … which advocated the building of a highly nationalistic state, recognizing private ownership except when the state determined otherwise.”

my rephrasing – The government has all of the power, but people are able to own property, except when the government thinks it needs that property.

Socialism – “… a system in which the government owns and controls the means of production and distribution.”

Communism – “… the absorption of all proprietary rights in common interest …”

my rephrasing – The government owns everything.

Totalitarianism – “… the state is omnipotent and absolute …”

The order of the above political systems is from maximum freedom to minimum freedom for the public. Since people in government tend to want more power, there is a strong motivation to push toward a form of goverment farther down on the list. Republics want to be fascist. Fascists want to be socialist, etc. until totalitarianism is reached.

Quiz – Match the countries with the political systems:

I will give you a clue. I could not find a democracy.

Answers (The information is from wikipedia.org but I paraphrase it for brevity.)

Iran is totalitarian. It elects a president, but he is just a figurehead. Ayatollah Ali Khameni rules Iran. He and his underlings are not elected and cannot be deposed. They set the rules under the guise of religion. Their rules dictate every aspect of one’s personal life, even requiring women to wear

Cuba is communist. The government employs 78% of the workers, so it easily satisfies the socialist criterion that the government control the means of production and distribution. It also owns everything, which is practically nothing in such a poor country. It even comes right out and says that it is communist.

France is socialist. The Socialist Party runs its government. It taxes its people with a 75% top rate. The government has majority ownership of railway, electricity, aircraft, nuclear power and telecommunications.

China is fascist. You may say that it is communist because it says that it is. Its ruler is the leader of its Communist Party. It killed thousands of protesters at Tiananmen Square in 1989. Strangely enough, it has relaxed its grip and allowed 30 million private businesses to be formed. As a result, its per capita income went from 6000 US dollars per year to 12,000 US dollars per year. This is still shamefully low, but it is an improvement.

The United States is a republic. Its political power is in the hands of a president, a congress, and a court system. The president and congress are elected and they combine efforts to choose judges. Unfortunately, the executive branch has taken on some attributes of fascism. Since 1946, it has wielded regulatory authority that does the equivalent of passing law. Recently, the president has given executive orders for actions that legally can only be authorized by congress. The executive branch has set up administrative courts that do what the court system is supposed to do. It also wields power over the states using threats to withhold large amounts of money from states that are not compliant. The Affordable Care Act (Obamacare) is a textbook example of fascism. The doctors are free to set up private practices, but the government polices every aspect of their businesses.

With the United States going down this treacherous path, I again ask the original question: Can you recognize fascism when you see it?

Why do I ask this question? Because only if you can answer it correctly, can you start to reverse the trend.