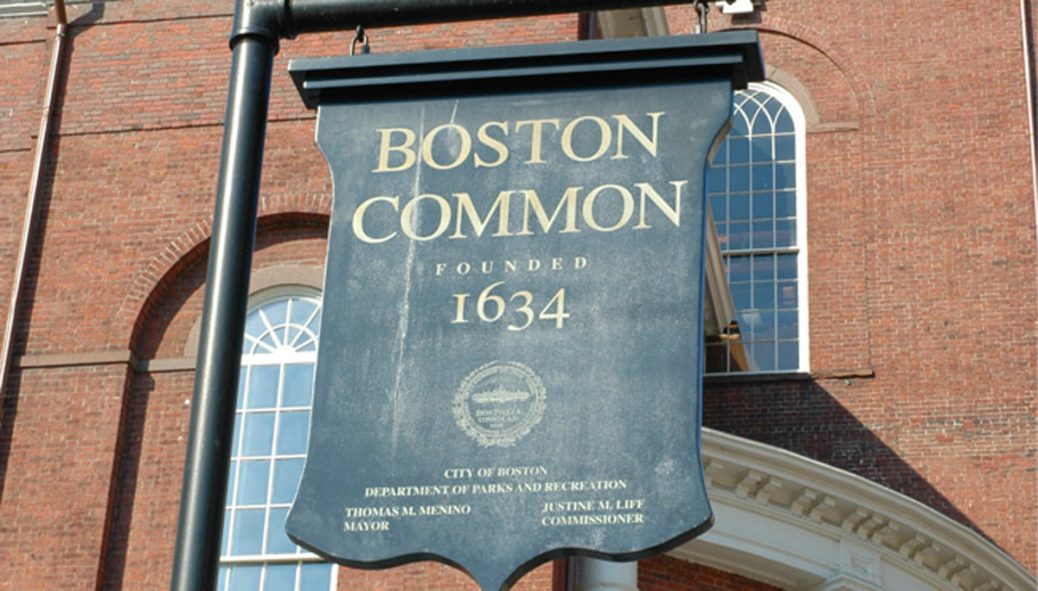 In eight years, America will celebrate a major milestone—the 400th anniversary of Boston. I passed through Boston’s airport in 2021 and noticed that they seem to be gearing up for this milestone with lots of signs and images celebrating major events in Boston’s history.

Alas, they grossly underplayed the role of the Puritans in this upcoming anniversary. The Puritans established Boston. Their leader, Rev. John Winthrop, even said, famously, “For we must consider that we shall be like a City upon a Hill, the eyes of all people are on us.” The “city on a hill” reference comes ultimately from Jesus in the Sermon on the Mount, as his hearers knew.

There was only one reference to the Puritans that I could see in the display of notable events of nearly 400 years in Boston. In 1636, Harvard University was established. That school was named after the Puritan Reverend John Harvard, a Congregationalist minister.

Recently, I produced an hour-long documentary that begins with the founding of Boston. It’s called “A City on a Hill,” and it’s part of the Foundation of American Liberty series I have made for Providence Forum (now a division of D. James Kennedy Ministries).

The late Marshall Foster, author of The American Covenant, also appears, speaking of the link between the Puritans and much of the freedoms we enjoy today.

He told me, “The Puritans are often maligned today” because of The Scarlet Letter and the Salem Witchcraft Trials of 1692. “These sidelights of history should be put in context that these Puritans, the vast majority of them, not only were they biblical thinkers, they were open-minded and developed a form of government that allowed liberty and justice for all. If you believe in America’s Constitution and in the freedoms we have today, you can look no further than the Puritans.”

John Winthrop was the leader of the Puritans who founded Boston, a decade after their “spiritual cousins” (the Pilgrims) founded Plymouth. The Puritans had tried to work for the “purity” (hence the name “Puritans”) of the Church of England in their native homeland.

But under King Charles I’s horrific persecution, it became hopeless. Thus, in 1620 the Pilgrims found a toehold in New England, and the Puritans began mass migrations to New England ten years later.

British historian Paul Johnson, author of A History of the American People, writes that John Winthrop was “the first great American.”

Johnson calls Rev. Roger Williams “the second great American.” Williams disagreed with Winthrop on some points of leadership. So he struck out on his own to spare being sent back to England. He eventually made it to what is today Rhode Island, the colony he created.

Because God in His Providence spared his life during this trek in the wilderness in winter, Williams decided to name the city he founded after God: Providence. About Rhode Island, Williams declared, “I desired…it might be for a shelter for persons distressed for conscience.”

Another splinter group of Puritans also left Boston and founded their own colony, that of Connecticut. Their leader, Rev. Thomas Hooker, preached a sermon in 1638 which became the foundation of the constitution they wrote up in 1639—the Fundamental Orders of Connecticut.

The Fundamental Orders says, “We…do, for ourselves and our successors…enter into combination and confederation together, to maintain the liberty and purity of the Gospel of our Lord Jesus which we now profess.”

That constitution, a forerunner to the U.S. Constitution (1787), was the first fully developed constitution written on American soil, which is why, to this day, Connecticut calls itself “the Constitution State.”

By 1643, the various colonies of New England came together to create the New England Confederation, in which they declared, “[W]e all came to these parts of America, with one and the same end and aim, namely, to advance the Kingdom of our Lord Jesus Christ.”

The “city on a hill” reference of Rev. Winthrop is a great metaphor for America. President Ronald Reagan certainly appreciated it.

Said Reagan in his last presidential radio address in 1989: “The hope of human freedom, the quest for it, the achievement of it is the American saga. And I’ve often recalled one group of early settlers making a treacherous crossing of the Atlantic on a small ship when their leader, a minister, noted that perhaps their venture would fail and they would become a byword, a footnote to history. But perhaps, too, with God’s help, they might found a new world, a city upon a hill, a light unto nations.”q

The Puritans should be remembered, not maligned, for their indispensable contribution to America as a “city upon a hill.”q