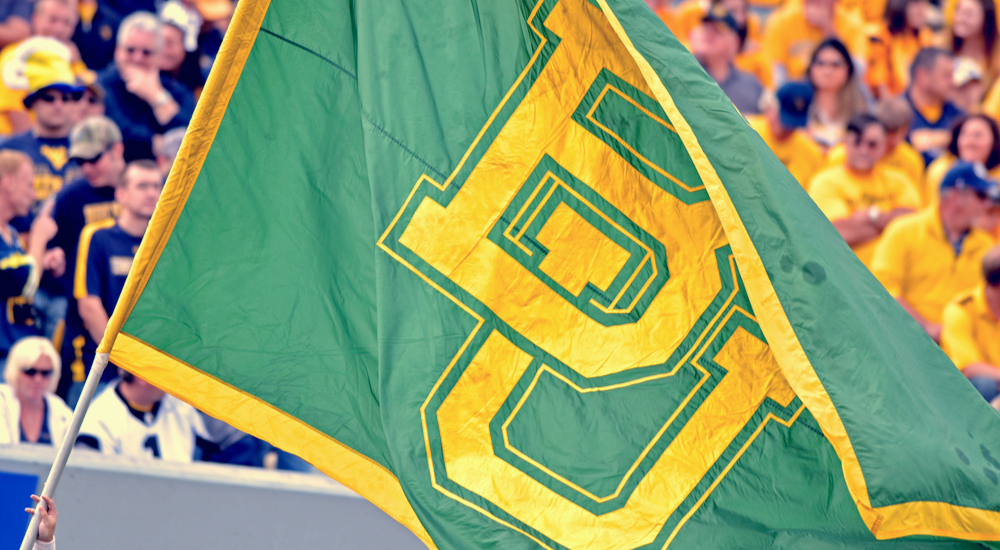 Dan Freemyer, minister at Broadway Baptist Church in Fort Worth, Texas, recited a Benediction prayer at the Baylor University commencement on May 18, 2019.  Toward the end, he prayed, “God, give them the moral imagination to reject the old keys that we are trying to give them, the planet that we are poisoning by running it on fossil fuels and misplaced priorities,  a planet with too many white straight men like me behind the steering wheel while others are expected to sit at the back of the bus.”

This was quite a plea.  Rather than concentrate on the students as they celebrate the years of hard work, dedication to their studies and the financial sacrifices made by their families, and praise them as they make their formal entry into the adult workforce to offer their contributions to our great nation, the speaker used the pulpit and the podium to call on God to promote his personal political message, an affront to our Judeo-Christian values.

Dedicated to leftism over Christianity, Freemyer is no more a Christian than Bernie Sanders and Chuck Schumer are Jewish.  Despite his pastor title, he expressed concern about an “ecological calamity,” which we know was invented solely to destroy capitalism, the only economic system since the Industrial Revolution that has contributed to the improvement of life on earth.   The purpose of this evil scheme, confessed by United Nations official, Christiana Figueres, in February 2015, was to redistribute global wealth under the control of one ruling class, and despite the expose’, it continues relentlessly.  Globalists are determined to destroy life as we know it, through government changes, the schools, and the media.

Why did the pastor denigrate “straight white men?”  “Straight” because the majority of the LGBTQXYZ community was made ripe and easy prey to mobilize as a unified force.  Considered the most divisive president in American history, Obama sparked racism with stories of his biased white grandmother and lies about a white girlfriend.  He isolated Blacks, Latinos, and Christians and ignored Black Lives Matter, black-on-white violence, and Islamic terrorism.  He bashed Republicans, discredited Americans as lazy and police as stupid; and unfailingly supported Muslims against Christians and Jews.  It is no surprise then that other groups separated from the United Americans we were and became intersectional, each with its own grievances, its own obsession, and the LBGT community remained unmindful of the left’s complicity with Islam and Islam’s deadly hatred of homosexuality.  Thus consumed, the community became an automatic Democrat voting bloc, as designed.

Although the pastor is himself white, he drank the Kool-Aid and allies himself against the “white men” who played an enormous role in the making of America and establishing our Judeo-Christian heritage as the foundation of our Constitution.  White men are responsible for the laws that ended slavery in our country, and the laws that granted equality and suffrage to women, whereas slavery and abuse against women exist where the majority is people of color.  His statement shows that he was among the many to be beguiled by the left, incited and duped into accepting immigrants based on the irrationality of skin color rather than on values, morality, and dedication to our country.  The left finds the Obama administration’s victimhood narrative appealing because it feeds their self-aggrandizement.   Further, and perhaps more importantly, it is the masculinity of men that protects a nation in times of invasion and war, yet this is what today’s schools are working to destroy.

Wars and destruction begin with lies, propaganda, encouraged fabrications of one group against another.  They stimulate prejudice, unfairness, hate, and violence.  Our United States was founded by “white men” who resisted the tyranny of England to establish a country of new laws of the people, by the people, and for the people, words later enshrined in Lincoln’s Gettysburg Address.  Nowhere in the Bible or our Constitution is it permissible to honor or disgrace others.

The Bible teaches that Adam is our common ancestor so that there would be no difference between king and commoner, or between people of different colors.  These lessons were included in the Commandments and throughout biblical history to create a peaceful world out of chaos, to teach respect and compassion, yet this “man of the cloth” turned against those teachings.  We saw the reflection of his guilt when he stopped looking at his audience after inserting his leftist assertion.  It was further defined when he completed his speech, turned, and left without a fare-thee-well for their future.

Freemyer stole the honor of work, diligence, and achievement for which the students were to be recognized on this auspicious occasion, and the joy that only a small percentage of the world’s population reaps in a lifetime.  He purloined the dignity and the festivity when he humiliated the “white” students in public, and he tricked other students into laughing or applauding, thus also diminishing their integrity.

With the same stroke, he suggested the socialist plan for equalization of grades or wealth, and disallowing success based on diligence and innate talents.  This is not an act of benevolence for the less successful, but a way of justifying the right to take anything from anyone at any time – what he wants when he wants it – a surefire way to chaos and bloodshed.

I understand that Baylor University was not complicit in scripting the Benediction, and President Linda Ann Parrack Livingstone has nobly rejected and apologized for Freemyer’s ignoble presentation.  Yet the event will forever be a tainted memory for the students who deserved better.