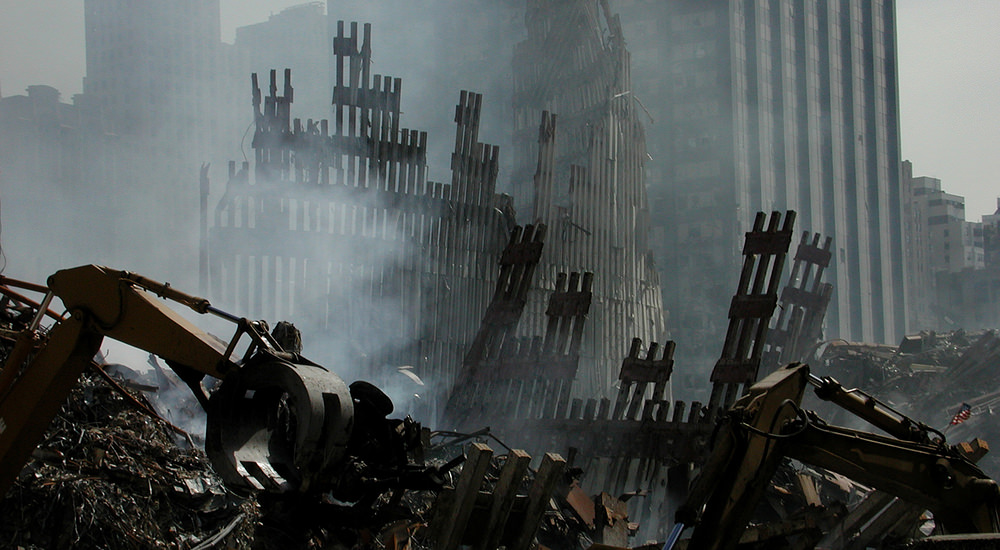 We are nearing the fifteenth anniversary of the attack on American soil resulting in the destruction of the Twin Towers and other buildings in Manhattan, damage to the Pentagon, and, most importantly, the loss of thousands of lives. Americans are preparing to remember those lost that day in their own personal ways. The service at the 9/11 Memorial will be full for the reading of the names of friends and family members who died on 11 September, 2001 in the terrorist attacks. Social media will be full of pictures saying “Never Forget”. The American flag will be flown at half-mast, or should be. Throughout the memories, the tears, of this Sunday, 11 September, 2016, one question should be asked. Are we safer now than on that day 15 years ago?

What has government, that all-powerful entity the progressives love to run to, done to protect us? Well, Congress enacted the Patriot Act and reauthorized it over and over again. This law makes it easier for law enforcement to gather information on “people of interest” and potential terrorists. They can get data from the internet, phones, cameras and anything else they want just about any time they want, going completely around such things as Constitutional rights and search warrants, thus declaring everyone guilty until proven innocent. To make it easier to enforce, a cabinet-level agency, the Department of Homeland Security, was created and Congress funded it. The majority of federal law enforcement agencies were rolled up and placed under DHS authority, creating a huge bureaucracy and putting the country one step closer to a nationalized police force. At airports across the country, TSA officers physically assault men, women and children in “random searches” all in the name of security. To them, anyone could be a terrorist, even the four-year old girl or the 80-year-old grandma. Profiling is bad!

Has the social culture helped curb terrorism? The first social solution to come about was “If you see something, say something”. Of course, that was blunted by the fact that it’s politically incorrect to actually name your enemy. Fifteen years ago, nineteen Islamic terrorists hijacked four airliners. Two of the planes flew into the Twin Towers, one into the North tower and one into the South tower. Another aircraft flew into the Pentagon. The fourth’s destination remains a mystery, because a group of Americans overwhelmed the Islamic terrorists, causing the plane to clash in a field in Pennsylvania. Political correctness has gone so far, that recently, a Muslim group has sued to have the phrase “Islamic terrorist” from the plaque at the site of the plane crash honoring the heroes who fought the Islamic terrorists in the air! Let’s face it; it’s not like those nineteen hijackers were Jesuits!

So, on the fifteenth anniversary of 9/11, I’d have to say, we’re not safer. The government has reduced our rights, or too many of us have allowed them to do it, declared that veterans and Conservatives are potential terrorists (DHS Secretary Janet Napalitano in 2009), thrown open our borders to immigrants and more than 10,000 unvetted “refugees”, mostly male and of military age from Syria. The vast majority have been Islamic, much fewer than 100 have been Christian. The administration, when they DO acknowledge a terrorist is Islamic, claims just a small percentage are radicalized. If a vast majority of Muslims are against the Radical terrorists, why don’t we hear more of them denouncing terror attacks? Fine, with 10,000 Muslims resettling here, 1% radicalized translates to a potential 100 Islamic terrorists! The attacks fifteen years ago, only used nineteen radicals! How safe do you feel?