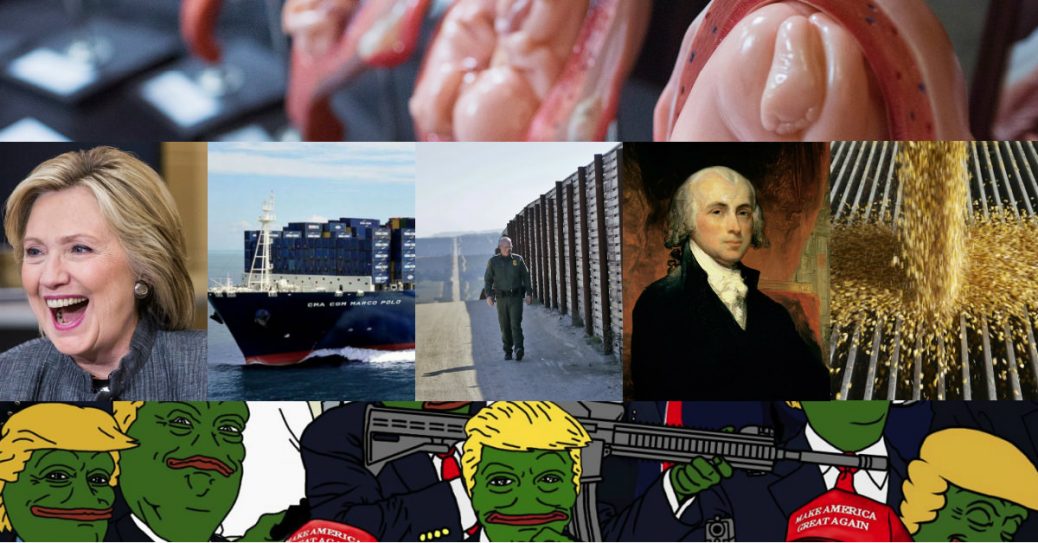 For some of us, the future is about building on the successes of 2016 and applying our newfound DC dominance towards solving problems. For a number of stalwart conservatives who are still skeptical about what the future holds, there are lessons to learn and challenges to address in order to steer the Trump administration and GOP Congress in the right direction.

Some of the lessons from 2016 are obvious and won’t be covered here such as Obamacare (just repeal it), terrorism (do what it takes to stop it), gun rights (protect them), and mainstream media (don’t trust them). Other lessons need more focus if we’re going to have a productive 2017. Here are the top 7 lessons to heed.

Stick to our guns on abortion

The narrative of pro-life versus pro-choice has been shifted. We’re still addressing our movement with the same basic language, but the left is now pushing “reproductive rights” over “choice” because they simply couldn’t get around the idea that the baby must be considered in choices. In many ways, this leftward push towards politically correcting their narrative worked against them, but that doesn’t mean they’ll continue to lose.

Abortion is a cultural issue that has seeped into politics. It’s imperative for the pro-life movement to stay with the message of life beginning in the womb and not after birth. This stance will allow for more states to ban abortions at 20- or 24-weeks and will enable us to push those protections even closer to conception in the future. All we need to do is let science meld with emotion. This is political, but it must be fought on a cultural level if we’re going to continue to make up ground.

The certainty the Democrats felt about winning the Presidency and the Senate left them absolutely shocked on election night. They didn’t lose so badly because they didn’t have enough supporters. They lost because in the key states there was enough complacency to prevent them from getting out the vote the way Obama did in 2008 and 2012.

It won’t happen again, at least not for a long time. They will come out hard in 2018. 2020 could be a bloodbath if Trump isn’t successful. They have the ammunition they need to get out the vote. They were overconfident; how many Democrats didn’t vote because they were so certain of victory? That will be the rallying cry going forward, so Republicans need to get their people out with as much fervor.

Free trade has enemies in every corner

It was once safe to assume that the Republican Party was the party of free trade. That simply isn’t so anymore as many party-line followers hear the message of fair trade and believe that it’s the new game plan. Fiscal conservatives who believe in the free market economy have to fight both the GOP and the Democrats to achieve the business growth and financial environment necessary for future prosperity.

Now more than ever, trade must flourish. It’s worrisome that so many in both major parties are fighting against this. It’s up to conservatives to hammer the message back in place before we start seeing the cost-expanding effects of “fair” trade.

Immigration is a winning issue

Remember that taboo of illegal immigration, walls, and deportations that allegedly helped doom Mitt Romney in 2012? Trump’s message was even harsher and it worked.

Illegal immigration is a major problem that most Americans can acknowledge. While more Americans lean in favor of some variation of amnesty, 2016 proved that it’s not important enough of an issue to prevent candidates from winning. Particularly when we tie it to the two biggest hot buttons – economy and terrorism – we’ll be able to continue to fight open borders, amnesty, and other liberal immigration principles without fear of losing elections.

Killing some regulations, pulling back on the reins in some departments, and eliminating most of Barack Obama’s executive orders is a good place to start, but doing so will only bring us back a decade when government overreach was still rampant. It will take a much more pronounced attack on big government to make a dent which is why I’m now a Federalist.

What’s worse is that many of the proposals coming from our future leaders in DC are pushing for bigger government. From a trillion dollar infrastructure plan to expansion of certain very expensive programs and initiatives, we have our work cut out for us. Reducing the size of government hasn’t been a priority since the last Federalist President, Ronald Reagan. We need to bring it back to the forefront quickly or continue to suffer through a two-party system where both sides increase budgets, bureaucracy, and power in DC.

One of the most important lessons that was forgotten by many is that subsidies don’t win elections the way they once did. Ted Cruz demonstrated that in the Iowa caucus by winning while being the only candidate against ethanol subsidies while Marco Rubio lost his home state of Florida while defending his sugar subsidies.

Now that we see this truth, it’s time to strike before everyone completely forgets. Subsidies are created to buy votes in local areas and they persist out of fear for losing votes. 2016 debunked the second part of the myth. That means we need to cut now.

The alt-right is a growing problem

Did the alt-right help Trump win? Absolutely. He brought out a slew of new voters in both the primaries and the general election, many of whom probably aren’t even aware that they embrace alt-right concepts.

Here’s the thing, and I say this knowing that it will be an unpopular statement to some who read this. The alt-right helped Trump, but they are not a positive influence on the GOP or American politics. The surface-level appeal that keeps them going makes their ranks easily manipulated away from conservative principles. The term “alt-right” is unfortunate because in many ways they have far-left views intermingled with the views that are considered far-right. This makes for a dangerous combination for any party that wants to address issues beyond the emotional surface.

2016 was a good year for Republicans and a potentially good year for conservatives. There’s hope, but let’s make certain that hope doesn’t turn into the same complacency that doomed the Democrats. If we don’t, we could be looking at quick reversals in 2018 and 2020.