49 Crosses for Orlando is One Too Many 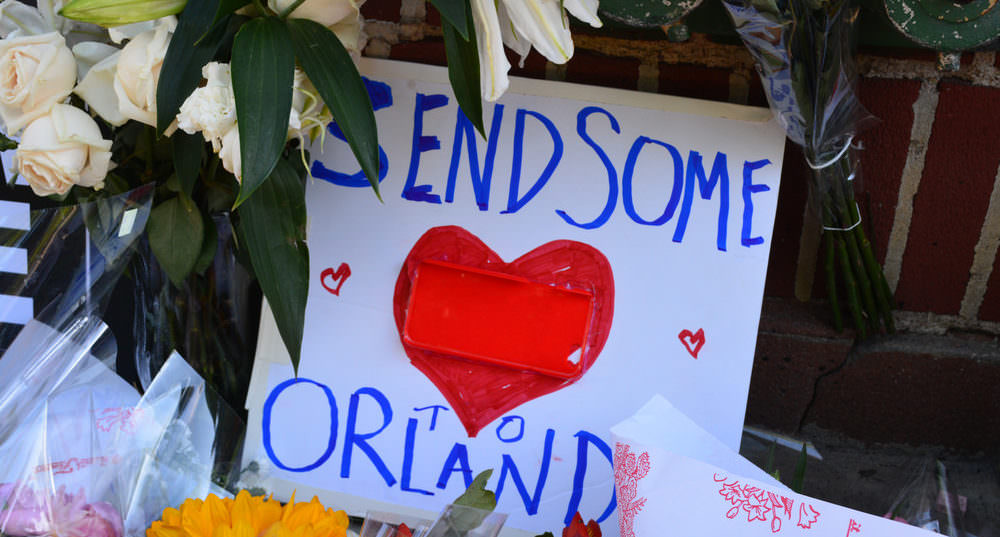 And the beat goes on. It seems everyday since the horrific terrorist killings in Orlando, there has been some kind of vigil, remembrance, gathering, or memorial service. I don’t get it. I was going to say I understand it, but I don’t.

Now for all you hyper-caring individuals who think this is great, heartwarming and needed – you’re wrong. You’ve celebrated their lives and mourned their deaths for a solid week and there appears to be no sign of a let up.

It’s not that I don’t care. Of course I care – and I feel for those who have lost loved ones, but (there’s always a but) it’s like attending a week long funeral. The refrain is always the same from those who show up to these events. I wanted to show my solidarity for the LGBT community or some such thing. Okay – you’ve done that – time to move on.

And so it was over just this past weekend, when a man, Greg Zanis, showed up in Orlando with 49 crosses  he made from donated materials. The 3-foot tall crosses were all painted white and adorned with a red heart and the name of each victim.

And did I mention he is from Chicago? Yes, he drove 1,200 miles to deliver and set up the crosses, he made by hand, around a pond in front of the Orlando Regional Medical Center, “to honor the victims of last week’s horrific massacre.”

“Zanis brought markers so that messages could be left on each cross. He hopes that in a week they will become covered in tributes.” He said: “I’m doing this for the families. This individualizes it.” I thought that’s what individual funerals were for. What this does is allow strangers to just scroll any old nonsense they wish.

Not to appear cynical because this guy really worked hard on the “crosses,” but I feel I must inject a little reality into this marathon mourn-fest.

What he brought to Orlando were 49 crosses – the symbol of the Christian faith. Does anyone else see the irony in this – or is it just me? The people at the Orlando club and those who involve themselves in the mourn-fest are overwhelmingly liberal. Do they not see this as an affront to their precious cause – there never-ending battle against exclusionary Christianity?

Many of those who will stare admiringly at the crosses are undoubtedly the same types of people who would and probably did hail the decision by a U.S. district judge in 2013 who ordered the giant 1954 Korean War memorial cross to be taken down in San Diego because it was in violation of the phony and wholly fabricated “Separation of Church and State.”

Funny thing though. I haven’t heard a peep from anyone or any group admonishing Mr. Zanis for his outrageous display of the Christian faith – which shows just how phony the protests against the cross are.

If it weren’t for this particular tragedy, they would in fact be protesting Mr. Zanis as some kind of hate-monger – not praising him. And the city of Orlando would surely order him to take them down or demand he have a permit and then deny him one when he applied.

I also find it particularly ironic that Mr. Zanis would travel 1,200 mile to deliver 49 crosses to Orlando, when he could have stayed home in Chicago and made 42 – which is the number of homicide victims in his city for June just thus far. By the end of the month, there will be well over 49.

Living in Chicago, he could have a career built around just making crosses for homicide victims, as there have been 497 just this year. He may run out of wood, paint and hearts. The 497 weren’t victims of mass shooting, but they just as dead.