3 Officers Dead and Another Very Critical in Baton Rouge 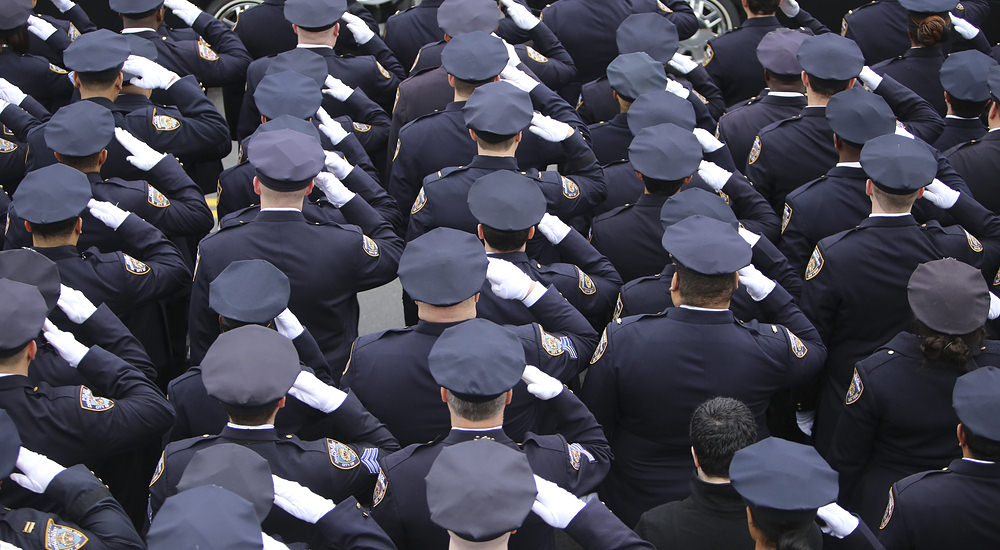 Three law enforcement officers were shot dead and at least three others wounded in Baton Rouge, La., on Sunday, the East Baton Rouge Parish Sheriff’s Office said in a statement. One suspect had been killed, most likely by police gunfire, and two others, described as wearing all black, were being sought, said Cpl. L’Jean McKneely, a police spokesman. “We do believe there is more than one suspect.”

Two definitive shooters, and possibly three are the current information provided by the mayor of Baton Rouge, Lousiana.

Speaking to reporters in Baton Rouge, Corporal McKneely said officers responding to the shooting were checking the area for possible explosives. “We’re going to check the scene thoroughly to protect ourselves,” he said.

Sunday’s shooting is the latest episode in a month of violence and extraordinary racial tension in the country and took place less than two weeks after two police officers in Baton Rouge fatally shot Alton Sterling, a black man who was selling CDs outside a convenience store. The night after Mr. Sterling was killed, a black man was killed by the police during a traffic stop in a Minneapolis suburb, and then the next night, five police officers were killed by a gunman in Dallas who said he wanted to kill police officers, particularly white officers.

Details about the shooting remained sketchy Sunday afternoon and there were varying reports about the number of officers wounded. Earlier reports said that seven had been wounded. The authorities said the shooting unfolded at about 9 a.m. Sunday near the Hammond Aire Plaza shopping center on Airline Highway. Officers from both the sheriff’s office and the Baton Rouge Police Department were wounded, the statement said.

Protests have been held along Airline Highway, which also runs in front of Police Headquarters, since the police shooting of Mr. Sterling on July 5. An administration official said the president had been briefed on Baton Rouge shooting and the White House had offered any assistance necessary to local officials.

Corporal McKneely said it was unclear if the shooting on Sunday was connected to the protests, which had been losing their intensity over the last few nights. “We are not sure of anything right now,” he said.

Mark Clements, who lives near the shopping center, said he was in his backyard when he heard shots ring out. “I heard probably 10 to 12 gunshots go off,” he said in a telephone interview. “We heard a bunch of sirens and choppers and everything since then.”

In a statement, Gov. John Bel Edwards of Louisiana called the shooting “an unspeakable and unjustified attack.” “Rest assured,” he said, “every resource available to the State of Louisiana will be used to ensure the perpetrators are swiftly brought to justice.”

Brady Vancel, 22, of Denham Springs, was working a flooring job at a home on Carolyn Sue Drive just east and behind the shooting scene when he heard dozens of popping sounds. “I didn’t  think it was gunshots because there was no pattern or anything,” he said. “But after about the 28th pop, I wanted to check it out.”

Vancel walked outside the home and went toward a Party City store when he saw a man lying still in an empty parking lot. He couldn’t tell if the man, who was wearing civilian clothes, was injured or just staying out of the way of gunfire. About 40 yards away, Vancel said he saw a man running toward him carrying a rifle. Police were not on the scene yet, Vancel said, but sirens could be heard approaching the area.

The man was wearing all black and had a black mask over his face, like a ski mask, Vancel said. The man stopped and looked toward Vancel, before running the opposite way toward Airline Highway. Vancel said he also turned and ran back to the house where he was working. “The only thing my eyes kind of locked on was the rifle he was carrying,” said Vancel, who couldn’t determine the race of the gunman. From inside the home, Vancel said he heard dozens more gunshots.

Kyle Suire, owner of the Jambalaya Shoppe restaurant says “they have 200 cops in our parking lot.” And “they’ve got everything on lockdown.” He says he arrived too late this morning to see what happened. “I saw all the cops rushing in.”

The shooting took place as protesters and Republicans were arriving in Cleveland for the party’s national convention. Steve Thacker, 57, of Westlake, Ohio, stood in Cleveland’s Public Square on Sunday holding a semiautomatic AR-15-style assault rifle as news broke that several officers had been killed in Baton Rouge. When asked about Mr. Loomis’s comments and the Baton Rouge shooting, Mr. Thacker said despite the shooting, he wanted to make a statement and show that people can continue to openly carry their weapons. “I pose no threat to anyone. I’m an American citizen. I’ve never been in trouble for anything,” Mr. Thacker, an information technology engineer, said. “This is my time to come out and put my two cents worth in, albeit that it is a very strong statement.”

The time to put the BLUE LINE IN YOUR PRAYERS, AND SUPPORT ALL OF OUR OFFICERS THAT KEEP YOUR FAMILY SAFE EVERYDAY. We need the division to stop, and a unification of everyone to keep America safe. Terrorism is never acceptable, and the reason for it is never a good cause.