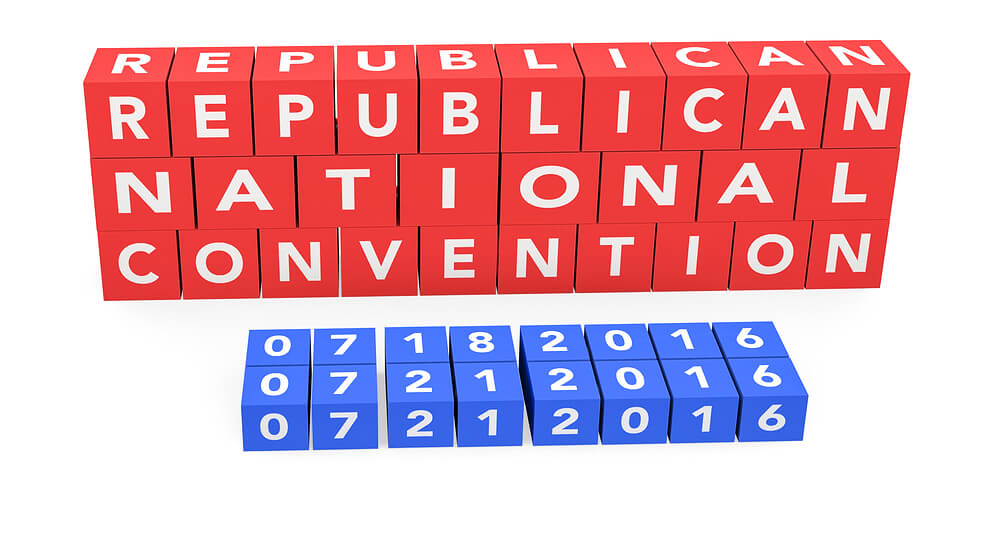 On August 16 1976 the GOP Convention began at Kemper Auditorium in Kansas City, Missouri.

The presidential candidates coming out of the primaries were locked at convention start in an almost delegate dead heat. Gerald Ford had 1,121 delegates, having won 26 states. Ronald Reagan had 1,078 delegates winning 24 states. During the week before the convention the rules committee met and under the direction of Gerald Ford’s convention fixer, Paul Manafort, a rule, later referred to as the “misery loves company” rule was inserted into the Rules platform, essentially binding all delegates to their state’s choice. This overwrote rule 37B, a permanent rule which had been present in the GOP Rule Book since the 1870’s. That overwrite was the first time in GOP history that the historic value of the GOP rules were altered. The original GOP Rules were based upon the Founding Father’s Constitutional Convention rules. And this “misery loves company” rule was inserted surreptitiously.

Today, July 18, 2016 we are embarking on the beginning of another GOP Convention, which is divided. But unlike 1976, it is not divided due to candidates. It is divided because of party politics and an unwillingless by party leadership to recognize the will of the Republican voters. The GOP is putting forth a candidate for nomination who received only 2 Million Republican primary votes. This candidate received 12 Million primary votes from Democratic and Independent voters in open primaries. In republican nomination history there has never been a republican candidate nominated for presidency with the primary votes coming from opposition parties. In this backdrop, enter Gerald Ford’s fixer once again. Paul Manafort has once again worked behind the scenes and put forward a new rule essentially highjacking GOP rule 37b once again. This time, I am naming this new rule “theft of representation.”

What is clearly different this year is the absence of candidate choice. The republican leadership, made up of career party politicians, decided to place an unqualified candidate forward to keep their positions of power and privilege. Behind the scenes, Speaker [score]Paul Ryan[/score] has decided to secret the rules, not allowing disclosure of the “theft of representation” rule, and stealing the rights of delegates freedom of conscience. This unbound status has been recognized by the Supreme Court of the United States twice, and upheld once again in Virginia last week in Federal Court for the third time. But Paul Manafort, a campaign manager and political fixer, has managed to persuade Republican party leaders that Donald Trump is more important to the party than the rights of American Citizen’s and the duly elected delegates of a representative republic. Is this not tyranny? Is this not what our founding father’s warned against? Where did these Republican party leaders, Paul Ryan and GOP Chairman Reince Priebus come to believe their power is omnipotent over the rights American citizen? And why is a nobody like Paul Manafort, a crook and liar, given complete leverage over Rule Committee operations?

Our rights as voters should not be ignored delegates. Please recognize your free status. Almost all Republicans are aware of the horrible threats you have received, the atmosphere of terror you have been placed in. But all of us ask you to give us liberty. Our country’s future depends on your courage.