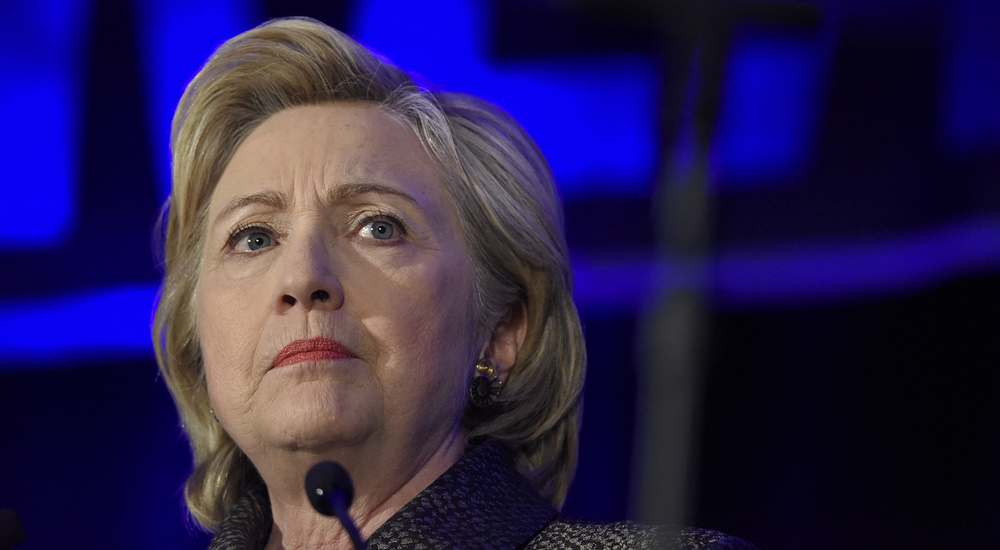 For the reader: you could use this as a tract to hand out to people. It is imperative that we defeat Hillary Clinton in November.

I urge you as a fellow citizen do not ever consider voting for Hillary Clinton for president this November.

She has received millions of dollars from foreign countries, mainly Muslim ones. She is controlled by foreign powers which do not have our interests at heart, but rather our destruction. She is incapable of saying the three words radical Islamic terrorism. But just remember Boston, San Bernardino, and the one hundred people who were wounded or killed in Orlando. Just today a priest in Belgium was stabbed by a Muslim who let him in to use his shower. Terrorist attacks have occurred on all continents except Antarctica. Clinton and her running mate, Tim Kaine promised that they would allow 550% more Muslims into the country, who are entering through our country’s southern border. This only means that these terror attacks, which would have been unthinkable only ten years ago would multiple five times. The site of terrorist activity has now fully shifted from Israel to Western Europe and the United States. This is because Islam instills hatred towards Christians and Jews into many, not all Muslims.

Hillary Clinton does not know the difference between a Democrat and a Socialist. Yet Socialism destroyed countries in Eastern Europe, Southeast Asia, Cuba, South America, and the former Soviet Union. Clinton wants to greatly expand the welfare state by implementing the Cloward-Piven strategy. Where would all the money come to finance it? It would bankrupt this country.

Hillary Clinton is totally bent on becoming president. She has wanted to become president ever since Bill Clinton left the White House. She will stop at nothing. She is a megalomaniac, who rigged the primaries against Bernie Sanders. She thinks she is above the law. It is no coincidence that president Obama said that he would give her a presidential pardon to her if need be.

Follow the money. Actions speak louder than words. Don’t let America have to pay the price with a president who doesn’t have our interests at heart.