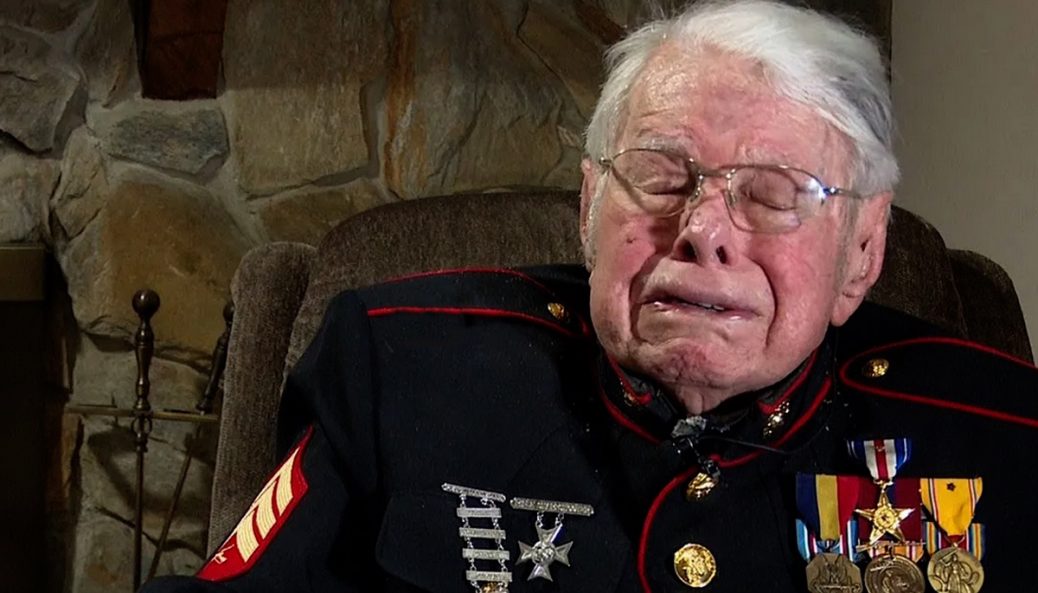 Saying that Americans no longer understand what they have in this country, a 100-year-old WWII veteran nailed how the U.S. has gone off the rails.

Carl Spurlin Dekel, a Marine and representative of the “Greatest Generation,” actually broke down in tears with a touching exposition on the direction of the country.

“People don’t realize what they have. The things we did and the things we fought for and the boys that died for it, it’s all gone down the drain,” a tearful Dekel told WTVT Television.

“You just remember everything’s beautiful and live every day to the fullest. Just enjoy everything you possibly can,” he continued. “And here I sit at 100. They tell me I’m 100. I don’t believe it sometimes. Because I don’t need to worry about age. I’m not going to, I just keep on keeping on.”

Dekel explained a bit about his service, saying, “They shipped me straight out to Guantánamo, which was a Navy base, and put me in a machine gun company.”

“We were scared all the time. I don’t care what anybody says. We were vulnerable all the time, since Pearl Harbor, particularly,” he said, but added, “It was an honor for me to serve my country and if I had to do it again and I was the same age. I would do it. I guarantee you.”

Thank you for your service, Sgt. Dekel, but please know that many of us do get it.