Does a 100 Trillion Debt Total Matter? 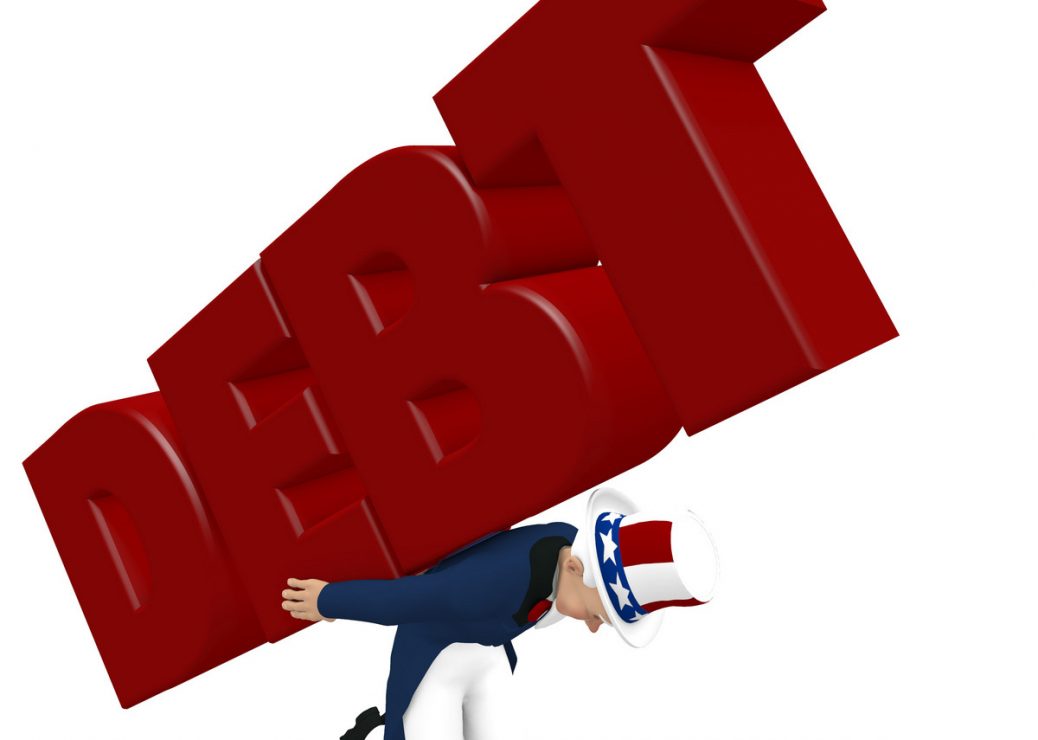 Debt is everywhere but it just does not seem to matter. Thanks to the folks at Zero Hedge, you get the account Global Debt Crosses $100 Trillion, Rises By $30 Trillion Since 2007; $27 Trillion Is “Foreign-Held” – “Total global debt has exploded by 40% in just 6 short years from 2007 to 2013, from “only” $70 trillion to over $100 trillion as of mid-2013, according to the BIS’ just-released quarterly review”. They make this assessment:

“Not surprisingly, given the significant expansion in government spending in recent years, governments (including central, state and local governments) have been the largest debt issuers (Graph C, left-hand panel). They mostly issue debt in domestic markets, where amounts outstanding reached $43 trillion in June 2013, about 80% higher than in mid-2007 (as indicated by the yellow area in Graph C, left-hand panel). Debt issuance by non-financial corporates has grown at a similar rate (albeit from a lower base).”

There seems only one valid conclusion drawing upon these figures. Whatever economic activity exists is based upon government expenditures and that corporations have lowered their interest rates on their outstanding debt. The former is most disturbing, while the latter, under normal circumstances, would offer a promise of an expanding economy.

Since the former middle class has endured the greatest loss of income and experiences a distinct lowering in their standard of living since the financial meltdown, the prospects of main street prosperity seems remote at best. Corporations, as a whole, have improved their balance sheets as they lower their debt service, accompanied with cost efficiencies and reduction in employee costs. The day of the upward mobility career looks like a distant memory for the working class.

Government employment is growing, but such a public sector economy never produces actual wealth. Only a disturbing burden of welfare obligations of all kinds and an increase in state debt comes out of this pattern of a false and unsustainable economy.

On the contrary, is that ultimate collapse inevitable when the paper financial system just keeps churning out a rise in the stated 40% increase in debt in just 6 years? Why not just continue the quantitative easing influx of funds to roll over past debt and purchase the new bonds needed to run the State/Corporate economy. If this irrational strategy is not working, why has the bottom not dropped out of the world economy?

This is a very sobering viewpoint that defies the normal predictability of mathematical consequences. Surely, there can be no debate that this 100 Trillion indebtedness will never be paid off. However, the political accommodations always seem to invent another rescue plan that prevents the wheels of commerce from stopping.

The reason why the elites are able to get away with this practice of delaying the inescapable is that they make the rules of how to elude the last constrains that would impose accountability. The financial game is like a moving target that never flies out of range. The quarry just changes direction and speed. Requirements for default are rewritten and the next imposition of austerity packages demands even more harsh burdens for the taxpayers. Net result from this tactic is that the purchasing power of all paper currencies loses value.

Possessing a monopoly on money means that this alarming world indebtedness only requires a periodic company bankruptcy that liquidates the stockholder equity or a governmental devaluation of its currency, which further impoverishes its citizen’s wealth.

Remember that the Bank of International Settlement is the central bank for all the other banksters’ own fiat fractional reserve branches. The essential question to investigate is why does every readjustment of national borders with the creation or demise of a particular country, immediately establish a national bank that conforms to the standards of the banksters’ financial system?

The obvious reason lies within the control of debt created currency. Not until every facet or deed of possessions is encumbered with a property lien, will the debt total be modified to superimpose a new financial order.

The uber-rich are not a function of amassing wealth alone. Titans of financial oppression are manipulators of the political banking system. Being part of the decisions that expropriate from the common-man and consolidates greater control under the auspicious of an evil elite, is the chart that needs to be tracked.

Funny money always buys fewer possessions. However, global indebtedness diminishes human freedom on a far more vast scale. While the economics of inconceivable debt defies intellectual acceptance, the absurdity of the geo-politics moves further to an institutional enslavement that is even more unimaginable to the naive laborer in a corporatist environment.

How many times have you heard soothsayers and investment guru’s forecast that the collapse is imminent? By all logic, they should be right. Nonetheless, there is to all intents and purposes, no end to the economic and governmental subjugation that continues uninterrupted.

Public and private debts are ultimately satisfied when insolvency turns into liquidation. Lawful and legal procedures do not apply when entire countries and economic alliances go on the chopping block. In the end, the trillions in unpaid debt instruments will continue to accrue interest from the theft of several billion peons that are afraid of resisting the established global order.

Economic prosperity is possible, but only after the chains of financial incarceration is broken. Within this zero interest rate backdrop, the acumination of untold fortunes grows as the people sink into a greater poverty. This plan is working well for the banksters.

Next, the winds of war are on the horizon to ratchet up another phony conflict in order to sell an even greater austerity to the public. It is very plausible that a 100 trillion measure will be but a long forgotten barrier when the gnomes of financial pillage ramp up their next rescue scheme.

Never underestimate the creative criminal wizardry of the central banksters to sell their next round of thievery or the gullibility of the masses to obey the dictates of outlaw governments.