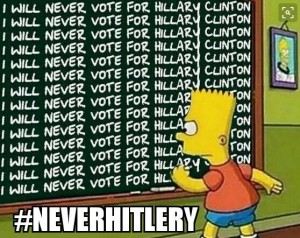 What would happen if 100 Million American Patriots got off the couch & voted for Donald Trump. Would it be enough to overwhelm the certain voter fraud that the DemComs have planed for this election? If we turnout en mass & elect Trump would the NWO Elites that control Obama, the Clinton’s, The Boot licking media & the rest of the Demcom & Republicom sell outs, let their agenda get short stopped by an American resurgence?

Would they even allow Trump to live to take office? These are interesting concepts to ponder and extrapolate.

We know the Govt. has been preparing for a Mass civilian casualty occurrence for many years.
They’ve built multiple FEMA camps with stacks of millions of plastic coffins already in inventory.
The citizens have been reporting seeing trains of UN trucks & tanks moving across the country.
Troops from the UN, China & Russia have been training on US soil for years. Multiple Jihad training
camps have been set up around the country & are operational today. George Soros has been funding BLM &
other radicals to kill Police, riot & create a false sense of desperation in our citizens.

In their desperation to stop Trump & America from waking up, what would this cartel of evil resort to in their global
agenda to communize & Islamisize the world? Would they launch their next phase attacks? Is WW3 about to be ushered in as a result?
Is the America we grew up in now but a ghost for the history books? Will the good decent people of America that have done nothing to stop
this assault on our nation wake up & rise up in righteous anger against the enemy within?

I hope there are still enough patriotic Americans that have wised up to the indoctrination agenda by our “leaders”. Too
many stupid SHEEPLE have fallen for the corruption & lies & vote Democrat like BRAIN DEAD Zombies. Don’t they know that they
vote for their own demise?

I urge every American of every race & persuasion to understand what is at stake here. We Americans are the most blessed &
affluent people in the history of the world. We’re about to fumble it away by continuing to elect the most immoral corruptocrats in
our society. It’s time to get SALTY people. Let’s defeat organized crime & re-elect No one. Let’s deliver Donald Trump the Win & back him
100%. Together let’s run off the enemies of the people & make America Great again. We can win this age old battle of Good Vs. Evil.
The Godly Vs. the un Godly. Who is with me?