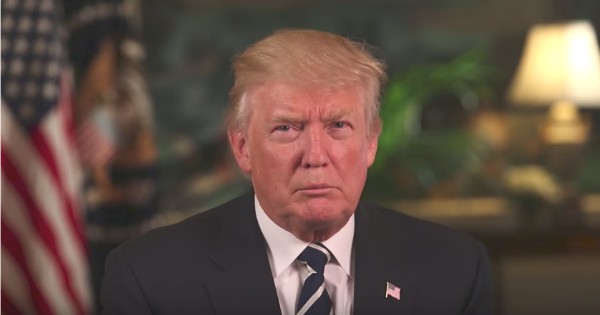 OKAY! This has gone far enough.
It appears to me that two vile women are threatening the life of President Trump.
Being Deep State women, and one of them black at that, they seem to think they are above the law. Here’s a news flash for you ladies, no one is above God’s law. Regardless of the condition of the US justice system, you will be held to account for your words and actions.
I have held off writing this paper until now because I thought I was being overly sensitive, seeing veiled threats where none were intended. But the situation has acquired threatening proportions.
Skipping over the multitude of threats against President Trump by various pip-squeak personalities able to command a public platform (and several thwarted assassination attempts), Nancy Pelosi and Donna Brazile, both in the upper echelons of the Democrat party, are asking for trouble.
This began with House Speaker Pelosi attempting to disinvite President Trump from giving the traditional State of the Union address before Congress in late January.
Attempting to silence the President, as the left attempts to silence all those who oppose and expose them, is understandable. But Pelosi citing “security concerns” raised my hackles. It sounded to me like a veiled threat, but maybe not. So I remained silent.
Next came Donna Brazile’s tweet of January 18 re Speaker of the House Pelosi. Donna Brazile, former head of the Democrat National Committee forced to resign for leaking presidential debate questions to Hillary Clinton, Donna Brazile, publically disowned by CNN (of all things!).
#Madam Speaker today
#Madam President shortly thereafter
#MLK Weekend is underway

Nancy Pelosi is only two heartbeats away from the Presidency; those of President Trump and Vice President Pence. An obvious path to “Madam President shortly thereafter” would be the removal of Trump and Pence, possibly by assassination.
But there are other possibilities here. Maybe Brazile was only referring to an imminent double impeachment. Or, and this is what I hoped (despite the “shortly”), she was simply endorsing a future campaign of Nancy Pelosi for President. Again I remained silent.
But Brazile’s tweet of January 21 has torn it for me.
Leave something behind
#Legacy
#MLKDay

[Donna Brazile’s tweeted bills] So what’s my problem?
$10 bill. Alexander Hamilton – shot to death by political rival Aaron Burr.
$5 bill. Abraham Lincoln – shot to death by John Wilkes Booth.
“Leave something behind”? – like an assassinated political leader?
Anyone of these three public statements, in isolation, is an unconvincing threat. Taken together, not so.
And what does MLK and his Day have to do with Alexander Hamilton and Abraham Lincoln? O, I remember! Martin Luther King was also assassinated! (And since when did MLKDay become MLK weekend?)
My unsolicited advice to the Democrats is to knock it off. What goes around comes around. We really don’t need you plunging the country into a civil war.
My unsolicited advice to President Trump is to take these people seriously. You are in a fight for your life, and the lives of us all.